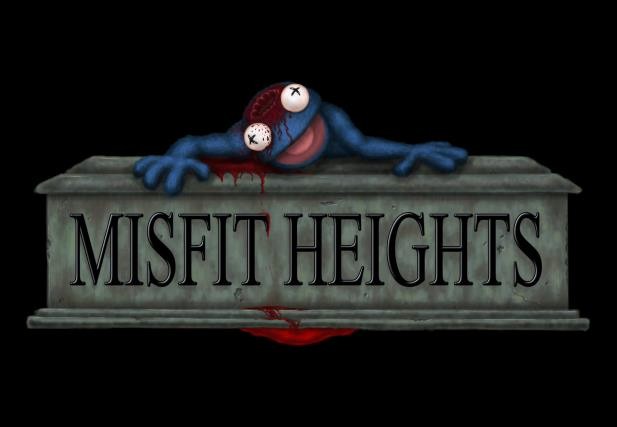 Zombies. Puppets. Musical. What else do you need to know?

Mistfit Heights is a zombie puppet musical. Yes, you read that right, and yes, it’s as awesomely bizarre as you would imagine. We love zombies here at Geek Insider (we use zombies to exercise! We have so many zombie apps we had to narrow them down in this list!), so naturally we’re excited about this gory zombie comedy from independent film studio Unfettered Entertainment.

Misfit Heights tells the story of an apartment building inhabited by puppets of all sorts, and one human landlord. When the landlord goes out of town, the resident mad scientist activates his plan for world domination through an army of undead minions. Everything goes well reviving the undead, but the new zombies have different ideas about the whole “minions” thing, and set out on a course of hungry destruction through the building. Young Joey, the film’s protagonist, is assigned to look after the building in the superintendent’s absence, but has no idea what a massive task that will be! He’s just trying to get a date with his crush, Lisa, when the zombies get in the way. The body count is high, a lot of blood and stuffing is spilled, but there’s still time for few musical numbers.

I checked out Misfit Heights when it was in production, and the film also received great reviews from Gen Con attendees. Burzelic and Grzeskowiak’s puppets look so much like Muppets that the zombie apocalypse is terrifying and hilarious at the same time, thanks to the work of puppet designers David Ray Preston Jr., Jonathan Kidder, and Dicapria. The movie’s songs are funny and disturbing. Overall, this is the kind of zany project you’d come up with, thinking too much about the zombie apocalypse and goofy puppets.

We are nerds ourselves and wanted to make a movie that we would want to see. Truthfully, it’s a niche geek film, which is why the popularity is coming from fan conventions and our internet following. There’s a quality of sincerity that geek and nerds seem to gravitate toward in their content, and I’d like to believe we did that. Misfit Heights is about a bunch of people who don’t really fit anywhere else and so they fit together because of that. And then they battle zombies.- Writer James Burzelic 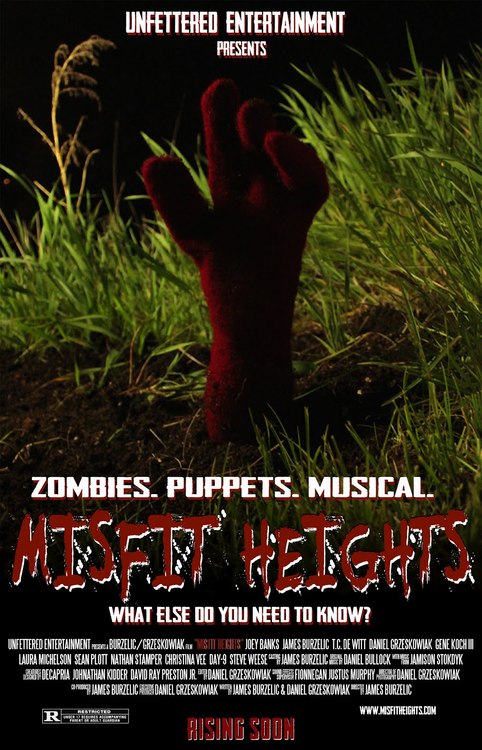 Misfit Heights premiered at GenCon last summer, and has screened a few times since then. Now the DVD version of Misfit Heights will be released on May 1st, 2013.

There’s currently a Kickstarter campaign to raise funds for distribution and promotion. Creators James Burzelic and Daniel Grzeskowiak plan to make the film available on iTunes, Hulu, Amazon and so forth.  Plus, Misfit Heights will be shown at this year’s Chicago Comic and Entertainment Expo in April, and the producers plan to submit it to more film festivals and geek conventions in 2013. Misfit Heights, with updates on showings, is on Facebook, and trailers and stills are available on the film’s website.