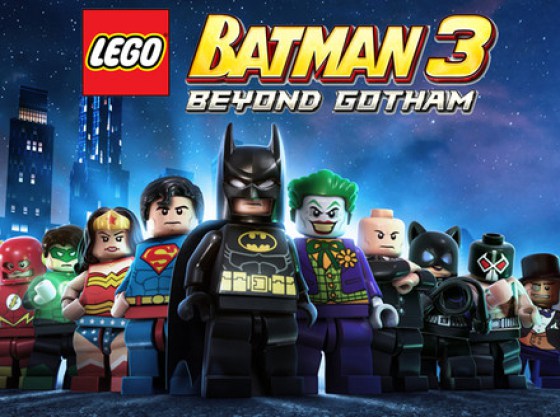 Even with the popularity of the Lego video games, the panel for “Lego Batman 3: Beyond Gotham” seemed like it might be out of place on the main stage at New York Comic Con. After all, a few hours later the cast of “The Walking Dead” would be on the same stage. But the Lego Batman panel turned out to be a big hit with plenty of sneak peeks of the upcoming game.

TT Games game director Arthur Parsons and assistant game director Stephen Sharples were introduced first by IGN’s Greg Miller who moderated the panel. Both gave plenty of insight into the game as Miller playfully poked fun at Sharples and keeping the room laughing. It also helped that at every turn there was new footage and commentary on the game.

First and foremost there is the almost excessive list of playable characters. DC Comics CCO Geoff Johns and director Kevin Smith are two of those characters and the real life non-Lego versions of them were on hand to talk about the experience. Johns discussed the want to outdo the size of Lego Marvel’s roster. Well they definitely succeeded. Virtually the entire DC Comics roster seems to be present.

Plus there are pop culture figures on top of that. The panel revealed a number of new faces including Conan O’Brien, the Mad Hatter, Man-Bat and the Green Loontern. The Green Loontern is a reference to an episode of “Duck Dodgers,” where Daffy accidentally gets the Green Lantern suit and ring back from the dry cleaners. So these are the type of obscure characters popping up in the game. When a fan asked who the panel’s favorite character not in the game is, Johns and Parsons both said that they couldn’t answer because almost every character a fan would think of is in “Lego Batman 3.” Speaking of reveals, in addition to the three DLC packs already announced centered around “The Dark Knight,” “Man of Steel” and Batman’s 75th Anniversary, the Comic Con crowd was the first to learn of a fourth featuring levels and characters from the CW series, “Arrow.” After some extended game footage was shown featuring Green Arrow, the star of the series, Stephen Ammel was introduced surprising the crowd. “I don’t want anyone else voicing Green Arrow,” he said. He and Smith garnered much of the attention from the audience questions also. Smith talked about video games giving us an opportunity to run toward danger no matter our bravery in real life and he’s drawn to that. He was also pleased with his thin physique in Lego form.

Near the end of the panel, with all the excitement about announcements, sneak peeks and surprise guests, actor Troy Baker, voice of Batman in the game, gave a haunting quote in the voice of The Joker, which he portrayed in “Arkham City: Origins” last year. The sarcastic actor, who cracked jokes for most of the hour, prefaced the performance by revealing how nervous he was debuting the voice last year. But the NYCC crowd was very supportive of it. If you haven’t heard Baker’s Joker, trust me when I say it is very successful.

To be able to appeal to hardcore comic book fans, gamers and children is no easy feat. Overall the “Lego Batman 3” panel was one of the most fun of the day. With a diverse group on stage and tons of announcements, it’s just like a Lego game. It didn’t disappoint.

The Dish on Beautylish – App Review