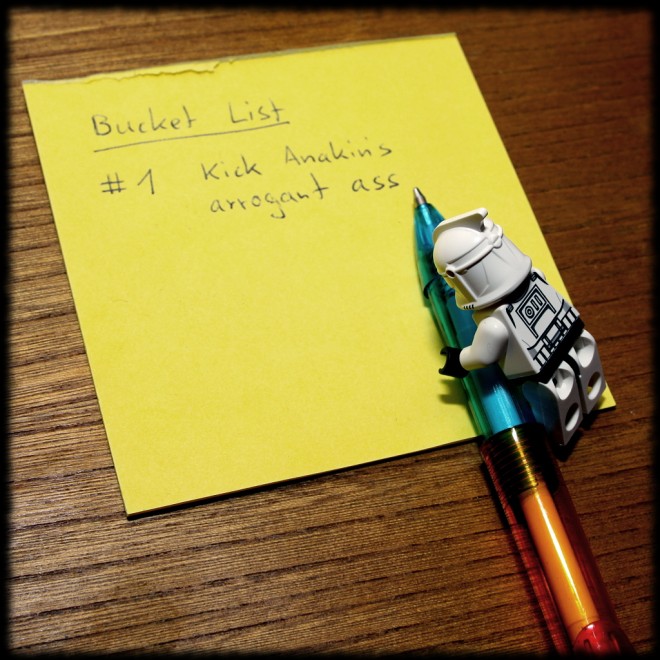 I’m sure you have heard of the term bucket list, and it’s always filled with amazing and crazy things like skydiving, or visiting a certain place, blah blah this and blah blah that. Who wants to fall from the sky? Not me. I would much rather be chilling in my cave with a Redbull in my left hand and a controller in the other. So…. without further adieu, I present to you, the geek bucket list!

I’m sure that for many of you…. cough cough… noobs…… cough cough….. this may seem like a stupid one, but trust me, and millions of other people, it’s not. Counter Strike: Source is possibly the most famous shooter of all time. Any person that knows shooters, knows Counter Strike. Even now, it’s still played a lot. It still holds enough water to have competitive league play. It also has a variety of really fun mods for those of you that don’t like the classic aspect of it. With modes ranging from a fun and sometimes scary zombie mode, to obstacle courses, Counter Strike: Source should be on anyone’s list of things to do before that respawn timer shows up.

Conventions are some of the most fun environments that geeks can find themselves in. There are so many  fun things for a gamer/geek to enjoy at a convention like E3, Comic-con, PAX, or RTX. There are lot’s of booths to go to, ranging from all sorts of things, from just geeky websites, to game developers. You can score free stuff there, as well as preview some up and coming content. The cosplayers can be…. very interesting, meaning good and bad. Sometimes you can come across a complete look-alike to an in-game/T.V. character, and then there are the others, which look….. well you can figure that one out. You have a lot of opportunities to get some hands on experience with games and gadgets at conventions, too. You can be the envy of your friends by being able to say that you were the first person to play the next Halo game. Conventions really offer a lot and any geek should do their best to teleport themselves there.

If you’re a geek, and especially if you’re a gamer, some sort of caffeine had to have gone through your system at some point, whether it just be soda, or a Redbull. Why not take it up a notch and try some caffeinated bacon bits for a change, yeah, that’s right, I said caffeinated bacon bits. There are a variety of items out there on the interwebs that are caffeinated to their limit and completely purchasable. With items ranging from caffeinated peanuts, to “Mana Potion” energy shots, there are plenty of ways to get the jitter juice into your system. Geeks are definitely going to want to have some of these in their cabinets and drawers.

4. Level to Max in World of Warcraft

Ahh, World of Warcraft… how you’ve sucked hours of precious life out of us so. A major milestone in many gamer’s lives is that they can claim to have leveled a character in WoW to the max level (whatever that may be at this point after yet another expansion). WoW truly is the father of MMO’s and if you want to claim to be a geek you have to at least played it once in your life. There are a lot of fun and interesting things you can do in that game. Like dungeons, for instance, and the auction house, where you can spend hours of your life trying to sell that hammer that you just want to get rid of, but no one wants to buy it from you. Also, you haven’t experienced geekdom until you have put in those long and grueling hours just to get to that next level.

This is just a super simple concept, but can also be the most complicated one you’ll see. If you ask any gamer, especially WoW or CS, they’ll especially know 1337 speak. It’s an essential part of the geek life style. If you don’t know it, then its best to not really type in a lot of hardcore gaming places, because you’ll get a head of steam coming your way. The best part about 1337 speak is, you can’t even ask people what things mean, because they just expect it of you. In the end, though, 1337 speak is like a native language to the gaming world, you don’t have to be fluent in it, but you do need to understand it.

6. Play in a Competitive League

Who doesn’t like playing a game they love to hopefully win money. With competitive leagues, you can do just that. There are lot’s of games you can play in a league as well. From Counter Strike, to League of Legends, there’s a league for everyone. In these teams, you can also learn just how much teamwork there is in the game. You learn all the ins and outs of each map you play, all the angles, and some lingo to go with it. With Halo, you can learn what the phrase, “One shot my X” means. There’s also a social aspect to it, as well. You can interact with all the players in the league, and hopefully learn new things about the game and hone your skills even further. You don’t have to play for money, really, but if you’re a geek, you should at least  play in a competitive league once, for the experience.

I know this seems somewhat specific, and I don’t wanna be burned from hate, but ‘Lost’ is a cornerstone in the geeky TV show world. It’s one of the greatest shows that has ever aired on a TV, and it will probably stay that way for a long time. If you like suspense, then there really is no other TV show to go to other than this show. After every episode, this show will leave you wanting more and more each time.

There are many reasons to pull an all-nighter. To finish a paper for class, to play a game with your friends, to watch a show marathon, etc. In all honesty, if you want to even call yourself a geek, then you have to have pulled an all-nighter at least once in your life. You can’t be an authentic geek unless you’ve stayed up all night in your cave playing Halo with your friends, or beating Grand Theft Auto Five in one night. Furthermore, you don’t get to experience the true joy of caffeine unless you do. Coffee will become your best friend, or Mountain Dew, maybe energy drinks, too. All in all, you will learn to appreciate caffeine even more than you might right now. You also never get to experience the essence of true gaming unless you pull one all-nighter. You can find out just how much progress you can make in a game, or just how much you can level up in multi-player by burning the midnight oil.

9. Go to an MLG Tournament

MLG may seem too geeky to you, but that is why you came here, right? For those of you who don’t know what this is, first of all, where have you been? Secondly, it stands for “Major League Gaming”. MLG events are really fun because of the competitive aspects. You can see the extreme of playing in a competitive league, and watch them yell, scream, and talk sometimes incomprehensible lingo to each other. It’s also really, really exciting. Everyone loves a good close multi-player game. Sometimes, when they come down to the last few seconds, they get really, and I mean really, intense. If you don’t go there for the excitement only, you can also go there for somewhat of a learning curve. You can learn what the players do since you can watch them head on, and you can learn all of their tactics for each of the maps. MLG is truly geeking to the max, and every geek should try to see at least one event.

Who doesn’t love a little remote that can control any TV and turn it off and on, and blast the volume? Well… maybe the people who are watching the TV when you do the prank. Geek gadgets are really fun to have, and every geek should have at least one. They don’t even have to be pranking-wise. They can be really weird, and sometimes tacky. There’s switch blade bottle openers, funny headphones, to even light sabers. All these items are really fun to use. I, personally, have used the remote I mentioned in a restaurant. Everyone was freaking out as the channel was changing and the TV was turning on and off. Having a geeky gadget is truly a thing that all geek kind should be able to enjoy.