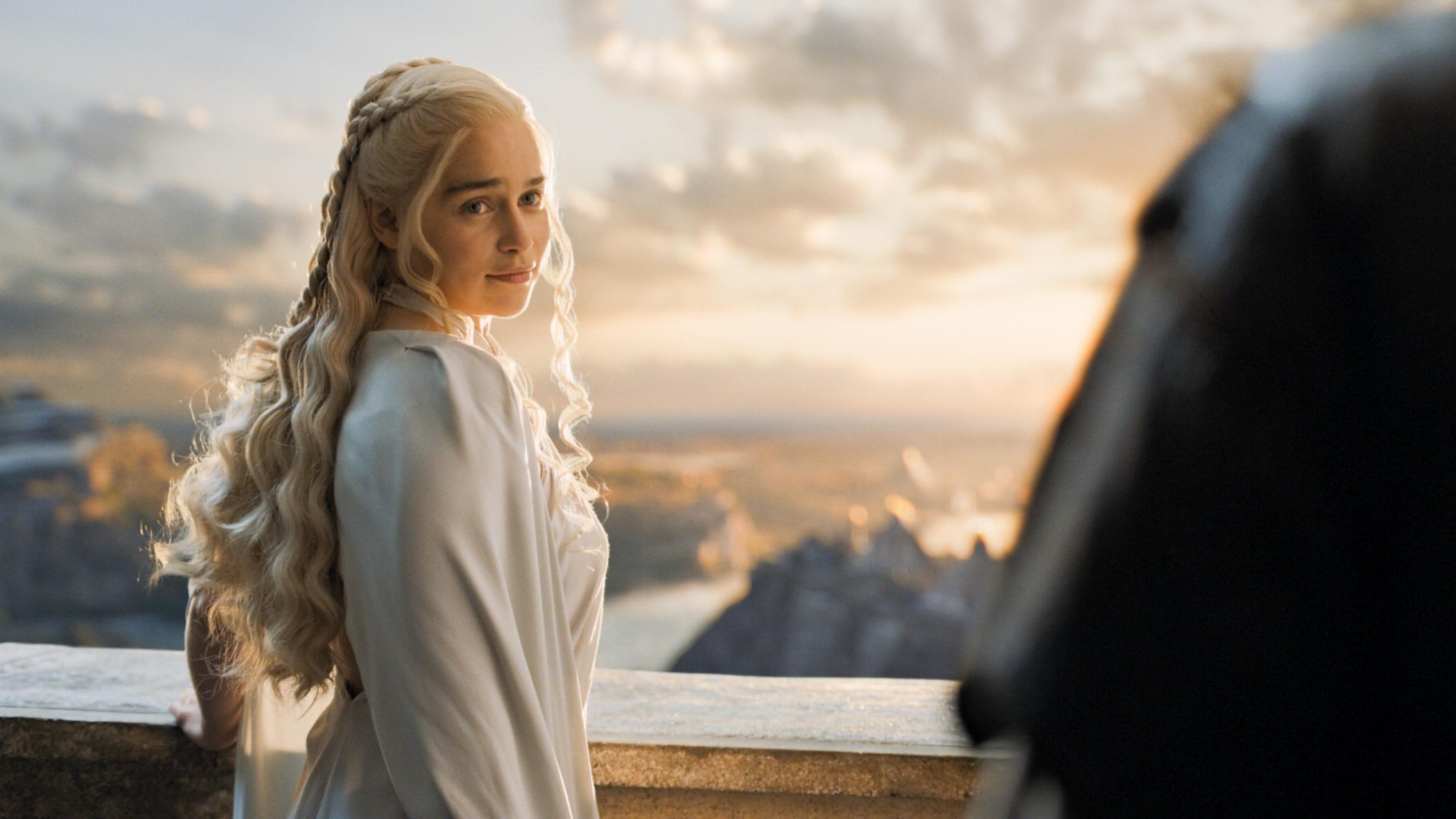 So they did it to us again. A show where characters die seemingly every week, has upset us by killing off another character. But if that’s not enough for you, fanatics were militarized, characters we like were imprisoned/ kidnapped, and can that dude just shut up already about opening the fighting pits?! This week’s episode was a frustrating affair. But the episode was titled “Sons of the Harpy,” so I guess that was to be expected. More like sons of biotches, if you ask me. Am I right? (Tom goes for a high five. Is met with a blank stare from his dog.) Anyway, here’s our Game of Thrones recap.

The ABC’s of Westeros: Arresting People, Banking and Cults

Let’s start with King’s Landing, the always-fun, septic tank of a city. At the small council, Mace Tyrell discusses the Iron Bank of Braavos, calling in some of the debt the crown owes them. They can’t pay it of course, so Cersei decides the best course of action is to send Tyrell to Braavos to negotiate new terms. Ser Meryn Trant is going with him. Meryn Trant is a grade-A ass-hat, so I’m questioning why Cersei wants him to go. But let us not forget that Ser Meryn is on Arya’s list and Arya is in Braavos. Hmm, this could be good.

Cersei isn’t quite done scheming for this episode though. She meets with the High Sparrow and authorizes the group to revive the concept of a Faith Militant. In other words, she made it legal for the cult to assault people and cause property damage in the name of the Seven. So they carve the seven-pointed star into their foreheads and run amok. They trash one of Little Finger’s brothels. Then they arrest Ser Loras Tyrell because of his homosexuality. Now, is this a good plan for the woman who has had multiple incestuous relationships and mothered three children with her brother? I dare say, it probably is not. Margaery freaks out to her new husband about her brother’s arrest. So Tommen first tries to talk to Cersei, but he gets nowhere. He goes to the High Sparrow, but the Faith Militant block the way. Tommen gets nowhere there either. We leave King’s Landing with Margaery off to tell her grandmother, the Queen of Thorns, about Loras’ arrest. So in other words, it’s about to get real.

It’s also about to get real at Winterfell, real frustrating. Sansa visits the crypts under the castle, lighting the candles for the deceased Starks. Little Finger shows up to inform her that he has been called back to King’s Landing by Cersei. But first they talk about the event that started Robert’s Rebellion, when Rhaegar Targaryen took a liking to Lyanna Stark. Was it just me or did Baelish look a little skeptical when talking about her being kidnapped? I love Game of Thrones history lessons. Anyway, he tells Sansa that Stannis’ impending attack will likely lead to the Boltons being defeated and her being named Wardeness of the North. Sure, but she’ll probably be forced to marry Stannis’ crazy cousin Gary or something. (I made up Gary, but I expect royalties if this plotline comes to fruition in future seasons.)

Speaking of Stannis, we get a nice(ish) scene where he is (kind-of) sweet to his daughter, Shireen. He tells the story of how a doll he gave her as a baby led to her greyscale. But he wouldn’t rest until she was cured, which eventually happened. Also, what a bizarre time it has been since Jon took command of the Night’s Watch. In this episode, he signs some letters asking the lords from the North (including Roose Bolton) for men to join the Night’s Watch. Then Melisandre shows up to again request his help in taking the North from Bolton. He says no again. But then she just whips out her bosoms right there in the Lord Commander’s office. He eventually turns down her naked advances, but what the heck!? He tells her that he still loves Ygritte. As Melisandre leaves, she turns back and mutters those famous words. “You know nothing, Jon Snow.”

As Jaime and Bronn chat on the way to Dorne, it would seem Jaime has lost all support for Tyrion since his brother murdered Tywin. Once reaching land, the two are forced to defeat a group of Dornish guards. Jaime is pretty terrible with a sword these days, but the pair is successful in the fight. We are then introduced to the Sand Snakes, Oberyn Martell’s three oldest daughters. Ellaria Sand meets with them and discusses a plan to start a war with the Lannisters. Also, they know Jaime is in town to take back Myrcella. It’s about to go Dorne! Get it, like down, but instead I said Dorne?

Across the Narrow Sea, Ser Jorah steals a boat and sets sail with the captive Tyrion. We learn he’s bringing him to Daenerys, not Cersei. So in other words, it’s a shortcut to where Tyrion was already going. If they could just swing back and pick up Varys that would be great.

The Bold, The Worm and The Harpy

In Mereen, we get two small scenes before the brawl that dominates the storyline. Ser Barristan tells Daenerys about how Rhaegar Targaryen used to like to sing in the streets of King’s Landing. Wow, another mention of Rhaegar and this one sure doesn’t present him as the kidnapping psycho he supposedly was. Dany then meets with Hizdhar zo Loraq who, you guessed it, wants her to reopen the fighting pits. It’s like my eyes are in a fighting pit the way they are rolling through this waste of a scene. But onto more pressing matters.

After causing a ruckus in the streets, the “Sons of the Harpy” lead a group of Unsullied into a trap where they are severely outnumbered. Grey Worm takes control of the fight, but his pals are killed off. As he gets stabbed a few times and almost killed, Ser Barristan shows up and kills most of the Sons. But he is overtaken. Grey Worm kills the one last enemy about to slit Ser Barristan’s throat, but they both collapse on the ground.

They don’t reveal it in this episode, but it would seem “Barristan the Bold,” often considered to be one of the greatest fighters in Westeros, is dead. But since hearing the speech he gave in Season One, after being dismissed by Joffrey, it would seem dying in the name of Daenerys, in battle, is a fitting end for him. It still hurts my fragile Game of Thrones fan emotions though. So, how will Dany respond? The preview for next week’s episode seems to point in one specific direction: dragons! Well, I’ll see you next week. I’m off to sing in the streets like Rhaegar.