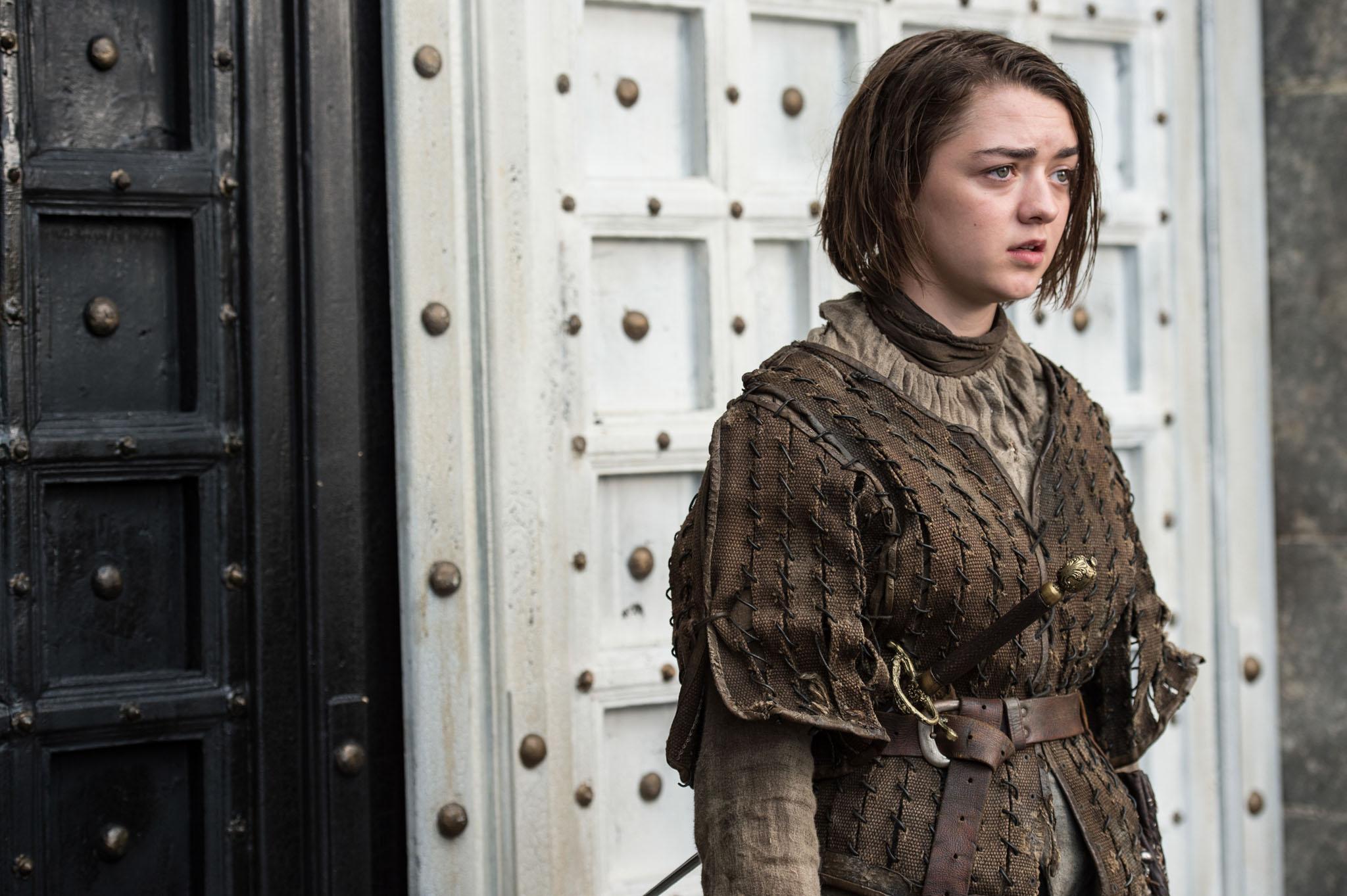 Throughout the first four seasons of “Game of Thrones” the memorable moments we think of are often the most difficult to watch. When our favorite characters get a victory, its usually subtle. But man oh man, was this latest episode, “The House of Black and White,” a good one. We had some really pivotal scenes play out for a bunch of our favorites. Season 5 is definitely in full swing now. Here’s our recap.

Dorne to Be Wild

Before we actually visit Dorne, sulky Cersei needs to whine about them a bit in King’s Landing. Actually she kind of has good reason to be annoyed. She receives a snake statue with Myrcella’s necklace in its fangs. When she shows Jaime, he says he will go to Dorne and bring her back to the capital. He probably just wants to get away from Cersei. But since the “King Slayer” still isn’t the swordsman he was with two hands, he needs to recruit a sidekick for his mission. So he goes to visit Bronn, who is now a domesticated knight planning his wedding to Lollys Stokeworth. Jaime has a letter saying that Lollys will actually marry someone else despite Cersei’s promise. So now Bronn is free to go with Jaime to Dorne. The prize is a new wife with a bigger castle.

Cersei keeps busy after Jaime leaves by meeting with two guys who claim to have Tyrion’s severed head. But it’s not his. Qyburn, who gets weirder by the episode, asks to keep the head. Sure Qyburn, keep the head. Have a blast! Cersei then attends the meeting of the small council, which is a who’s who of minor characters. Cersei announces that she will sit in on the council until Tommen comes of age and picks a new Hand of the King. She appoints resident nincompoop Mace Tyrell as the new Master of Coin. Qyburn will get Varys’ old position of Master of Whisperers. His qualifications, you ask? Well I imagine he has whispered before. So there. Tywins’ brother, Kevan Lannister turns down his position, as Master of War, because he knows this is all Cersei’s doing and not the King’s.

In our brief introduction to Dorne, Ellaria Sand is angrily staring at Myrcella Baratheon from afar. Some time has passed since Oberyn (her boyfriend, lover, or whatever) died, so are we to assume she has just been staring at Myrcella ever since? Creepy. Well she goes to meet Prince Doran, Oberyn’s older brother, and demands he do something about the Lannisters killing his brother. But since Oberyn died in a trial by combat it wasn’t really murder. That is true, but the death by head explosion seems to have left a bad taste in Ellaria’s mouth. Would you guys say that it “blew her mind?” That pun was intended, folks!

But this week was all about storylines converging and characters coming together. In the Vale, Brienne and Pod happen to stop and eat at the same inn as Baelish and Sansa. Brienne approaches them and pledges her self to Sansa and swears to defend her and all that. But Sansa isn’t having it. So after the knights accompanying Little Finger and Sansa try to capture Brienne (she kills most of them), Brienne and Pod decide to follow the pair to keep Sansa safe. During the fight there was also a moment that seemed like a prime opportunity for Podrick to be killed off. Luckily Brienne saved him.

On the way to Meereen, by way of Volantis, Tyrion and Varys discuss Tyrion’s time as Hand of the King. Tyrion wished he had left the city with Shae after the Battle of the Blackwater, but he didn’t because he enjoyed the politics. The short length of this paragraph is consistent with how necessary this scene was.

In Meereen, Daario Naharis and Grey Worm catch a member of the Sons of the Harpy. Daenerys’ advisors are split on how to handle the prisoner. Half of them want the guy executed and the others want a trial. Ultimately Ser Barristan convinces her to give the man a trial by telling the story of how her kooky father, the Mad King, used to burn his enemies alive thinking the brutality showed his strength. But Mossador, a former slave who acts as one of Dany’s advisors, goes against her ruling and kills the prisoner. So she in turn has Mossador publicly executed. The former slaves watching start to hiss and then a riot breaks out. (Pardon me for this geek history tangent, but this is the same thing that happened in season 3 when Rickard Karstark goes against Robb Stark and kills their Lannister prisoners. Robb then beheads him and the Karstarks turn against him. Now Dany has lost the support of the former slaves. Here’s a lesson for you kids. If you become a ruler in a fictional kingdom, keep up on current world news so you don’t repeat the mistakes of others.) Oh and Dany’s missing dragon, Drogon, also shows up but he won’t let her pet him. This is the “Game of Thrones” equivalent of “Mom, leave me alone. You’re embarrassing me!”

Black and White and Arya All Over

In Braavos, Arya arrives at the headquarters of the Faceless Men, the House of Black and White. She is turned away at the door, but sits outside for what seems like a long time. In a haunting scene, she recites her list of victims over and over while looking at her iron coin as the weather changes around her. Eventually she throws the coin in the water and walks away. But after decapitating a pigeon, and almost fighting a group of dudes, the doorman from the House of Black and White shows up. He gives her back her coin and changes his face to Jaqen H’Gar. So Arya enters the House with him.

Lastly we visit Castle Black where a whole lot happens. Stannis’ daughter Shireen is teaching Gilly to read. But her mother isn’t having it. Is anyone else impressed with how this little girl is somehow an incredible English teacher? Stannis is mad at Jon for putting Mance Rayder out of his misery in last week’s episode. How dare you kill a guy I ordered to be killed a different way! But obviously he’s not that mad. Stannis claims that if Jon kneels before him and pledges his life to him, he will be given his father’s name of Stark and in turn become the Lord of Winterfell. It’s quite the deal if you ask me. But this isn’t even the best part.

When all the Crows gather to vote for the new Lord Commander of the Night’s Watch, Jon tells Sam that he is going to turn down Stannis’ offer because he pledged himself to the Night’s Watch. Maester Aemon leads the proceedings asking for Lord Commander nominations. Resident Night’s Watch weenie, Janos Slynt nominates Ser Alliser Thorne. Denys Mallister, a character we don’t really know is also nominated. So let’s vote. No wait! Sam has something to say. Jon Snow is awesome. Jon Snow has done all kinds of epic things. And most importantly, Jon Snow is one the main characters in this series. He should be Lord Commander. So the voting commences and we have a tie between Thorne and Jon. Maester Aemon, who is just so darn cheeky, didn’t vote yet though. So he slow rolls them, dropping his token in favor of Jon freakin’ Snow. Lord Commander Jon Freakin’ Snow!

With Arya and Jon having such pivotal moments, this episode definitely delivered. Things are probably going to be complicated from them in subsequent weeks, but I am going to take this fan victory. We don’t always get them on “Game of Thrones.” So enjoy this while it lasts. And next week, I’ll prepare for the worst.