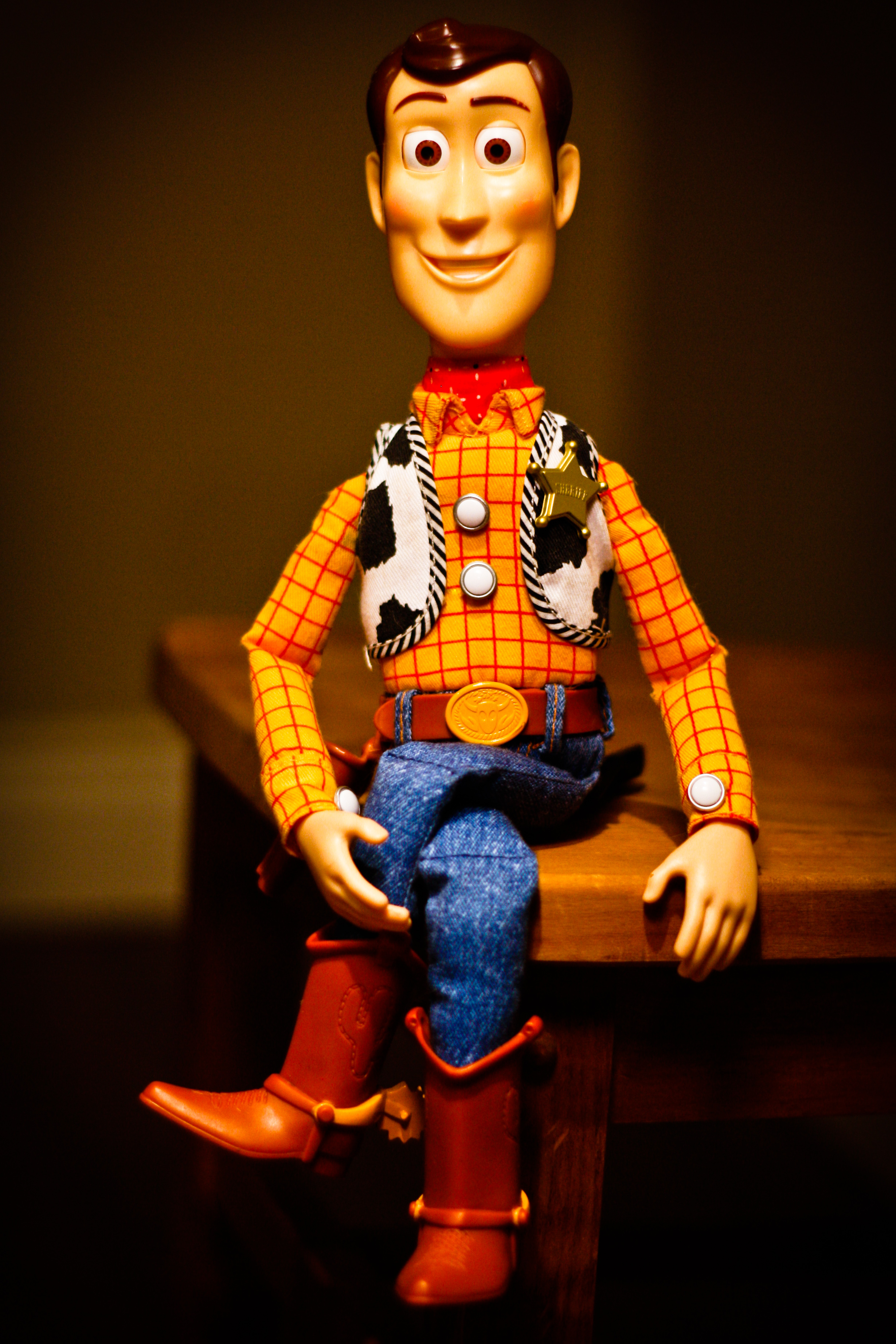 Before Forest Gump, Saving Private Ryan and Cast Away, Tom Hanks was a leading man in some wacky comedies in the ’80s. He was known for playing the conflicted regular guy who had to face the inevitable dilemmas that came with dating mermaids, turning into a giant 12-year-old or being forced to dive into volcanoes.

Given his background in comedy, his skills as an actor and his pleasant disposition, it’s no surprise that this man was part of one of the most successful animated franchises of all time. No, I’m not talking about The Polar Express. You know which movies I’m talking about. This article isn’t here to sing the praises of Toy Story, it’s to detail a golden opportunity for Pixar and Dreamworks to make even more loads of cash by turning these six ’80s classics into family friendly animated reboots voiced, of course, by Hanks Tom.

This is the Little Mermaid re-written for the ’80s and it’s prime for a tween rom com revamp. Tom Hanks’ character Allen Bauer is rescued from drowning by a mermaid (played by Darryl Hannah). The mermaid wants to reunite with Allen after he’s saved, so she sprouts legs and ends up searching for him in New York City where she eventually makes a big “splash.” (Get it?) When she finally finds Allen, they fall in love, but she has a secret. She’s a mermaid…hilarity ensues.

Okay, this story would need some re-vamping, but hey it’s a timeless tale from the sea that needs to be retold: boy is saved by mermaid, mermaid falls in love with boy, and mermaid hits The Big Apple to reunite with boy so they can live happily ever after. The Little Mermaid: Lost in New York starring Tom Hanks is what needs to happen here.

A 12-year-old wants to be big. He makes a wish at a carnival machine to be big and is turned into Tom Hanks. Come on, that’s a plot perfect for any type of cartoon animated feature. Take out some one of the more adult scenes and how depressing being a grown-up is, and you have a cartoon version of Tam Honks running around on screen delighting children and adults alike.

Synopsis: Tom Hanks could be a toy maker who’s sick of his job and burned out from the daily grind. He yearns for the carefree days of his youth, and ends up in his toy company’s Indiana Jones like warehouse that’s filled with rare toys where he stumbles upon a magical Zoltar machine. Zoltar could be an evil genie who grows more powerful with each wish that he grants. When Tom Hanks wishes to be a kid again he awakens and frees the genie into the world. The next morning Hanks is 12, and he’s the only one who can stop the evil Zoltar…adventure ensues.

Tom Hanks must adopt a French mastiff named Hooch in order to find a murderer. Okay, that sounds pretty ridiculous and kinda dark, and towards the end it gets pretty sad. (Spoiler alert: Hooch is killed in action). However, imagine a Pixar cross over where Woody teams up with Bolt to track down bad guys. All I’m saying is that Tom Hanks teaming up with a giant dog was comedy gold. It was a solid bit in the ’80s, and it could still work today.

Since Pixar doesn’t really like to use humans all that often as their leads, this could be better suited as a Dreamworks animated feature. Spielberg has already directed an animated adventure movie with a dog (The Adventures of Tintin), and he’s chums with Hanks, so the new Turner and Hooch could be The Odd Couple meets Tintin. If that wouldn’t work, you could simply change Tom Hanks’ character into a detective cat. Same plot as Turner and Hooch, but Tom Hanks is a cat…animal buddy cop bonding ensues.

Tom Hanks plays an overstressed suburbanite who’s paranoid that his new next door neighbors might be part of a murderous cult. He teams up with his two slightly less psychotic neighbors, an army nut played by Bruce Dern and a blowhard played by Rick Ducommun, to prove his paranoid theories about the creepy new family on the block who call themselves the Klopeks. Their investigation shakes up the whole neighborhood and leads to an explosive ending (spoiler alert: they blow up the Klopeks’ house).

At face value, this might seem hard to envision as an animated reboot, but in 2006, an animated movie called Monster House touched on this idea of horror in the suburbs. Whether it was intentional or not, Monster House paid homage to kid adventure movies in the 80s and other tales of the macabre from suburbia, so it’s been done before and can be done again, this time as The Burbs.

Tom Hanks and his two cohorts in the film act so immature and have such childish imaginations that turning them into 10 year olds who are afraid of creepy neighbors who turn out to be aliens, or monsters or vampires could work really well as an animated movie. You wouldn’t have to change the main plot. The characters would just have to be changed to kids. Tom Hanks character would be the leader (your Mikey from The Goonies if you will), Bruce Dern’s character would be the tech specialist/eagle scout in training, and Rick Ducommun would play the lovable fat kid who is comic relief. Together they have to prove the Klopeks are up-to-something no good and boom…childhood mischief ensues.

Saved the best for last. Joe Versus the Volcano is wonderfully weird and the most fitting for an animated adventure remake. Long before Cast Away, Tom Hanks (Joe) was convinced he had an incurable disease and volunteered to go on an expedition to the remote island of Waponi Woo to stop a volcano from erupting. He leaves his oppressive job, buys all the equipment an explorer would need and teams up with Meg Ryan to go on a voyage to the island. This movie has twists and turns, romance, adventure, and an island of natives who love orange soda more than Kel Mitchell.

The movie, on the whole, is pretty much told as a fable and they don’t even diagnosis Tom Hanks’ character with a real terminal illness, they just say he has a “brain cloud.” You could just remake it shot for shot as an animated feature and have Meg Ryan and Tom Hanks return to voice the characters. You could take it a step further by using the main characters and borrowing some elements from the The Wild Thornberries or the movie RV set in the high seas.

Synopsis: Tom Hanks plays a former wildlife photographer and father of three who finds out he has a brain cloud. The only cure for his affliction is found on an island deep in the middle of the ocean. His wife, a former yachtsmen, charters a boat and the family goes on a wild adventure on the high seas in search of the island of Waponi Woo where they come to learn (through the course of their adventures) that the island’s volcano could explode and destroy the natives’ village…an odyssey ensues!

Are you getting the formula here?

It’s pretty simple. We lift the basic gimmicks and plots of these Tom Hanks ’80s movies and combine them into zanier, more kid friendly animated features. Sure, there might be more appropriate ideas for Pixar, Dreamworks and other animated studios to bring to life. They may have ideas in the works that might be viewed as “better,” or have more “logical plots,” or follow the “successful Pixar/Disney story formula,” but I can tell you right now, even with the possibility of Toy Story 4, whatever ideas they have on the table could always use more Tom Hanks.

You get a pro-Hanks story in a former Hanks plot you’ll trigger the nostalgia glands of ’80s kids who are all grown up. Those ’80s babies have babies of their own now. On opening day alone, any studio that produces any one of these remakes will make more money than Bubba Gump Shrimp, and when it’s all said and done you can look back to this article and have me to Hank for bringing all these ideas to light.

Hanks for your time, and go watch these movies now before they’re revamped.