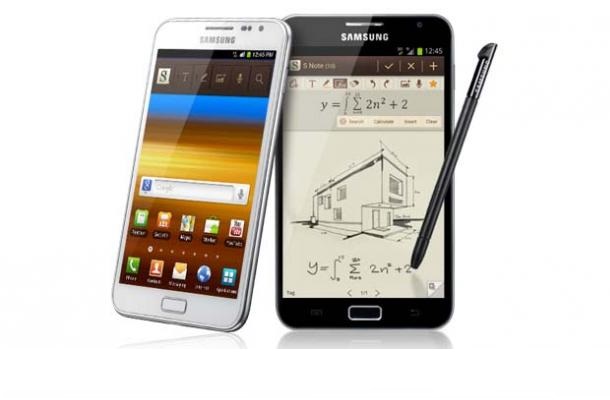 The tech world can hardly breathe with all the hype and expectations surrounding Samsung’s upcoming Galaxy S IV, but that doesn’t stop their other flagship from hogging the limelight as well. Fresh rumours have surfaced about the latest edition to their highly successful phablet series – The Galaxy Note 3.

The latest iteration of the Galaxy Note series is rumoured to have a 5.9-inch display, a 0.4-inch increase from the current Note 2, and 0.6-inches from the original Note.

The phone is being scheduled to launch in the second half of 2013, and is being said to include an 8-core processor, much like the Galaxy S4, releasing on the 14th March at an ‘unboxing’ event by Samsung in New York City.

The new handset will be powered by the in-house Exynos octa-core chipset to meet consumer demand for faster data processing and download speeds. Even if these kinds of sizes ― from 5-inch to 6-inch ― are stretching the limits of traditional pockets, well-made phablets using bezel-less technology have been warmly received. Users prefer bigger phones and they use them more often. Samsung will be more focused on larger phones.

Note 3 is also being said to have the Eye-Tracking technology that the S4 is being expected to ship with. This would include “Smart Scroll” and “Smart Pause” – which would automatically scroll the phone’s display – and pause video – whenever the user looks away from the display. Additionally, the Note 3 will have 4G LTE capability.

With a scheduled launch for the second half of the year, the Galaxy Note 3 would most likely ship with Android 5.0, which itself is expected to be unveiled at Google’s I/O event in May this year.

While the HTC Butterfly has led the trend of high-density full HD displays, Samsung is not expected to fall behind. Note 3 is being said to have a full HD display, with a pixel density of approximately 373 pixels per inch.

Being bigger and better than the Note 2, the handset is expected to be more expensive than its predecessor – around the £620 mark, which would make it a rather expensive phone, tablet, phablet, or whatever you want to call it.

Going by the rumors doing the rounds so far, one can be fairly certain about the following specifications:

Previous rumours had suggested that the Galaxy Note 3 would have a mammoth 6.3-inch screen, which would push it more towards the tablet category, rather than the phablet one. A 5.9-inch screen, fortunately, is a little easier to digest.

A major concern for many with such a big screen would be the handset’s battery life. Running such a large display, that too with an 8-core processor, could make the handset a heavy battery-hog. There is no news on the battery specifications yet, but the handset is unlikely to have anything less than 3300mAh.

The launch of a 4.9-inch S4, and a 5.9inch Note 3, are examples of a shift by all major manufacturers towards having large-sized flagship models, with Samsung leading the way. This is now leading to pocketability-issues, with consumers now wanting to stick to smaller-sized phones. Manufacturers, however, don’t provide the same performance for smaller-sized handsets.

An exception to this trend is Apple, which only moved from a 3.5-inch screen to a 4-inch screen for its latest iPhone last year, and has stuck to its commitment for providing a handset that could fit comfortably in the hands. Samsung, however, is confident that such a screen size will not discourage sales of the Galaxy Note 3.

What do you think about this continual increase in screen size with every launch ?