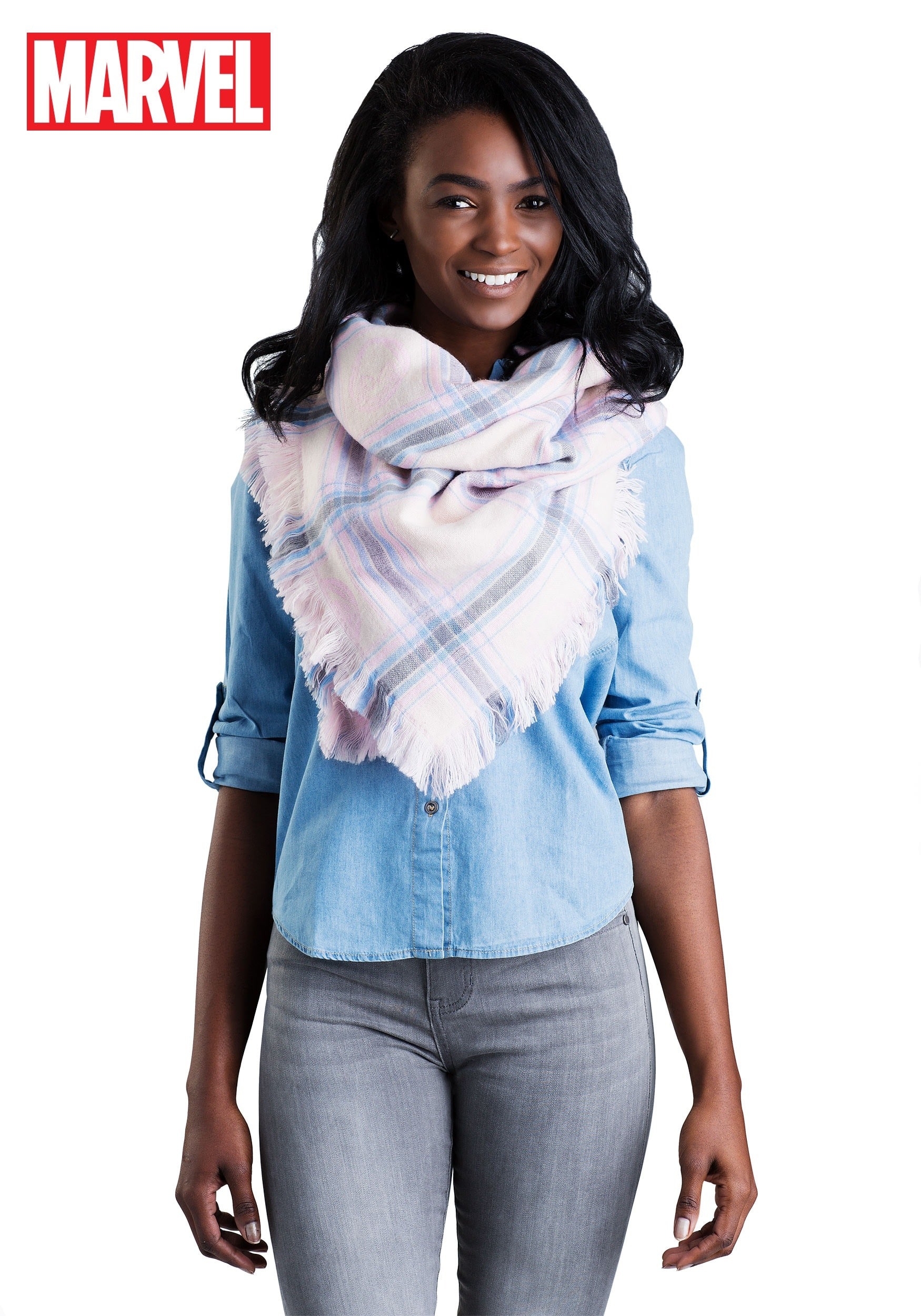 I have recently come into possession of some pretty sweet loot from Fun.com. If you find yourself cocking your eyebrow a hair at a name so precisely on the nose, fret not, I did as well. But in the name of a year of living dangerously, I came in prepared to give them a fair shake, and, gentle reader, so far I’m delighted. I have 3 items, and each will be given a full day’s run before it is written up, to better gauge the overall success. Today, we start with the Marvel Spider-Gwen blanket scarf, which is a large, gorgeous piece of fabric. 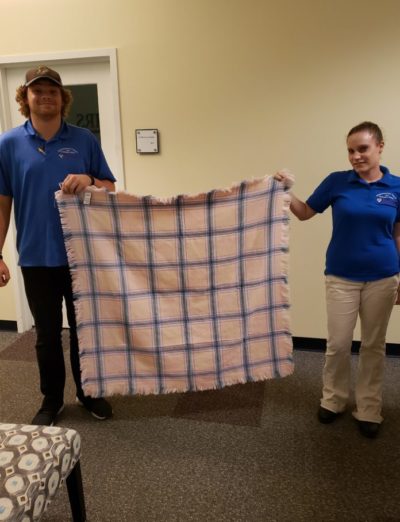 Scale, courtesy of Joe and Meg, who are, respectively, very tall and very short.

Prior to this, I had a working and relatively accurate definition for both “blanket” and “scarf” but little conception of what they mean combined. The answer is exceedingly soft – far softer than it appears – tartan scarf material cut into a square roughly the size of a baby blanket. In this particular case, the colors are soft, complimentary pastels, with a barely noticeable Spider-Gwen logo appearing at regular intervals.

Having had exactly zero experience with this new and exciting genre of scarf, there was a learning curve, in which I attempted, like some drunk kitten, to wear it like a normal scarf. Eventually, a co-worker spotted my distress and recommended folding it into a triangle and sort of draping it around my neck, with the pointy end towards my belly button. Success! It’s really cute! I’ve paired it with a dress, and in its bright, spring colors, it pops well against the wardrobe of an old goth such as myself, but would also go great with jeans and a sweater. I wore it to the movies this weekend, and when I began, inevitably, freezing during Ready or Not, I unfolded the great beast and used it as a lap afghan.

The fabric, in addition to being a near perfect level of softness, is warm and plush. To complete my assessment, however, I needed the opinions of two co-workers: one fashion savvy, and one big old dork. Sherri, the fashion savvy one, was a big fan. She immediately asked to feel the fabric and was delighted by it’s tactile nature. She praised the way the baby blue stripes worked against the pink, and immediately suggested about 17 additional ways it could be worn, so add that to the pros column as well – it’s versatile as hell. Meg, the nerd, spotted the Spider-Gwen logo before I even had a chance to take it out of the bag, though she didn’t immediately identify it. She was delighted by it once she recognized it, but it is apparent that any reservations one might feel about the notion of wearing a scarf with a comic book character repeatedly featured should be allayed. By and large, people haven’t realized Gwen’s hanging out – from a distance, she is just a slight variation in color. 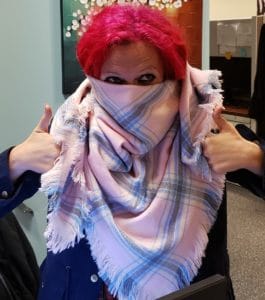 If you are looking for a hardcore manifestation of your nerd bona-fides, this probably isn’t the greatest way to approach it. But if you are in the market for wearing a little of your secret identity on the outside, this is an absolutely delightful piece, that I will be using non-stop in the winter, and probably quite a bit in the still inappropriately warm weather.

Are Budget Gaming Laptops Worth It?

Conclusion: ‘Hell Night’ Or “Just Because Linda Blair Is in It, Doesn’t Mean It’s Good”