Conclusion: ‘Hell Night’ Or “Just Because Linda Blair Is in It, Doesn’t Mean It’s Good” 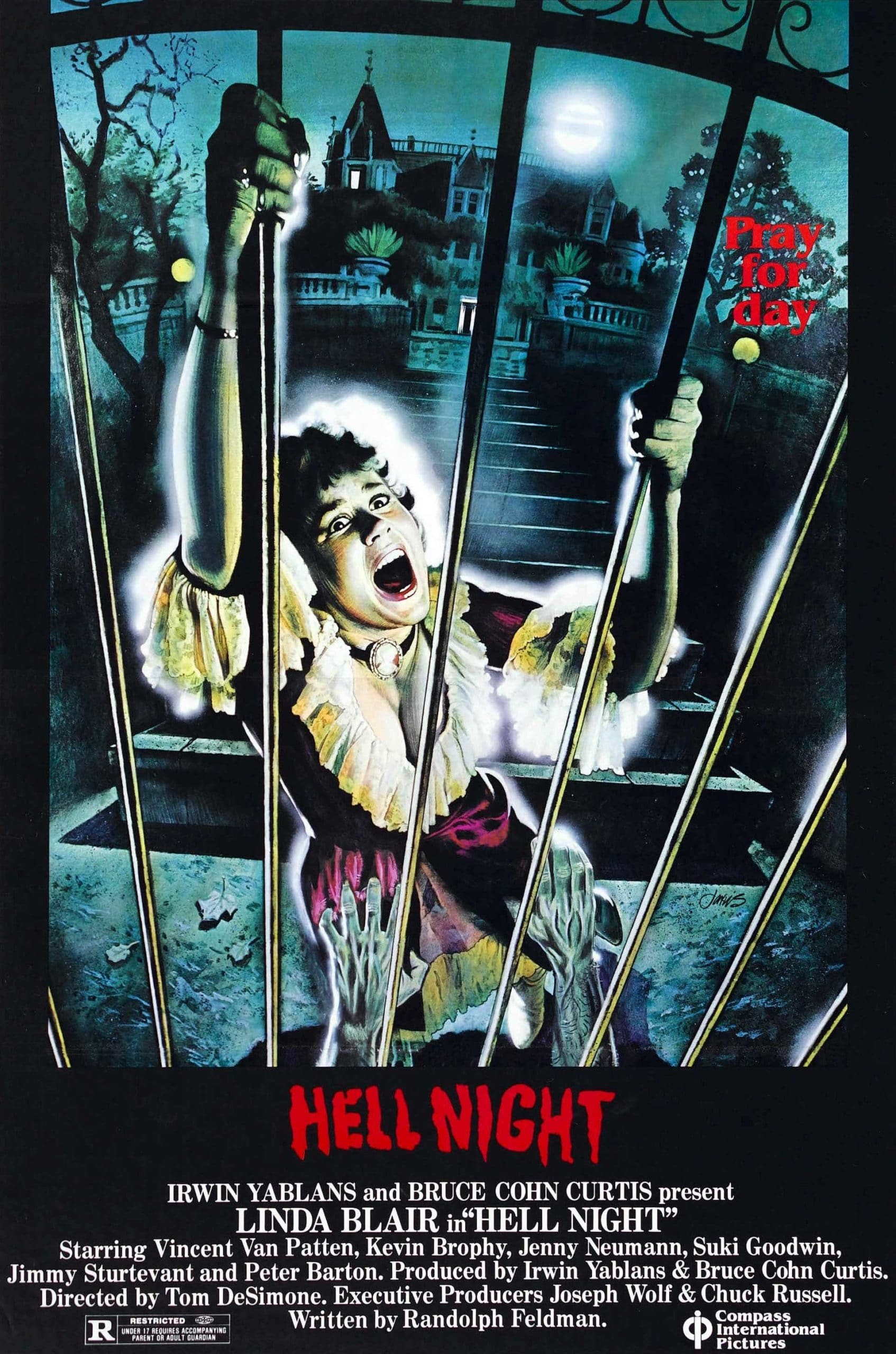 Before we enter the shaming portion of our program, let’s all remember – and fondly -that I did guarantee that Linda Blair would be the final girl of Hell Night. Call it a spoiler if you must, friends, for a 39 year old movie (were you REALLY going to watch it?) but since my victories have been few and far between, I’m claiming this one fast and early. She was, indeed, the final girl. And ok, she was the only person with any name recognition, so it seemed like a safe bet, but, BUT, remember our old friend Janet Leigh in Psycho? I rest my case. Beyond that, though, I mostly flubbed the landing in the variables.

What we knew, beyond any reasonable doubt, from the trailer was that Hell Night is a movie about four new pledges to a fraternity/sorority who have to spend a night in a mansion where the Garth family was allegedly slaughtered by the patriarch, owing to each of the children being deformed. The legend – all important in such movies – is that the father killed the mother and all the children, save one, and then hanged himself, leaving one sad, deformed child alive but never recovered. Because this is a frat hazing, so functionally awful, of course and obviously the uber bro, or whatever the hell you call a frat king, has every intention of fucking with the intiates. Which is, arguably, the most unexpected and interesting thing about this movie.

It’s a sort of clever conceit – for a decent portion of the movie, our main characters don’t realize that they are in real danger, because they are absolutely expecting the fraternity members to be setting out to frighten them. The screams they hear early in the evening are easily enough traced back to a speaker system rigged up by the window. A remote control opens and closes the doors. There is actually a valid reason for our heroes to remain relatively chill during the first signs of real trouble, and it is that they have ample reason to suspect manufactured mischief. I certainly don’t want to give Hell Night too much credit – it does not deserve it, it is not a good movie. But I’ll tip my hat when the situation calls for it, and as far as plot devices, that one…well, friends, it ain’t bad.

Now here is where we get to the bitter irony section of our day. In my initial, gut-instinct hypothesis for this movie, I said that the original inhabitants of the house never left and were lurking in the walls. I immediately changed my thesis to them escaping from a mental institution or something of the like and coming back on the anniversary of the massacre. Well, goddammit, I was right the first time. Two Garth children remain in the house; look, I know what I said, numerically, regarding the children earlier, but I also know what I saw. Take it up with Randy Feldman (the man who also wrote the enjoyable schlock that is Tango and Cash, if you’re keeping score). Anyway, these two remaining Garths have always lived in the castle, to borrow from ol’ Shirley Jackson, and I don’t know how, it is apparently unimportant how they survived up there, alone, or how no one ever noticed, but that is ultimately fine. It’s a C-grade horror movie, if we’re feeling generous, so logic is not of the utmost importance.

What does matter, is that Linda Blair and her would-be love interest Jeff are likable enough. They have presence, both of them, and I actively hoped for them to make it out alive, and not just so that I could say I was right (though also so I could say I was right). Poor Jeff was marked from go, and the other two, hornier pledges were never going to be anything more than fuel for the murder machine. We know this. They’re still kind of fun, though they lack anything resembling the pathos and connection you get from the least of the horny teens in Halloween, or even Friday the 13th. This was clearly a movie designed to cash in on the success of slashers, hail Mary-ed by throwing Linda Blair’s very well known name on there (sometimes horror royalty can inspire a miracle).

So I wasn’t right, Hell Night wasn’t good, but you know? I also wasn’t bored. And it is my belief that the cardinal sin of any horror film is not to be bad, but to be boring. So while I cannot give it any kind of full throated endorsement, I will happily report, you could spend and hour and 40 minutes in worse ways.

Ok! So next week, we’ll be hypothesizing on and eventually watching Return to Horror High. It’s got a very stupid cover. I briefly considered doing the original, DePalma Carrie, since I’ve somehow never actually seen it, but I realized that I am way too familiar with the source material, and the whole purpose of this is to go in blind. And Return to Horror High is…well, an absolute blind spot for me. I’m super jazzed. Until next time!