The world around us is more than a little F’d up these days but sometimes there are stories that are just beyond the normal F’d-ness. Whether it’s oddball inventions, misused tech, or stupid people doing stupid things, I will attempt to share with you the things that make me go “Ugh!”

For this first edition I am including something old, something new, something borrowed, and something “ewww.”

“I Triple Dog Dare You!”

What is both a solid and a liquid, forms at temperatures almost as hot as our sun’s surface, and is 60 times more dense than ice water?

That’s right.. ice created in a lab right here on Earth is called ‘superionic ice’ and it’s the same kind of ice that scientist have theorized for years will likely be found on Neptune and deep within Uranus (quit giggling Brenda). There’s some weird mumbo jumbo magic or scientific stuff that went into making it but I don’t think I want any of it dropped in my Jim Beam and Coke anytime soon. 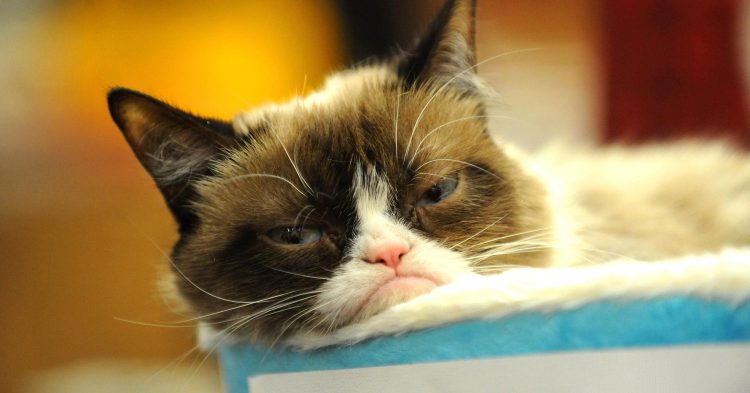 In 2012, the internet was introduced to the soon-to-be-sensation Grumpy Cat. With dwarfism and an underbite, giving her the trademark ‘frown’ she became famous for, it wasn’t long before her owner was able to parlay her unique look into a career for the feline. She agreed to endorse ‘Grumpy Cat, Grumpuccino’ made by the Grenade beverage company. However, in January a California jury agreed that Grenade utilized Grumpy Cat’s image on additional products without authorization and awarded her the hefty sum.

This IS the 21st Century… Right?

This past week a whole bunch of catholic priests flocked to Rome to learn how to avoid litigation… okay that was a cheap shot… but made me giggle. Anyway, it appears that evil old Satan and his minions are keeping the priesthood plenty busy these days and the pontiff is getting them all learned up on the modern techniques for exorcism.

Now I’m not saying demons aren’t real, I’ve never seen one personally, but I do believe in things such as pure evil. They do teach, at least according to the course description, how to discern the differences between mental health issues and true possession, how to recognize the devil (besides his pointy tail and horns or the Cheeto-orange color of his skin), and what legal protections an exorcist has (see I knew something was gonna come up about litigation). 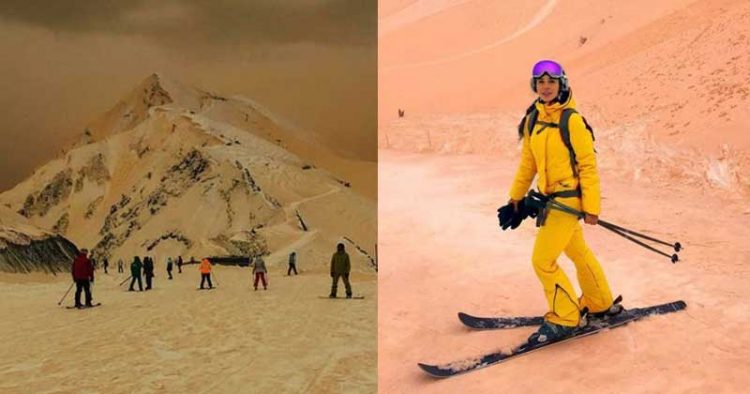 Russia has been all over YouTube and social media lately for various different reasons but this one is really F’d Up.

“They” say it’s from a sand storm that blew in just at the right time but so far I’ve yet to see a single video with someone melting it down and showing me a cup of sand. With Rainbow Trees and Rainbow Mountains, orange snow doesn’t really seem that far off and while the official answer is more than likely correct, it’s still damned weird.

When Barbra Streisand’s beloved Samantha, a Coton de Tulear, passed away in 2017, she turned to modern science to provide her with an answer. Cells taken from the mouth and stomach of Samantha were apparently perfect and produced not one, but two genetic clones of her cherished friend. Stating that they have different personalities and are not exact replicas of Samantha, Streisand told Variety she will have to wait until they get older to see if they have Samantha’s seriousness.

The Numi toilet is here and features everything you never wanted in a toilet and priced to move at $6-$8K. Besides the normal ‘job’ you’d expect a toilet to do and an “advanced bidet functionality” that offers wave, oscillate, and pulsate (everyone wants pulsating water up their backside right?), The Numi is self-cleaning and equipped with mood lighting, an automatic motion-activated and hand’s free seat opener, wireless Bluetooth synch, deodorizer, air dryer, foot warmer, heated seat, voice activation, and presets for up to 6 people to save their potty preferences. Gene from Bob’s Burgers would be envious of this high-tech throne and just think of the fun you can have scaring the literal crap out of unsuspecting family and friends with the wireless Bluetooth. 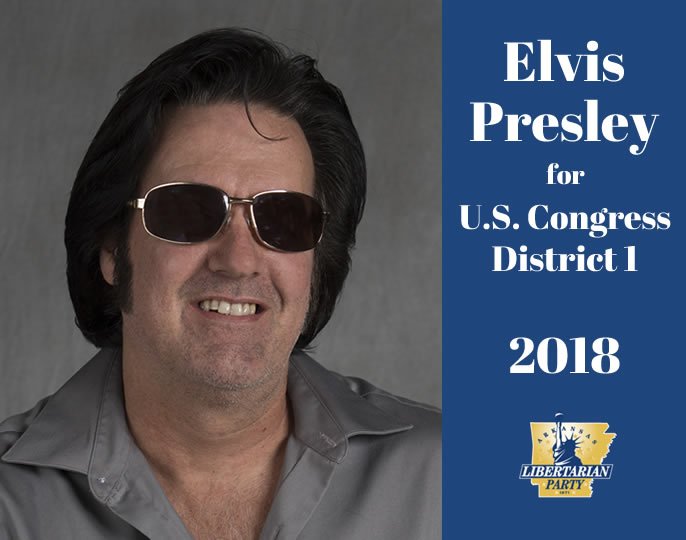 On February 26, 2018, it became official. In paperwork filed with the state of Arkansas, Elvis Presley began his run as the Libertarian nominee for the 1st Congressional District in the eastern part of the state. Okay, so it’s not that Elvis but he shares more than just the King of Rock ‘N’ Roll’s name, this Presley is also an Elvis impersonator. His political ambitions seem to have started awhile back as he has run for a couple of other offices without success. But, so far I’ve been unable to find out if his mother actually named him Elvis and he was destined to grow up to impersonate the real Elvis, or if he legally changed his name later in life. Either way, those sideburns have gotta be hot during the Arkansas summer.

On January 22nd, the Central National Bank in Wichita Kansas filed a lawsuit against a woman they claim made over 50 withdrawals in a 5 day period. While normally this behavior might just be plain old odd, the bank states that her numerous visits were so she could take advantage of a malfunction that dispensed $100 bills instead of $5’s. Rather than receiving the correct $1,485 she was due, the woman walked away with $14,120 and since her mother drove her to the bank several times for the extra money, she is named in the lawsuit too. The bank is also attempting to seize two cars they allege were purchased with the ill-gotten gains but the woman states she used proceeds from a student loan and a wreck settlement for the shopping spree and not the money from the ATM. However, when the bank initially detected the malfunction they contacted her and she “wholly refused” to return the cash. After court costs and fines, her little larceny is likely to cost her much more than she was able to pocket in the first place.

A dangerous new diet trend is making it’s way around whose followers strive to achieve an underweight classification with a Body Mass Index (BMI) of 18 in an attempt to mirror Cinderella’s magical body shape and size. Thought to have originated in Japan before quickly spreading elsewhere, to calculate your ‘Cinderella Weight’ you take your height in meters, square it, and then multiple by 18. A healthy BMI is considered to be 18.5 to 24.9 and many are worried that the use of the well-known princess could once again promote body-shaming and extreme weight loss among young, impressionable girls.

Okay, that’s it for this edition of F’d Up News. Special shout out to my image maker Brenda… Thanks Toots 😉

Is there something F’d Up out there you’d like to see next time? Got a comment on one of the stories above? Leave me a comment and let us know and you can follow me @funewsalert for updates on mine and other Geek Insider articles.

10 TV Series You Should Binge Watch Before They Leave Netflix