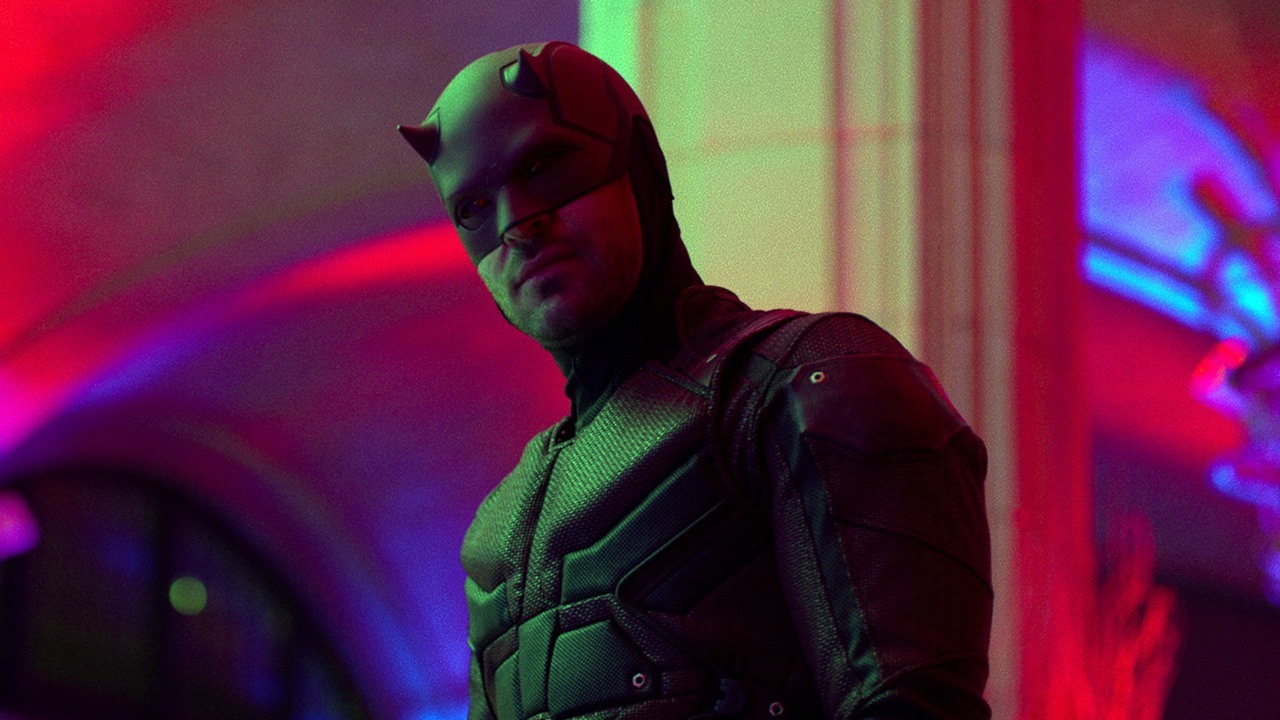 Apparently The Defenders require less recovery time than I do after scarfing down Chinese food. They’re immediately in a very tiring looking fight with the Hand after their short reprieve in “The Royal Dragon.” This episode, “Take Shelter,” not only has the heroes score their first major victory (kind of), but it also really showcases the five fingers of the Hand.

The last episode had Matt, Jessica, Luke, Danny, and Stick lined up against Elektra. But we see now the fight is much more than her. Sowande rolls up in a van full of heavily armed henchmen. Madame Gao’s people are less armed, but they turn up in force also. Murakami is alone because he has learned during his several lifetimes that henchmen aren’t nearly as cool as rolling up solo then making your entrance by busting through a skylight. Alexandra is also still at the restaurant wandering around. But she doesn’t stay very long. During the fight, Luke and Jessica have their hands full with Elektra. Matt and Danny are actually pretty effective against Murakami. It helps that after an initial flurry, the Hand put their guns away out of fear of killing the Iron Fist.

As the heroes get closed in by a big group of the Hand’s fighters, Matt breaks off to try to reason with Elektra. The whole time Elektra is trying to kill him. It’s when Matt refers to her by her name, that she gives pause. Since the Hand won’t tell her anything about her past life, this seems to really affect her. Murakami sees this and tries to intervene. Elektra launches him across the alleyway and disappears. Sowande is handling Luke with a bunch of well-placed finger pokes and redirections. Luke usually deals with idiots who stare at him blankly as he deflects bullets. So this is a cool exchange.

Sowande pursues Luke after the Defender gets struck by a garbage truck and launched down the street. The remainder of the group escapes the Royal Dragon through a man-hole into the sewer. At Colleen’s dojo, they all bicker about what their next step should be. Luke answers that question by turning up with a bound Sowande in the back of a van.

Back in the dorms of the Hand, Alexandra approaches Elektra about her failed attempts to capture Danny. Where is this bedroom of Elektra’s? Is there a Hand cafeteria? Are their communal bathrooms down the hall? Does Elektra wear shower shoes? Alexandra brings up a daughter she had in a past life, but the Black Sky is the child she was meant to have. Oh and if you keep screwing up, we’ll kill you.

The Defenders have taken Sowande to an abandoned theater owned by Rand. He’s not very helpful due to centuries of learning how to take a beating. He does however reveal he knows all about their pasts and their loved ones, who he claims will die because of their involvement. Jessica gets annoyed and knocks him out. So… now everyone has to just stand around for an hour because he’s unconscious. Way to go Jessica.

They use this down time to collect their loved ones. Luke goes to Claire, and also gets a t-shirt with less bullet holes. Matt goes to Karen, who complains the whole time. Sheesh Karen, sorry Matt’s trying to save you. Danny and Colleen track down some SUVs that look like they belong to the hand. I suppose it is pretty obvious since they’re all the same make, model, and color. Also they drive very close together. Colleen comes across Bakuto, who is back from the dead and trying to convince her to return to his side. Finally the fifth finger of the Hand decides to show up.

Colleen tries to fight him, but he keeps dodging. His recruitment speech isn’t very effective. Eventually he slashes Colleen’s stomach with a knife. He’s about to finish the job and kill her, but Luke steps in and tosses him aside. A fight is discussed with Luke, Danny, and Bakuto. But not today. Bakuto vanishes into thin air. The wounded Colleen is brought to Misty Knight’s police station where she stays with Claire.

At this point, Stick is the only one left watching Sowande at the theater. Sowande tells a story about a time Stick’s army, the Chaste, captured him. Sowande’s soldiers barred the gates and within ten days the Chaste ran out of food, water and kneeled before him. Stick isn’t impressed. But I am because that’s a badass story. Matt turns up to update Stick. His old mentor tells him that he should be the leader of this group/army. But Matt is not too interested in hearing that.

Jessica tries to pick up Trish at a swanky restaurant to protect her from the Hand. As they try to flee, they are confronted by Murakami. Unfairly throughout this episode, Jessica is the only one who keeps getting beaten by the Hand. In this instance, Daredevil turns up right at the last-minute to save her. He’s in all his costumed glory too. He and Jessica are more than enough to beat Murakami, who is launched from a balcony. Of course he vanishes before hitting the ground. The Hand’s featured move this week is teleportation.

At the police station, the room is slowly filling up with supporting characters from all four shows. Misty, Trish, Malcolm, Karen, Foggy, Colleen, and Claire are all there. Colleen is struggling with the idea of being someone who needs protecting. Seeing as her guts are about to fall out from the cut across her abdomen, maybe staying behind isn’t such a bad idea.

In the secret Hand boardroom, Madame Gao and Bakuto are arguing. Again with these facilities of the Hand. Is there a Hand water cooler in the corner of the room? Madam Gao is questioning why Bakuto went to Colleen first when he could have secured the Iron Fist. We also learn that all of this craziness is occurring so the Hand can return home to K’un-Lun. They’re joined by Alexandra and Murakami. The latter reveals that Daredevil has joined the Iron Fist against them. He’s concerned due to Elektra’s relationship with him and the fact that she defended him from Murakami in the alley earlier. It’s kind of a weird moment because they talk like this is a surprise. They obviously know his secret identity. So what if Matt put the suit on? Madame Gao, Bakuto, and Murakami begin to turn on Alexandra. She decided to use the last of their resurrection juice (my wording, not theirs) on Elektra and now they could all die for reals.

The same goes for Sowande, who is getting interrogated/ choked out by Daredevil. The questions involve Elektra, how they resurrected Elektra, what they did to Elektra and why Elektra didn’t kill Matt when she had the chance. There seems to be a theme. For the second time this episode Sowande passes out because a Defender loses their patience. Matt uses this break in the action to explain to the others about Elektra’s death and subsequent resurrection. With their backs turned, Sowande regains consciousness. He escapes and grabs Danny. The Hand finally have the Iron Fist. They’ve won the battle. It’s all ov… Never mind. Stick decapitates Sowande. I know the fingers of the Hand are hard to kill, but we do see his head roll across the floor. So I’m guessing he is pretty dead.

After her argument with her colleagues, Alexandra goes to speak to the Black Sky. But Elektra is gone. She’s on rooftops looking out on the city ominously. She winds up in Matt’s apartment and this action-packed episode ends with the ultimate killing machine laying down on Matt’s bed and curling up. Isn’t that life? The one day you don’t make your bed, your resurrected ex-girlfriend breaks in to take a nap in your bed. This episode the Hand seem to have lost the Black Sky and one of the five fingers on the same day. They sure have been dealt a bad… hand. That pun was absolutely intended.