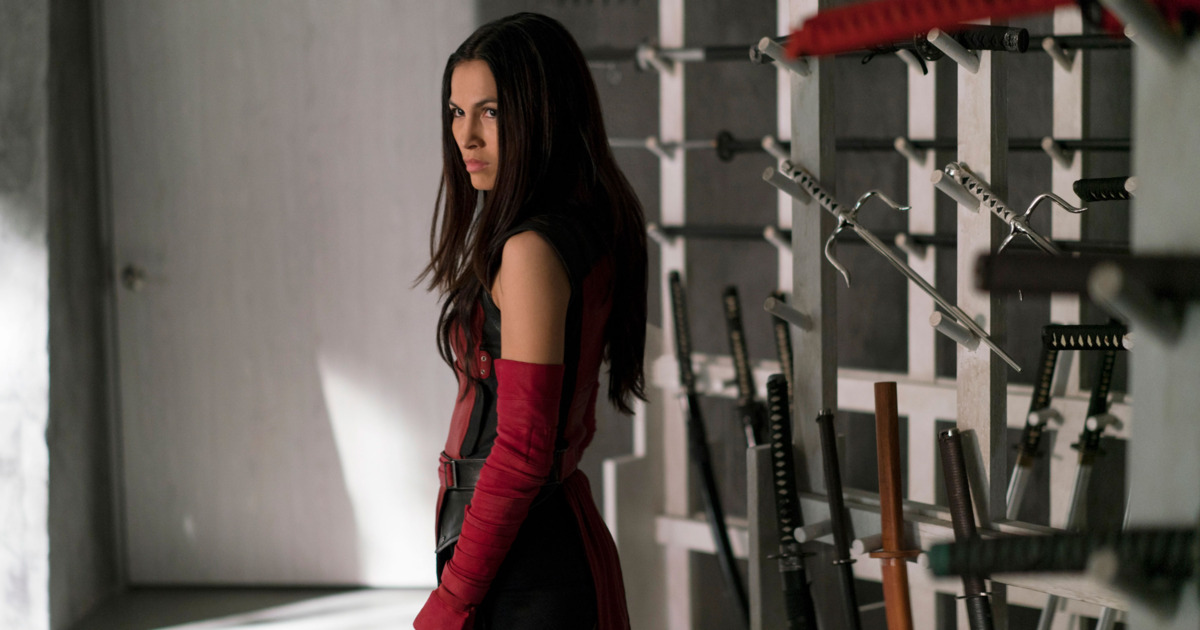 If we learned anything from The Avengers, it’s that fighting supervillainy in a group setting must immediately be followed up with food. The Defenders traded in the shawarma of their tights wearing contemporaries for some very tasty looking Chinese food. I actually ate Chinese take-out the same night I watched this episode. Guys! They’re just like us. Some other stuff happened in the chapter, but I’m thinking a lot about the food options at the “Royal Dragon Restaurant.” Here’s our recap.

After the hallway throwdown in the third episode, the group flees into the Royal Dragon. They are attempting to hide from the Hand, who are probably in pursuit. Danny pays off the restaurant owner so they can stay there. The neon accent lights provide quite the ambiance for the four to get to know each other. Many of the episode’s strongest moments are character quips back and forth between the heroes we know better than they know each other. We can’t include all of them here, but we’ll cover the main plot points.

Jessica and Luke take a moment to reacquaint themselves. There’s obviously still some emotional spark between them. Now it’s time for some formal introductions. Danny has had so much trouble making actual progress against the Hand, he views this team up more optimistically than everyone else. Matt is still wearing Jessica’s scarf as a mask and wants nothing to do with this. Remember he’s “retired.” Luke doesn’t like the hidden identity thing very much. It does make Matt look a bit shady. Then with only his sense of smell, Matt identifies the type of dumplings coming out from the kitchen. That eases the tension.

Danny and Matt explain what they know about the Hand to Jessica and Luke since they both have extensive experience dealing with them. Matt thinks the best option is to avoid them. We know that Danny wants to destroy them for good. Luke is intrigued since the Hand crossed into his territory with the whole recruiting men in Harlem to act as a clean-up crew scheme. Matt continues to be stubborn and tries to leave. After losing Elektra to the Hand, he is pretty tentative about bringing more people into their evil ninja crosshairs. Jessica convinces him stay. He even takes off his scarf mask. How did his hair stay perfectly in place under that scarf mask? (Pshh this show is so unrealistic.)

Elsewhere, Elektra is taking a good hard look at herself. Literally… She’s looking in a mirror. She notices the scars from when the Hand killed her. Alexandra continues to try to keep Elektra, or the Black Sky as she’s currently called, from thinking about her past life. But as she is in the dark about her past, we finally begin to learn more about the Hand. Alexandra visits a man in a dark swanky apartment. He’s gutting an endangered moon bear… as you do. Later we find out his name is Murakami. They discuss mysterious details about their plans. They’re getting the band back together? Alexandra and Murakami end their meeting with the quote that must be on the Hand’s letterhead. “Together we serve life itself.” Not everyone in the Hand is having such nice conversations though. Sowande/White Hat and a few thugs accost Elektra and question her abilities. She kills the thugs pretty quickly and walks out.

At the Royal Dragon, Stick turns up with his one remaining hand. Apparently his near death experience has convinced him to finally reveal all the facts about the Hand and this war he’s always going on about. He explains that he is the last living member of the Chaste, the army tasked with killing the Hand. They served K’un-Lun and the Iron Fist. Isn’t that Danny’s luck? By the time he becomes the Iron Fist, his army consists of a one handed senior citizen. We also learn that the Hand is looking to destroy New York in the same way they did Pompeii, Chernobyl and other cities.

Jessica has the hardest time believing any of these supernatural elements are real and doesn’t want to get involved any further. She bails even after Luke tries to convince her to stay. At her apartment she looks through some of the photos she took at the hall of records a few episodes back. She notices that many of the documents are signed by different women from different eras all with the same handwriting. They’re actually the same person. It seems the ancient organization theory she dismissed as crazy could have some truth to it. She visits Michelle Raymond, her client, in the middle of the night to check on her. Someone pretending to be a police officer has been monitoring her house. Jessica goes and roughs the guy up. But he won’t give up any information or agree to leave the Raymonds alone. “Jesus, am I the only one left who doesn’t know karate?” That may be true, but her technique of pushing the bad guy’s skull against the windshield until it cracks is pretty effective.

With Jessica elsewhere, Stick continues his history lesson. Long ago the elders of K’un-Lun began studying how to harness their chi in order to heal. Five of them wanted to use the power for their own immortality. So they were banished. They are the five fingers of the Hand. It turns out we know them all already. Alexandra, Madame Gao, Murakami, Sowande, and Bakuto (who we know from Iron Fist).

Matt and Stick step away and discuss Elektra. Matt holds out hope that she can be saved. Stick doesn’t think so. Across the room, Danny and Luke are bonding over the last dumplings. But a van outside filled with armed people puts Matt and Stick on high alert. Danny and Luke come to look outside also. Apparently Alexandra is like the butler in Mr. Deeds. She’s very, very sneaky. Now she’s seated in the room without anyone noticing.

With more verbal sparring, Alexandra gives Danny a job offer. This proposal includes some incentives. She may let the others go free and he may save quite a few lives by joining her. Don’t forget the dental coverage! For a split second it looks like Danny may join her. But he doesn’t. Elektra breaks down the door and a fight is imminent. Then the always subtle Jessica Jones throws an SUV through the front of the restaurant and into Elektra. Not hard enough to kill her though. “Who missed me?” Jessica joins the lineup and the Defenders assume their fighting stances. At least they’re all well fed. You know how many calories superhero brawling burns?