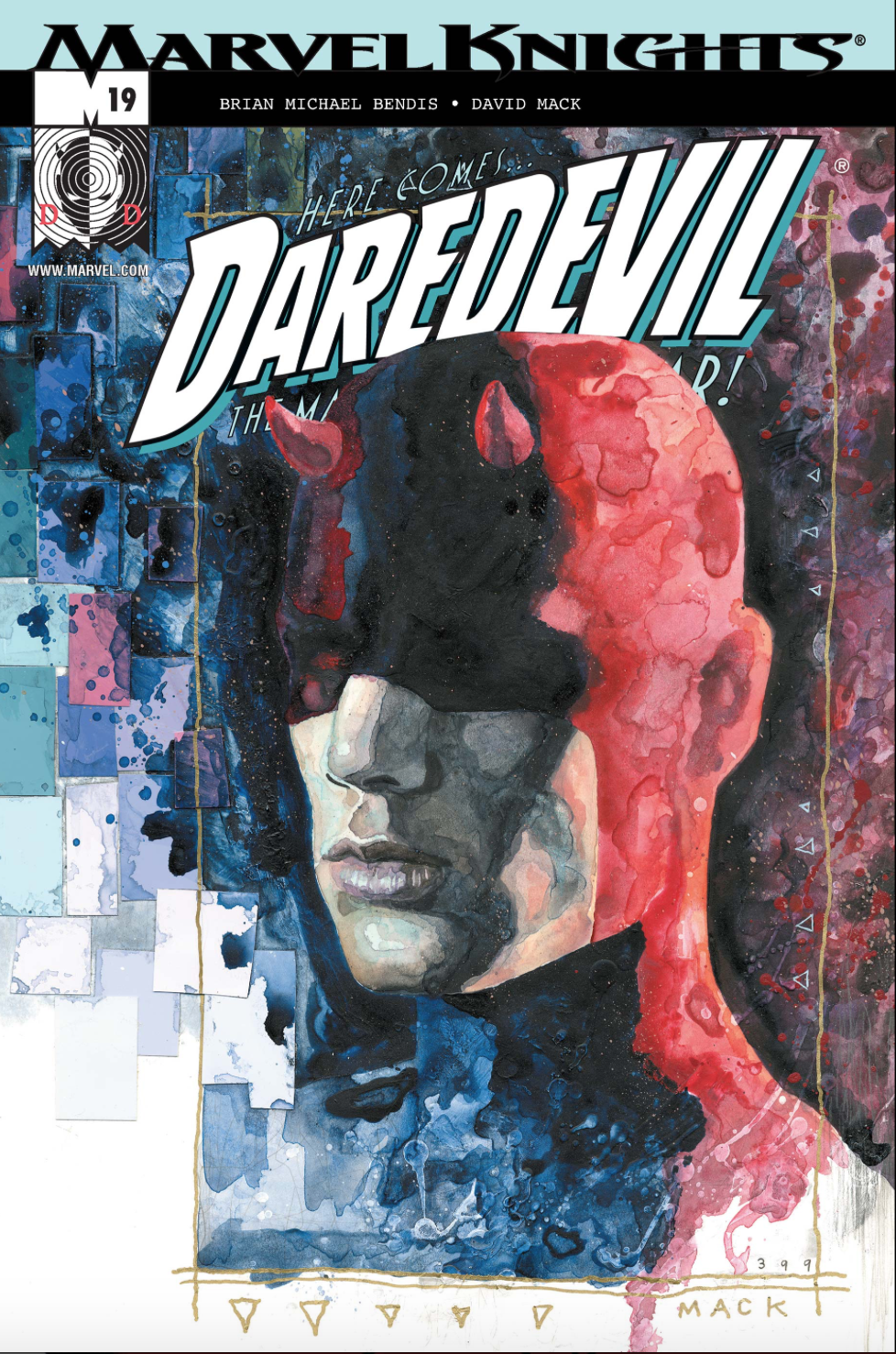 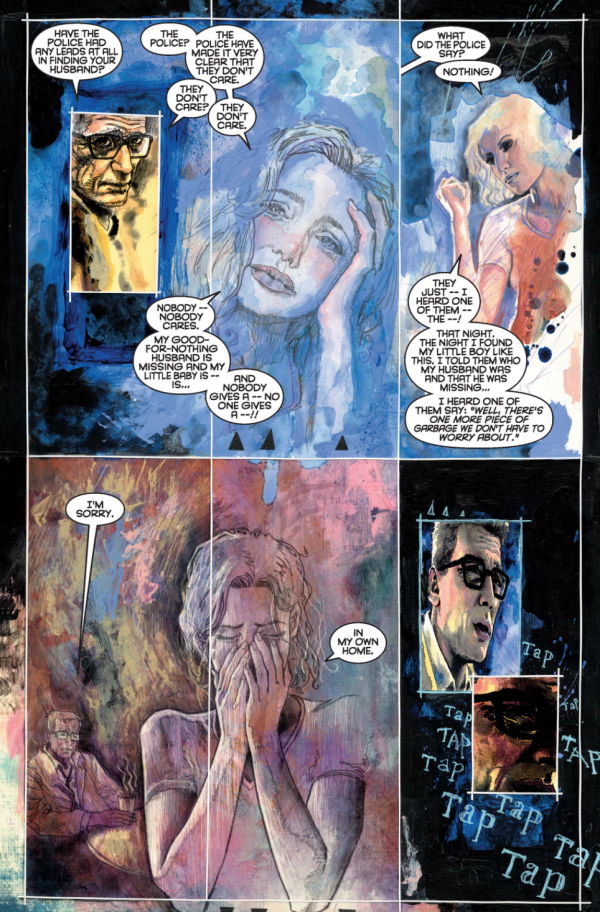 No one thought it would get this big.

Writer/artist David Mack had taken over the Daredevil comic after filmmaker Kevin Smith. He co-created the character Echo with Joe Quesada in issue nine. After that initial story arc Mack brought his friend Brian Michael Bendis on to write a four issue story arc. Seven issues later, Bendis takes over the title and writes one of the most defining in the character’s history. But that’s getting ahead of myself.

First came this story, Wake Up, from Daredevil (1998) 16-19. Reporter Ben Urich investigates the child of the supervillain Leap Frog. The child is in a state of shock and only communicates through drawings of superheroes and villains and speaks like he’s a classic comic book villain.

Despite his boss telling him to focus on a more important story, Ben tries to find out what happened to the kid. Other kids don’t think much of him, the mother isn’t cooperative, the police don’t care. The only lead seems to be Daredevil. Ben knows he’s Matt Murdock, but can’t get in touch.

It’s gripping and sad and depressing and all the things it should be. It’s a very human story in this larger than life world. Which is something Bendis does well (see Powers), but hasn’t touched on lately.

This story has an incredible amount of dialogue, but never feels crowded. It’s a Bendis story, meaning people talk throughout almost the whole thing. Unlike later Bendis, he hasn’t quite settled into his beats or his usual patterns of dialogue. It’s not quite the stylistic jabbering we see later and while it can run long, it knows when to stop.

Bendis seems to be at his most meta around this period. The use of a comic within a comic to speak about the inspirational qualities of superheroes is something that’s been used before, but it doesn’t matter as Mack renders it beautifully. Setting it simultaneously as something that’s stream of consciousness for the kid, but is something Ben, an adult, has to take time to figure out.

For all I talk about writing, this story is really all about Mack. The issues are a collage of styles and formats. We see gorgeous painted art mixed with sketches. The story opens with a Joe Quesada influenced sequence in classic superhero style that melts into the painted style seen throughout most of the story. There are renderings in the style of a child’s drawing. 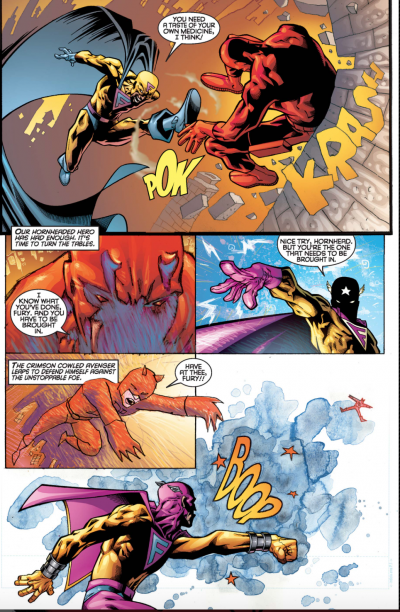 Every page is maximized for the biggest impact to tell a story. Panels are bent and warped, the gutters black. Words, some typed, some handcrafted, spill off the page and one in the background say what the characters are thinking. Everything seems scattered and random, but the chaos is planned. I do wonder how Mack came out with this on a monthly basis. It’s a near perfect combination of art and writing.

It’s the kind of art that makes me want to learn how to talk about art better so I can talk about it.

When he finally shows up, Mack also draws Daredevil with one of the most lovingly rendered butts I have ever seen. It is in it’s own way, a striking visual, although oddly contrasted with the troubled child on the adjacent page.

It’s a great story that you can read and not have to continue, but you’ll want to. The art is so good, you’ll want to show your local grade school art class and then be kicked out for showing them violence.

Wake Up is available digitally and in paperback as part of the cumbersomely titled Daredevil by Brian Michael Benids and Alex Maleev Ultimate Collection Volume One.

September’s Bookcase Club is Full of Deception, Mystery, and Betrayal