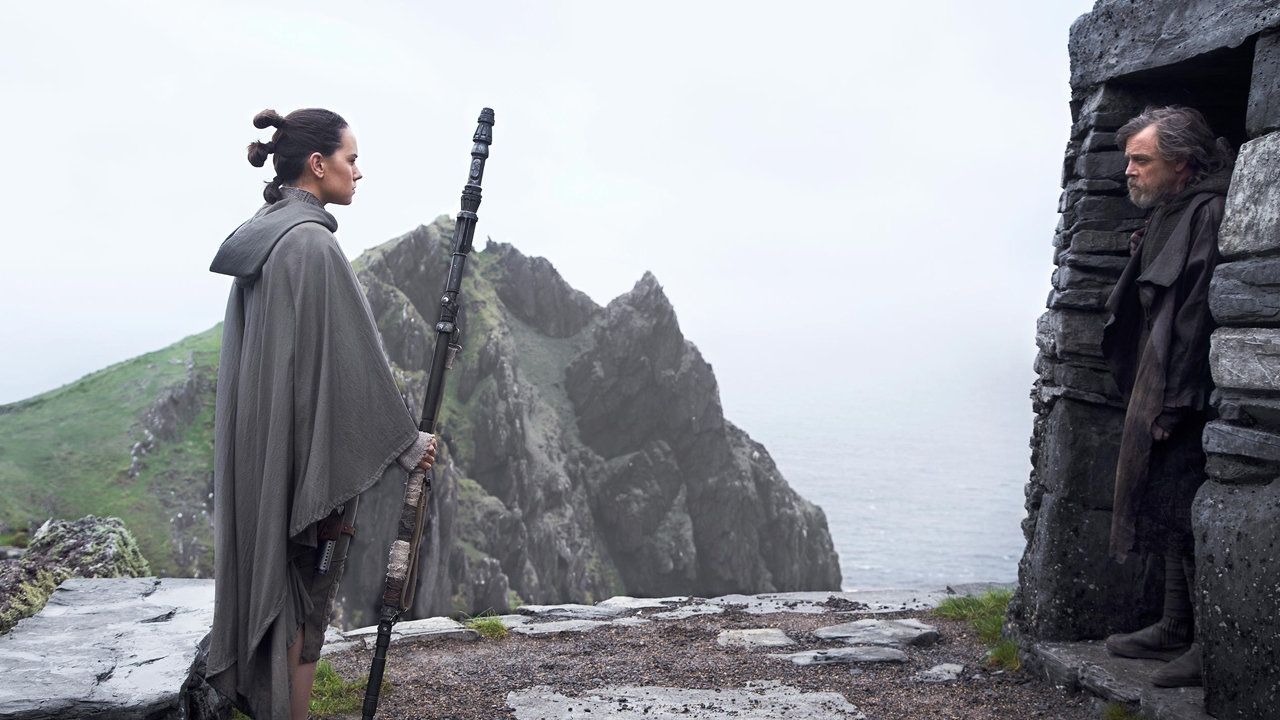 It’s December, so you can finally admit to listening to the Mariah Carey Christmas album you’ve been secretly jamming out to since September. Plus, if you can pull yourself away from the constant airings of Elf on cable, there are some big movies on the horizon. A December movie list could start and end with Star Wars, but there’s even more this month. Here’s our December movie preview.

After no new releases during the month’s first week, we get James Franco’s oddball movie about a movie, The Disaster Artist. This looks like anything but a disaster. The film depicts the making of The Room, a 2003 film that has received cult status due to its awfulness. Franco and his brother Dave play Tommy Wiseau and Greg Sestero, aspiring actors who become friends with the goal of hitting it big in Hollywood.

Just Getting Started pits Morgan Freeman and Tommy Lee Jones against each other for retirement community supremacy. Freeman plays the big man on campus until Jones arrives and shakes things up. Life gets even more complicated when Freeman reveals he is in the witness protection program and is being targeted by the mobsters he testified against. Expect a lot of jokes about being old.

The latest from Blue Sky Studios, the animation studio that made Ice Age and Rio is Ferdinand. John Cena voices the title character, a kind-hearted bull who gets taken away after he is thought to be dangerous. So he and a group of animals attempt an escape to try to get home. Kate McKinnon, Bobby Cannavale and Gina Rodriguez also star in the voice cast.

It’s difficult to tell if the plot points that have been revealed for Star Wars: The Last Jedi are real or if they’re meant to distract us from what is actually going on in the film. But episode 8 of the Skywalker saga has Rey beginning her training with a reluctant teacher, Luke Skywalker. New adventures, new planets, and new creatures (Porgs!) mean we’re set up for an exciting trip to a galaxy far, far away. Plus Rey can finally stop holding out that lightsaber for Luke we saw at the end of The Force Awakens. Her arm must be tired by now.

December 20th– The Greatest Showman, Jumanji: Welcome to the Jungle

Wouldn’t it be great if Hugh Jackman’s new movie, The Greatest Showman, was actually a Wolverine movie in disguise? That seems unlikely. As it is, the film is an original musical about circus pioneer P.T. Barnum. Jackman is no stranger to musicals both on stage and screen. Maybe Wolverine was in the circus at some point in his life? Okay, I’ll stop now.

We’ve been hearing about the new Jumanji film for quite some time. Well now it’s finally coming to theaters as Jumanji: Welcome to the Jungle. The plot has a group of teenagers get transported into the world of Jumanji through an old video game. But in the game they assume the appearance of their avatars. So the oddball kid becomes Dwayne Johnson, the football star turns into a much shorter Kevin Hart, the unpopular girl becomes Karen Gillan in a midriff shirt, and the popular girl ends up as Jack Black. It will be interesting to see the star actors playing against type. The Rock doesn’t usually get cast in geeky roles.

December 22nd– All the Money in the World, Downsizing, Father Figures, Pitch Perfect 3

All the Money in the World has been getting a lot of headlines lately due to the decision to recast and reshoot large portions of the film last-minute to eliminate Kevin Spacey after news of his sexual misconduct broke. So the film soldiers on with Christopher Plummer taking on the role of J. Paul Getty. Michelle Williams plays Gail Harris, who desperately tries to convince Getty to pay a large ransom after her son, John Paul Getty III is kidnapped. Mark Wahlberg also stars in the Ridley Scott directed film.

Matt Damon plays an every man bored with the grind of daily life in Downsizing. The opportunity arises to shrink himself and join a miniature world where money goes further and he can start fresh. Things get tough when his wife (Kristen Wiig) bails on the procedure last-minute. So Damon’s character is left alone in this new and odd situation. Yes, this movie looks as strange as it sounds.

Owen Wilson and Ed Helms go on a road trip to find out who their father is in Father Figures. This search brings them in contact with Ving Rhames, JK Simmons, and Terry Bradshaw (playing himself). Ed Helms has a history with these types of comedies. So if you like those, this is right up your alley. This movie was set to be released last January as Bastards, but was put on hold. So if it looks familiar, that’s why.

If you’ve been aca-itching for more cinematic acapella and adding “aca” in front of every other aca-word, then you’re in luck. Pitch Perfect 3 reunites the Bellas after their post-grad lives don’t start off so well. Singing on an overseas USO tour, the group has to compete with rival acts for a potential record deal. The trailer has way more action and explosions than I expected. But it will probably be mostly filled with comedy and singing.

And that’s that. It’s a month filled with big franchise movies, some titles that will be up for awards and one title that will hack down all the competition with its money colored lightsaber. The Last Jedi is definitely my pick for the month. But I’m also curious to see how the new Jumanji is. I’m cautiously optimistic.