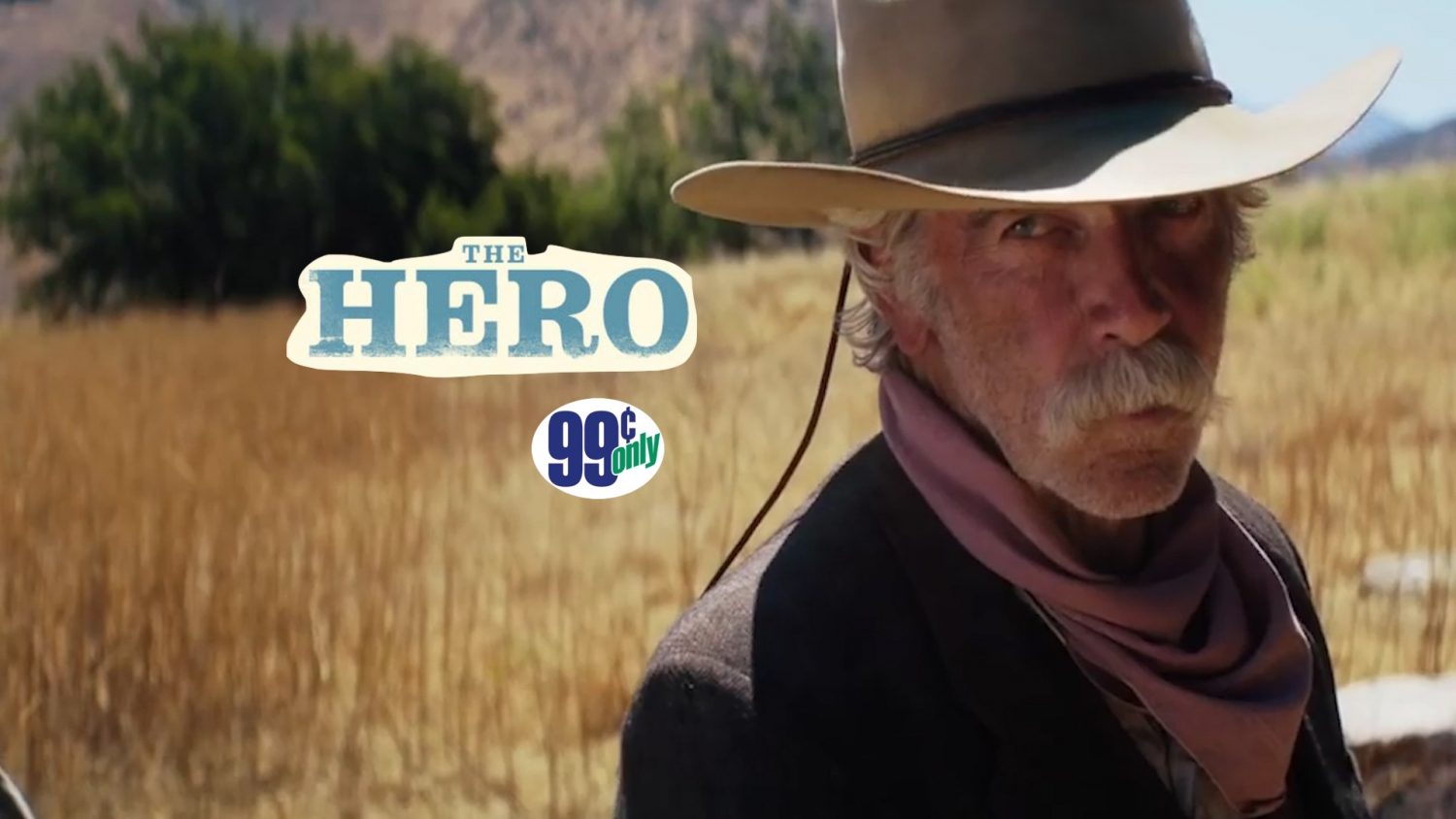 This week, Sam Elliott plays an aging actor searching for a role to be remembered by in The Hero.

All the Actors I Know Are Self-Centered and Insane

There comes a time in every man’s life when he starts to think about his legacy. For Lee Hayden (Elliott), that legacy includes one ex-wife (Katharine Ross), one estranged daughter (Krysten Ritter), and a fading career overshadowed by the iconic role that set it in motion. To make matters worse, he’s just been given some very bad news from his doctor. That news leads the actor into a dope-fueled haze of isolation and self-loathing, until a whip-smart young comedian (Laura Prepon) inadvertently raises his public profile. As an unexpected romance blossoms and new career opportunities arise, Lee struggles to make peace with his past and make the most of his rapidly dimming future … but can he find the redemption he needs so late in the game? Find out in Brett Haley’s heartfelt and often hilarious romantic drama The Hero. 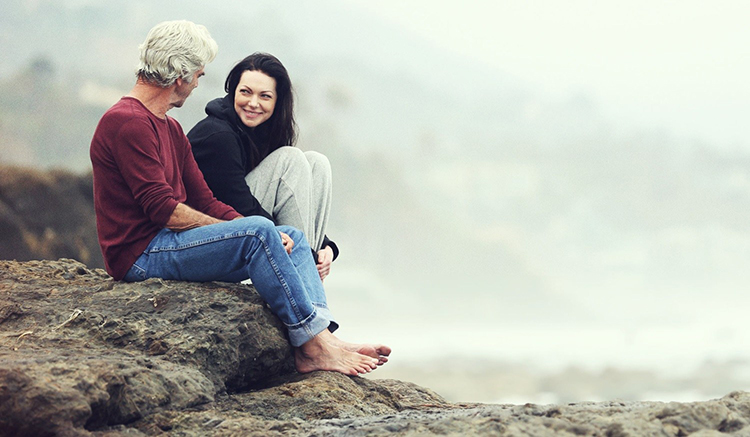 Over the past 50 years, Sam Elliott has played almost every role imaginable. He’s played cowboys and cops, hardened soldiers, and bad boy bouncers. He’s played ruthless business men and tender-hearted fathers. He even played everyone’s favorite Sarsaparilla Juice-loving stranger in The Big Lebowski. His voice is as recognizable as a member of your own family. His mustache is iconic. And he’s become one of the most respected actors in Hollywood. Still, there is one role that has eluded Sam Elliott throughout his illustrious career … that of leading man. With Brett Haley’s mostly wonderful new film The Hero, Sam Elliott can finally cross that goal off of his bucket list.

And yes, Elliott’s weathered features and dewy southern drawl populate nearly every single frame of Haley’s film. While Elliott brings the same effortless charm to the part that he’s brought to every single one of his past roles, his work on The Hero is far from a typical Sam Elliott performance. That’s because Brett Haley – who also directed Elliott in 2015’s underrated I’ll See You in My Dreams – didn’t want the typical Sam Elliott performance. Rather, Haley takes all of the features audiences have grown to admire in Elliott over the years and crafted a conflicting, deeply humanizing narrative around them. One that pits a fictionalized version of the actor against himself, the complex pursuit of dreams, the fleeting nature of fame, and the damning essence of regret.

That narrative is often as intense as it sounds. Make no mistake, when The Hero starts digging below the surface of Elliott’s alter-ego Lee, well, it’s often difficult to watch. But you will watch it. In fact, you probably won’t be able to look away … because Elliott’s performance simply won’t allow it. Through every harsh silence and stayed glance, the actor plumbs depths virtually unseen in his prior work to create a character who seems to love and loathe himself in equal measure. His Lee is romantic but realistic, charming but crotchety, set in his ways but open to new experiences. More than anything, he’s overwhelmed by a sense of loss and regret that he may never overcome.

Haley and co-screenwriter Marc Basch somehow manage to capitalize on all of those angles with a screenplay that dexterously shifts between introspective dramatics and comedic romanticism. Of course, Elliott has proven time and again that he can toe the line between those narrative elements. So much so that Haley’s strategy throughout The Hero seems to be to simply point the camera at Elliott and let the actor do his thing. In case we haven’t been clear, that strategy works, and throughout The Hero, Elliott brings more depth to his character with a far off stare or a sly grin than most actors do with a few pages of dialogue. It’s almost enough to make you forget that the script frequently misses the mark with its supporting cast – i.e. the romance feels a little forced and Krysten Ritter’s daughter never quite gets the moment she deserves.

That’s sort of the point too, of course, ’cause The Hero isn’t about them. It’s not about a hero at all really. Just a man who knows what he’s had, what he’s lost, and that what he’s got left to give may not be enough. Either way, The Hero stands as a testament to the fact that Sam Elliott still has much to give to moviegoers, and that he’ll always be able to make us want to run out and buy barbecue sauce … which is in fact the perfect partner for your chicken. 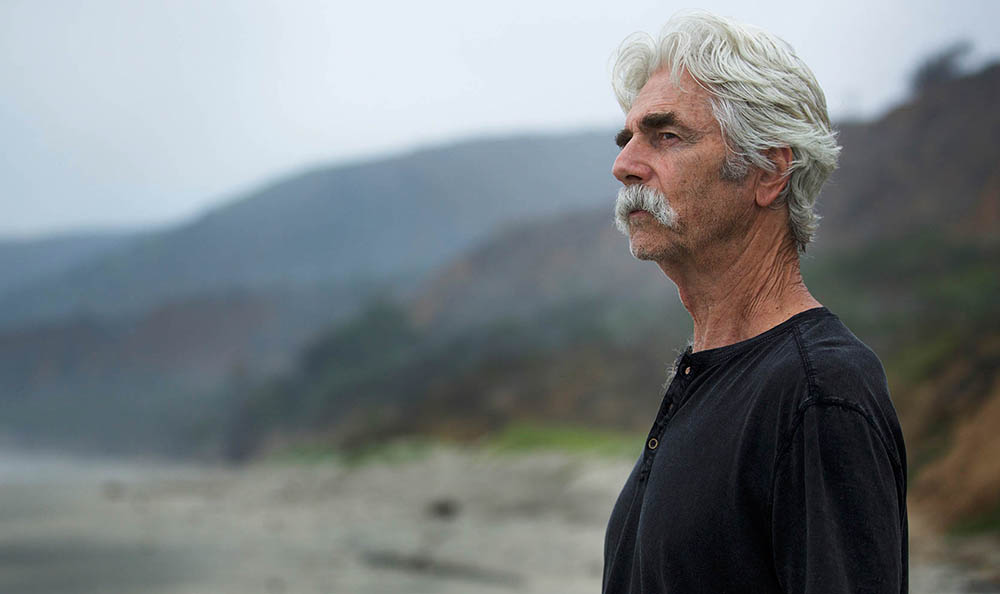 You bet. Though he was never really offered leading man roles, Sam Elliott is one of those actors that always had leading man charisma. Elliot’s charisma and down to Earth appeal has helped him build a fiercely devoted fan base over the years. If you count yourself among them – and you should – then The Hero is the film you’ve been waiting for. That Elliott delivers the goods should come as no surprise to anyone. Even when the film doesn’t quite work, Elliott’s presence alone makes it worth both your time and your money. Don’t miss out.