Danger Will Robinson – Lost in Netflix

Movies and shows, that is. Especially on Netflix.

And their new reboot of the classic Lost in Space reeled me in weeks ago with their official trailer (below). Don’t worry, there’s not going to be any major spoilers here, I just had to put this together after devouring the entire 12 new episodes in the relaunch series this weekend.

I’ve often asked friends the question, “If you had the chance to leave Earth and explore the stars, but could never return home, would you go?” And this series may have been a cornerstone of the foundation for my fast as light-speed resounding answer of, “Yes!” Star Trek and Star Wars came very shortly after Lost in Space for me but I’ve always had a special place for this series.

The acting is great, the production value looks fantastic, and the updates that Netflix has brought to the table work quite well. Okay, yes there are some pretty big plot holes and more than a few “suspend disbelief” moments. But there is also a good deal of edge of your seat “cliff hangers” and the nods to the original are nice to see. Even the original Will Robinson, Bill Mumy, makes a very brief cameo as “The Real Dr. Smith,” but you’ll have to watch to find out just what that means.

Of course you’ve likely already seen the preview trailer or memes with the new robot, but I’m telling you that his upgrade is uber-sweet. There are expected revamps and liberties taken with the origin, backstories, and characters, as well as the addition (this season anyway) of a lot more folks lost out there in space in their Jupiter spaceships. Or what’s left of them anyway. 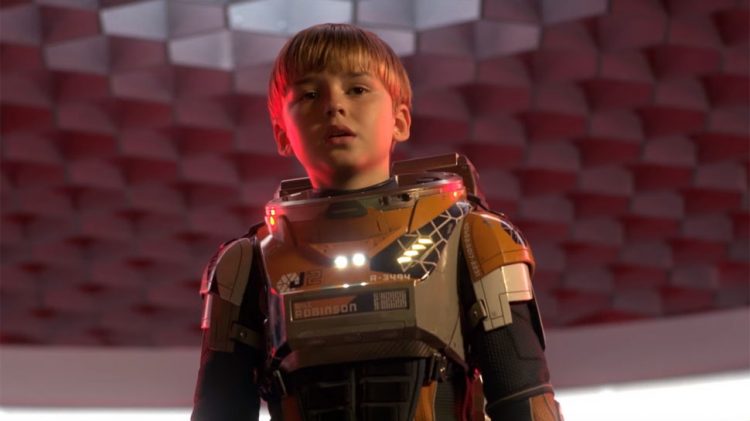 The new-to-me actor Maxwell Jenkins does an excellent scene-stealing job as Will Robinson and the supporting family, even the female Dr. Smith played by Parker Posey, are acted surprisingly well and the scripts actually give them quite a bit of depth. I found myself caring about several of the “others” and though I couldn’t bring myself to cheer for Dr. Smith, she does do a great job of making you hate her. Which is a good thing.

The flashbacks aren’t overdone, especially when compared to many other “origin” stories, and actually serve to build upon the characters as opposed to the overall current predicament that they are in. “Danger Will Robinson” is updated and, at times, almost creepy… but the robot and his interactions with Will and the other humans is actually quite deep and skates the edges of social messages that we’re all used to by now.

I definitely enjoyed the series and my 11-year-old granddaughter has even started watching it, which with her attention span says a lot. I look forward to season 2, especially with the cliffhanger end to season 1, and hopefully the writers will take a little more care with plot holes and as we explore the outreaches of space and the unknown, that they expand and give us some storylines with a little more bite other than blind pterodactyls and giant fuel-snarfing eels.

I know there are some grumblings around Hollywood regarding Netflix and other streaming services producing tons of reboots, but I am one that is certainly enjoying them for the most part. I just wish they’d get their hands on some DC characters, produce more “original” content, and maybe even give a small writer from Texas a chance to come up with a new show. *Hint Hint Netflix*.

Leave me a note below if you think there’s a series that I must check out. Agree or disagree on my take on the latest Lost in Space reincarnation? Let us know below and you can follow me @funewsalert for updates on my articles here and elsewhere.

Watched the entire series a couple of weeks ago & loved it! I didn’t know about the original “Will Robinson cameo though. I’ll have to go back and check that out. Good review of the series Matt!

Hey THANKS Mark! Glad you enjoyed it Sir! The article and the show LOL. Season 2 is gonna take too long to get here though LOL