The New Sci-Fi: Recent Films Are Changing Our Understanding of Science…Forever 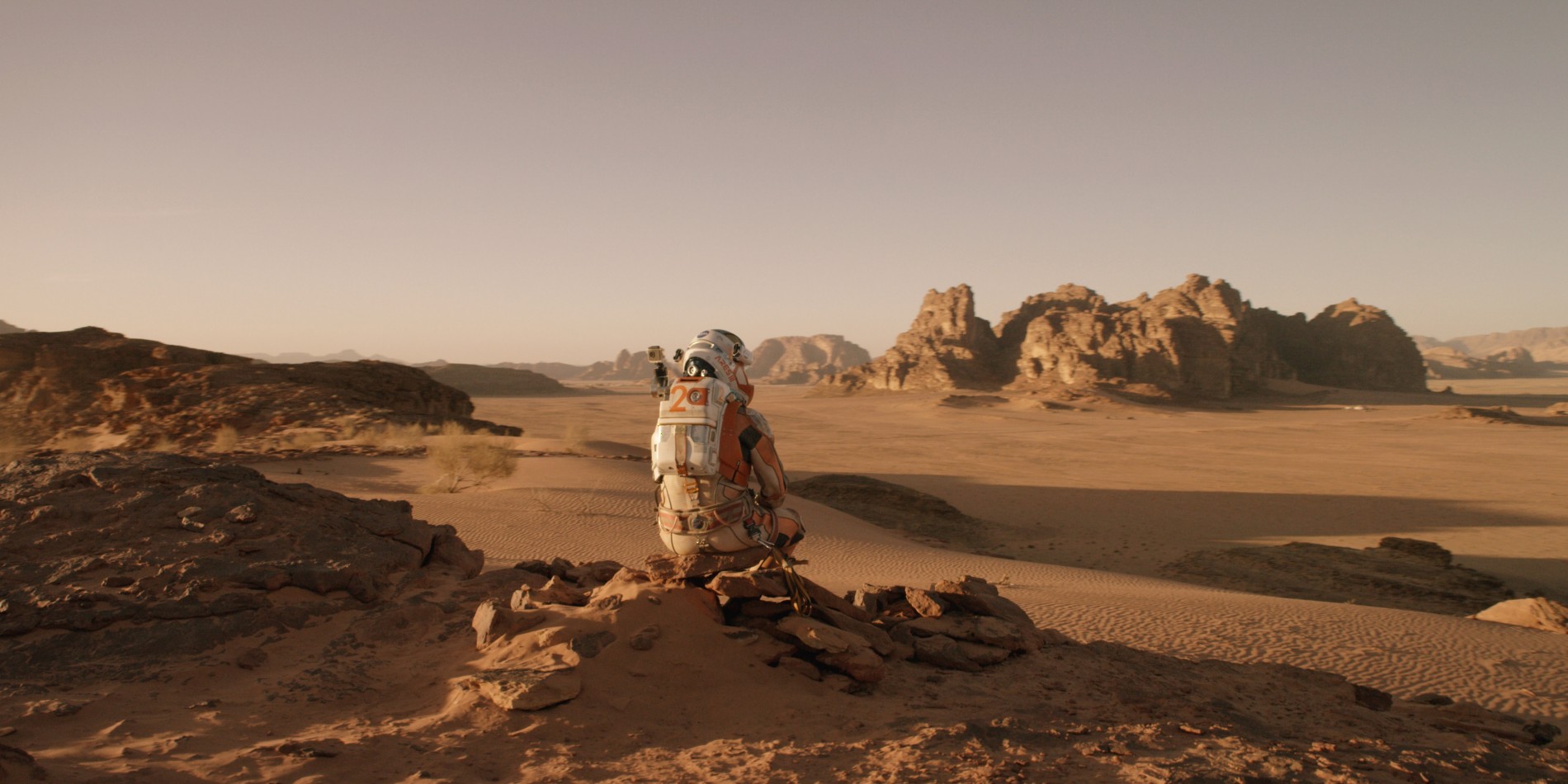 Do you remember the opening of 1998’s Lost in Space? No? That’s all right. It’s not very good. The narrator begins with a booming narration while the camera zooms across CGI vistas of a space port above earth. The narrator explains the score – the earth is short on resources, and now we’re building a “hypergate” to search for new worlds to colonize. Within the first two minutes, there is a dogfight, and we’re introduced to our dauntless protagonist, Joey from Friends. Given the first two minutes, I can already predict the ending, along with everything in-between.

Now compare that to the opening shot of last month’s The Martian, or last year’s Interstellar. The latter opens with a slow pan across a dusty bookshelf riddled with texts and tomes from varied subjects, all under the ambient glow of the moon. The odd model spacecraft consumes the frame on the shelf. What follows is a narration by an old woman, talking about her father’s life as a farmer. Rather than giving you answers right away, the film beckons questions. It advocates thinking, and searching, as well as feeling. With these titles from the past couple years, not to mention Cuaron’s peerless Gravity, it now becomes apparent that mainstream sci-fi has undergone a serious change in modus operandi. We have once again entered the age of sci-fi realism, and stepped into it’s incandescent light boldly. Ah what warm light, what precise measurements; we haven’t been here since the late sixties. And that was largely due to the Apollo landings. Once again we find our popular sci-fi devoid of blue blooded aliens, laser fights and schlock, and instead are shown plausible premises and thought-provoking sentiments about the universe, the actual universe.

What happens if we were to go through a worm hole? What happens if space debris orbiting earth is not dealt with? What were to happen if we were to accidentally leave a man stranded on our nearest planet for x number of years? These are real world problems that demand real world solutions. The real universe is so much more fascinating and complex than the universe of the bygone days of sci fi, before quarks and higgs-boson particles were part of household language.

And it isn’t just that these films are being helmed by great directors, or have potent, meaningful plots and characters. It’s that they are delivering scientific literacy to the mainstream population in a way that is interesting and educational. Unconvinced of the need for such education? When nearly a third of Americans today believe that carbon dating is somehow wrong, and that the earth is five thousand years old, even though much of the technology in their homes is predicated on the fact that scientific hypotheses are correct, it is clear that we need films exactly like these. We need them more than ever. That’s part of why these new titles resonate so strongly with us – there is a sense of urgency about them. Like explaining to a five year old why punching your friend in the face is wrong, there is a moral quality to these films that stretches beyond the traditional banner of entertainment.

This is not to say that I see anything wrong with films like Star Wars or the Star Trek reboots – they serve a different purpose entirely, and I love them for that. But films like Gravity, or The Martian, or Interstellar, or the previous generation of hard boiled sci fi – such as Solaris, 2001, and The Andromeda Strain, are absolutely vital to our society and its future. They blur the lines of the real and the possible, and ask complex questions about science, life and reality, to which there may not be any obvious answers. But the more those questions are asked, the more the theories are espoused and discussed, the more likely we are to find the answer. Perhaps one of the children who saw The Martian becomes the first man to walk on Mars? Perhaps she develops a new engine capable of light-speed travel? Perhaps they invent an entirely new model for our universe? I don’t know about you, but I take great comfort in that thought.

Sponsored Video: The Gentleman’s Wager II: Gratitude Can Take You a Long Way!