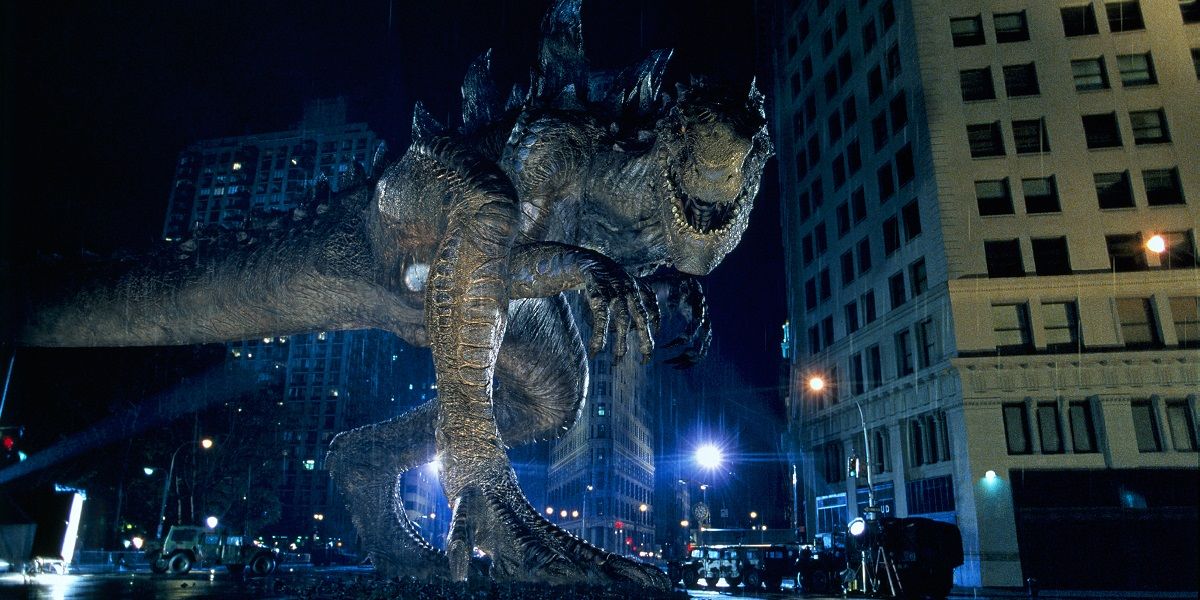 I recently read that there is going to be a Godzilla and King Kong movie in the works and upon reading it, my interest was piqued. My mind raced back to a time where I would go to the movie store with my mom and dad surround by VHS tapes and every time I would, like a homing missile, go directly to the section that housed all of the Godzilla movies. I watched them all. I embraced the beauty that was Godzilla. I remember seeing for the first time the opening scene of one Godzilla movie where the leg of Godzilla came down in animated form to smash to death an unaware deer that was presumably Bambi. A deer that had overcome unbelievable odds was gone in mere seconds.

I watched on and on through the different movies as Godzilla battled Mothra, the robotic Godzilla, and the three headed hydra like dragon creature that was just so cool. Then I saw one movie that was almost too much awesomeness in one movie. I saw King Kong vs. Godzilla. Two of the greatest monsters of all time were going head to head in a battle for the ages. This was way before Charles Barkley challenged the unstoppable lizard.

But Do We Really Need Another One?

Admittedly, my heart skips a beat at the thought of a remake of Godzilla and King Kong. With new technology, the picture would be stunning to watch. Almost too stunning. Then I have to step back and really think it out. Do I need to see this? Why are there so many reboots and sequels? Hollywood runs on money and I’m sure that the studios think that this title and ones similar to it will be huge moneymakers, but let’s think about it? Are we only remaking it because we can make it look better?

We know that it can’t be all about that. All of the original Star Wars movies, with their crappy fight scenes are far greater than the visual high that we got from watching the newer three. We can’t simply remake movies just to make them look better. You don’t see people out there rewriting books and putting their own spin on it like what is being done in the movie industry.

Let’s not sell out on great looking video in order to bypass story, plot, and character. When character development is done right, then there is nothing more amazing to see and experience. Lost was one of the best shows ever created, the last episode excluded, but the graphics were horrible. The smoke monster wasn’t that appealing and the airplane crash was painful to watch and not because of the people losing their lives, but because the plane looked cheap. Still that show was just pure genius and that is because it had a story and it had great characters and there was so much depth. America wasn’t tuning in to watch Lost every week just because the show looked cool. They were so anxious to find out what had happened to the people on the island and what was going to happen to them. Nobody shed a tear because of the high quality of graphics, but tears are shed when the characters that we have come to love go through hard times, have triumphant moments, or pass away unexpectedly.

“Nostalgia is a Seductive Liar”

Movies that are rebooted just for looks are like eating healthy food and eating junk. They are cool to see and they are kind of like having a cheat day when you are dieting and trying to stay fit. It’s good every now and then, but it can’t be done consistently because it just doesn’t satisfy. That is how I felt when I saw the most recent Godzilla movie. I mostly enjoyed it because I was able to watch it with my two boys and tell them all about Godzilla and how cool he is.

The nostalgia was the best, but let’s be honest and say that the movie wasn’t all that impressive. There is no attachment to the characters, so it isn’t something that can be prolonged and held onto. Bryan Cranston dies early on in the movie and the only reason we care that he died is because he’s is a famous actor and not that we were attached to him in any way. It’s like when Samuel L. Jackson gets eaten by the giant great white shark in Deep Blue Sea. The reaction is like, “Oh crap Sam Jackson just died out of nowhere,” but he wasn’t really missed after that.

Like I said, the characters don’t always have to be developed. Every now and then it’s cool to see a movie where things just blow up like the Expendables. Seeing the first Transformers was cool, but then having three more of the same movie come afterwards is just straight garbage production. Not to mention they are making three more of them. It’s all about the benjamins in the end, and as long as we pay for them they will continue to be made. Let’s have some creativity in Hollywood and look for the movies with character development that actually take some intelligence to produce.