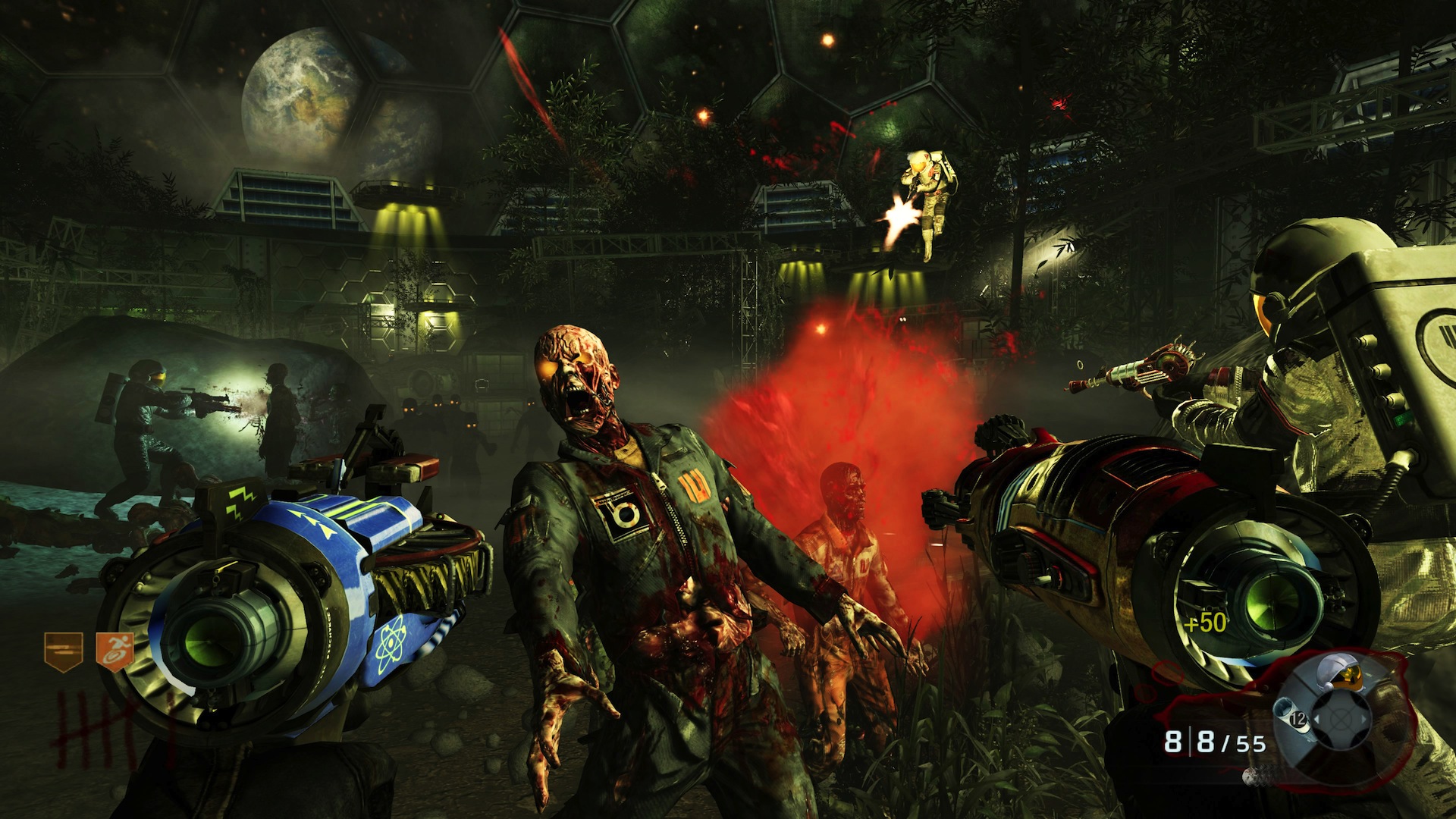 There’s a lot to talk about concerning the newest Call of Duty: Black Ops III coming out this November. Call of Duty has been a long enjoyed game focusing on soldiers and the different wars that the player fights through, whether real or made up for the sake of the game. They recently released the first few trailers on their newest game, and gamers are going crazy over them.

First up is the “Ember” teaser trailer, that for the most part only gives us an understanding of what the game will be about. This was enough for most gamers to say their peace on what they did and didn’t like about the upcoming game. Many fans argue that the futuristic gameplay is completely overdone, referencing Halo, the popular Xbox exclusive series, and how the human-technology issue has already been done by the Dues Ex video game universe.

Some have said that if one is itching for a Sci-Fi themed first person shooter, they should check out Destiny, and leave Call of Duty to itself. It’s understandable that CoD fans aren’t looking forward to the new plot, simply because the game has long been focused on past or modern fictional or factual wars. The fans of the game appreciate the soldier story, so its not safe to assume all would enjoy a future themed game.

Personally, I am a sucker for Sci-Fi and tech-themed things. I will probably never get tired of the philosophical “How far should we go with technology” question. As soon as I saw this teaser, I was excited. It was only after reading the comments that I realized there was discontent.

Have They Redeemed Themselves With The Reveal Trailer?

With the Reveal trailer, we get down to more of the nitty gritty of the game. In line with the theme of futuristic technology, the fight scenes are full of, you guessed it, robots. With this release, we learn that the game will have a multiplayer campaign, and has dedicated to a less linear and more open world environment to allow for plenty of room during co-op and hopefully replayability. You will also get the opportunity to design your very own weapons and play certain modes as particular specialists with their own abilities. Of course, they have also included my favorite, ZOMBIES. Creators have said that zombies is “a full game,” meaning there will be story progression and leveling/rewards included in the zombie gameplay, which hasn’t been offered before with Call of Duty.

Its hard to say if Call of Duty enthusiasts will be pleased with this new information or not. This game has been in development longer than most of the CoD games, and it has definitely come a long way with gameplay and options that are offered to the gamers. There are a few problems that seem like no one will be happy with, like how some players hate Exo Suits. Some think the super-jumps the players have with their robot body parts are still too much, while others think they don’t want to play a Call of Duty game that doesn’t have Exo Suits.

With all the work they’ve put into the game, and the yearly releases of Call of Duty that are a major source of excitement for many gamers, this game will certainly be popular. The question is, will it be more successful at attracting new customers but end up losing their long time fans? Only time will tell.