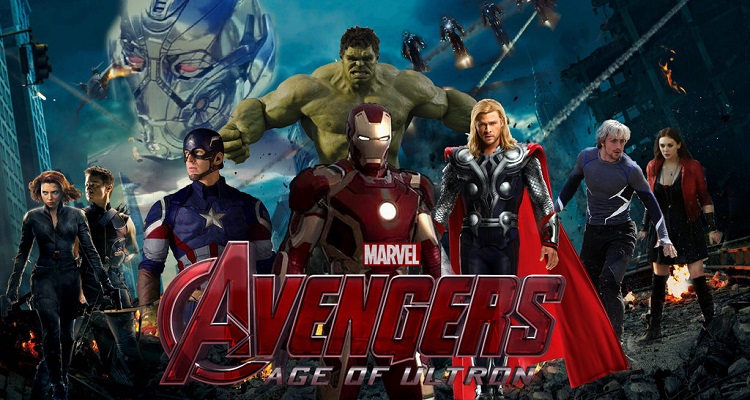 I was hesitant to write an Avengers: Age of Ultron movie review last week when it debuted here in the states. Initially, the first commentary to hit the web is usually extreme criticism or extreme acclaim. I saw it opening night and then waited a week to let it soak. I read some of the reviews on the internet and then saw the movie again this past weekend and alas, I am ready to spew all my honest thoughts of delight and discontent without hopefully spoiling your next date night.

Is ‘Avengers: Age of Ultron’ Too Funny?

Joss Whedon’s last adventure captaining the Marvel ship is full of elements hidden beneath elaborate spectacle. It’s much more personal this time. It’s a statement, a confession, and an answer to his harshest critics. It’s also yet another chapter in the Marvel Cinematic Universe anthology, which comes at a burdening price as it’s intertwined with Whedon’s emotional journey. It’s also supposed to serve as a Launchpad for Phase 3, while establishing a notable villain, introducing 3 new heroes, and continuing the arc from all 10 previous films. If you’re exhausted from watching the film, then it serves as a statement that Whedon too is drained and a testament that too much of a good thing is bad.

The film comes at us fast and funny right out the gate, as you would expect it. It is after all a Marvel film that is aimed at full family enjoyment with a few mature jokes about Hulk’s zucchini and an ongoing jab at the PG-13 language barrier. A lot of the criticism this time around revolves around the film’s effort to tug at your funny bone. Though I enjoyed all the witty banter and ongoing quips, I do see where all the grief is coming from. For a phase that is supposed be reflective of The Empire Strikes Back and trailers that foreshadow a much darker tone with ambient settings, there’s an attempt at an easy laugh every time Stark walks on set. It works for the majority of the movie though at times is takes away from the suspense.

Whedon Can’t Keep Up With Expectations

Whedon’s sequel however is a vehicle in response to the old “ask and you shall receive” dilemma. His first film received a lot of criticism for his treatment of Hawkeye and Black Widow. He allotted a segment mid film to slow down to a Walking Dead barn chapter to develop Barton’s human side, though I personally would’ve appreciated a little more of his cynic nature seen in the final chapter of the film. We then got a glimpse of Romanoff’s Russian assassin origins in a well introduced dream sequence. However, much of her present character in the film is rushed into developing a romance that hadn’t been established in previous films.

“Nothing good lasts forever,” are the words spoken by Whedon’s femme fatal near the close of the film. Is the movie good? Of course it is, but how it relates to the movies beforehand is up for debate. Last year we were spoiled with two great movies, Winter Solider and Guardians. The bar is constantly being raised and we expect each new addition to be better than the last. Given that Joss is the geek genius tasked to spearhead this latest installment, he does so by allowing the characters to vent his own exhaustion. I think this sort of layered self-inclusion works well, especially if you’ve kept up with the ever expanding MCU.

Ready For Some New Blood, aka The Russo Brothers

Again reminiscent of Star Wars, is the notion that the age of Whedon has come to a climactic finale and left in his absence is a sense of ambiguity both onscreen and off, some planned and some coincidental. There are consequences from the Phase 2 slate that the heroes have to deal with, such as main Avengers like Iron Man and Hulk “out” and a world that has become tired of their antics. But just as importantly, Marvel has found itself in its own Empire Strikes Back era as key members like Whedon and Wright are “out” and perhaps that the world now is getting a bit tired of their antics (sales are strong but below expectations). Take it however you’d like but I’m optimistic about the new direction as the Russos take the reign.

The Marvel Cinematic Universe is much like the stages of childhood. With Phase 1, it was a new bundle of joy that we were ecstatic to witness and we forgave it for all its inelegance. It came out screaming for attention, lost its balance, and then gained traction once Avengers assembled for the first time. But as we tread into Phase 2 teenage territory, the child becomes self-aware and is introduced to issues they’ve never experienced before, such as the onset of invulnerability (Iron Man 3), political assertiveness and defiance of authority (The Winter Soldier), and a colorful statement of outcast revolt (Guardians of the Galaxy). 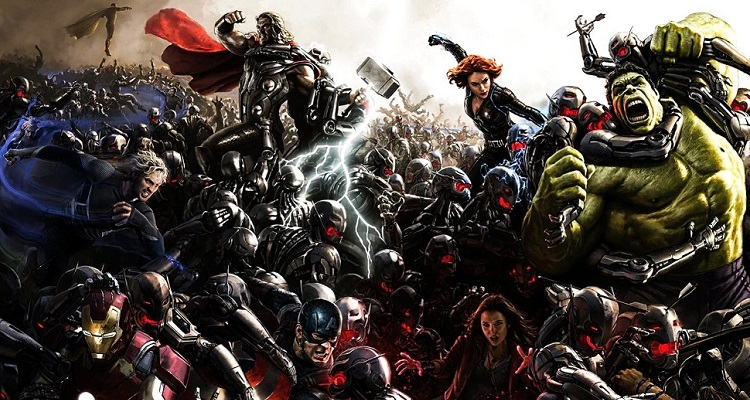 Much like the rebellious years of adolescence, Age of Ultron does not shy away from a short-lived romance that everyone wiser knows won’t work, a reluctance to not take anything too seriously, and a bit too meta personal at times. Ultimately, Age of Ultron’s struggle centers on the old saying, “Give a mouse a cookie, he’s going to ask for a glass of milk.” We’ve asked for a superhero team up, now we want it to win awards.