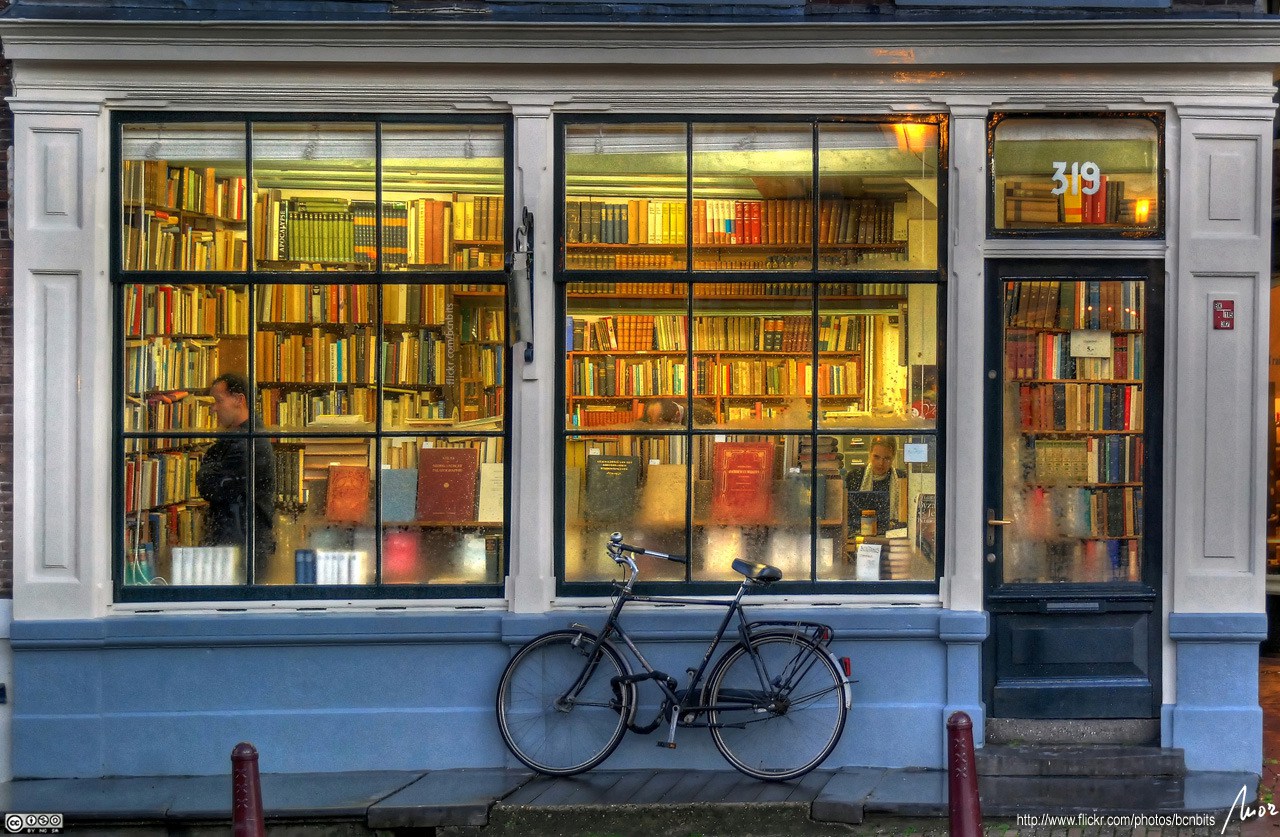 Check out this month’s BookCase Club loot! For those of you who don’t know what I’m talking about, BookCase Club is a magical subscription box where, for only $10 a month, you get two books delivered to your door.

There are six different genres or themes that you get to pick from, (Booking for Love, Thrill Seeker, Strange Worlds, Teenage Dreams, etc.) but the specific books chosen each month are a surprise and hand-picked each month by the BookCase Club experts. Each box also comes with a nifty little gift too, and this month it was a small purple journal. 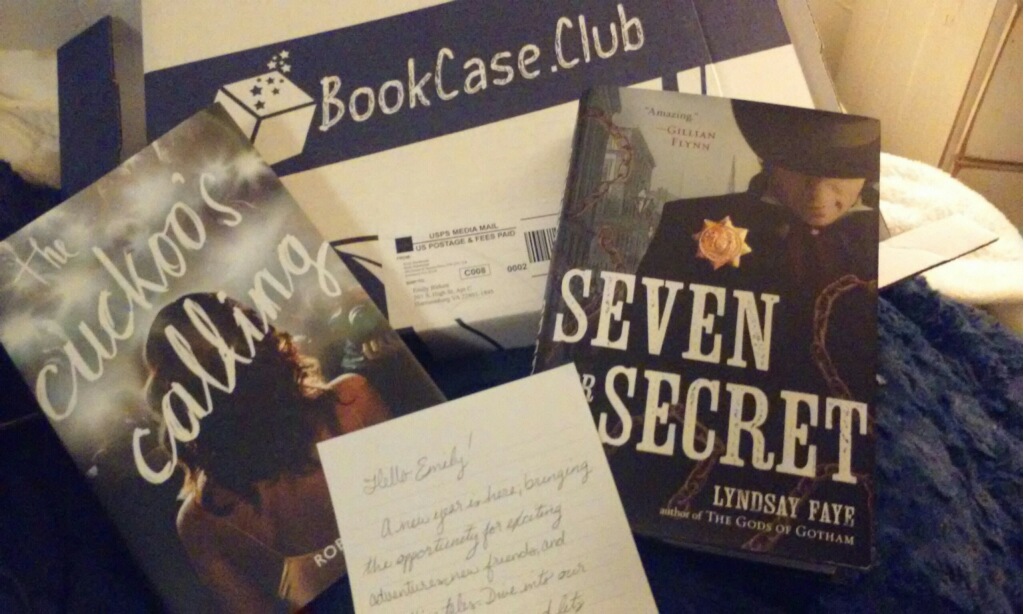 January’s book selection included The Cuckoo’s Calling by Robert Galbraith (the pen name of J.K. Rowling) and Seven for a Secret by Lyndsay Faye. Both are big, solid hardcover books with crisp pages, and after eagerly reading the inside flaps I could tell these would both be dramatic and interesting reads.

Let’s Start With The Cuckoo’s Calling: 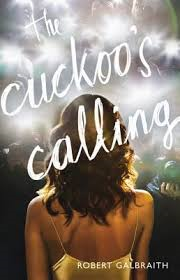 The Cuckoo’s Calling is #1 in the Cormoran Strike series. (#3, Career of Evil was released late last year).  J.K. Rowling has established herself as one of the most popular and adored authors for children/young adult novels, and this book marks her third step into adult fiction (both previous novels were also written under pseudonym Robert Galbraith).

The story follows the fallen-on-hard-times ex-military man Cormoran Strike, now a private eye in London. Strike is approached by a friend whose sister, a supermodel nicknamed Cuckoo, allegedly committed suicide. Despite the chaotic and overwhelming circumstances that surrounded Cuckoo’s celebrity life, the cause of her death cannot be so easily decided. Strike is barely scraping by as a PI, and he accepts his friend’s plea for help. From there, we follow Strike as he delves into the frightening and glittery realm of the rich and powerful to uncover what really happened to Lula “Cuckoo” Landry.

Seven for a Secret: 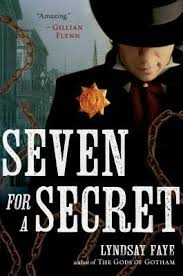 Upon opening the cover and reading the inside flap, I immediately was reminded of  Tarantino’s 2012 drama, Django Unchained. Hello gritty and fierce slave-trade driven era of the 1846 South. Even the cover itself gives a pretty accurate depiction of what the story will be about. Seven for a Secret is book two of the Timothy Wilde Mysteries, and it follows abolitionist Wilde into the corrupt world where his law-enforcement status forces him to follow the then-rule of catching slaves.

In this second installment of Faye’s now three-part series, NYPD officer Wilde must help the distraught Lucy Adams who comes to him pleading that he help her find her family. Thus, Wilde is thrown into a gritty escapade– searching for Adams’ family alongside his feral brother, Valentine. Get ready for dead bodies, moral dilemmas, and everything else you could look for in a historical crime novel.

Thanks again to BookCase Club for the opportunity to read their books! All you book nerds out there need to check them out! It’s a great deal and you can’t beat having a book expert pick your books out for you.