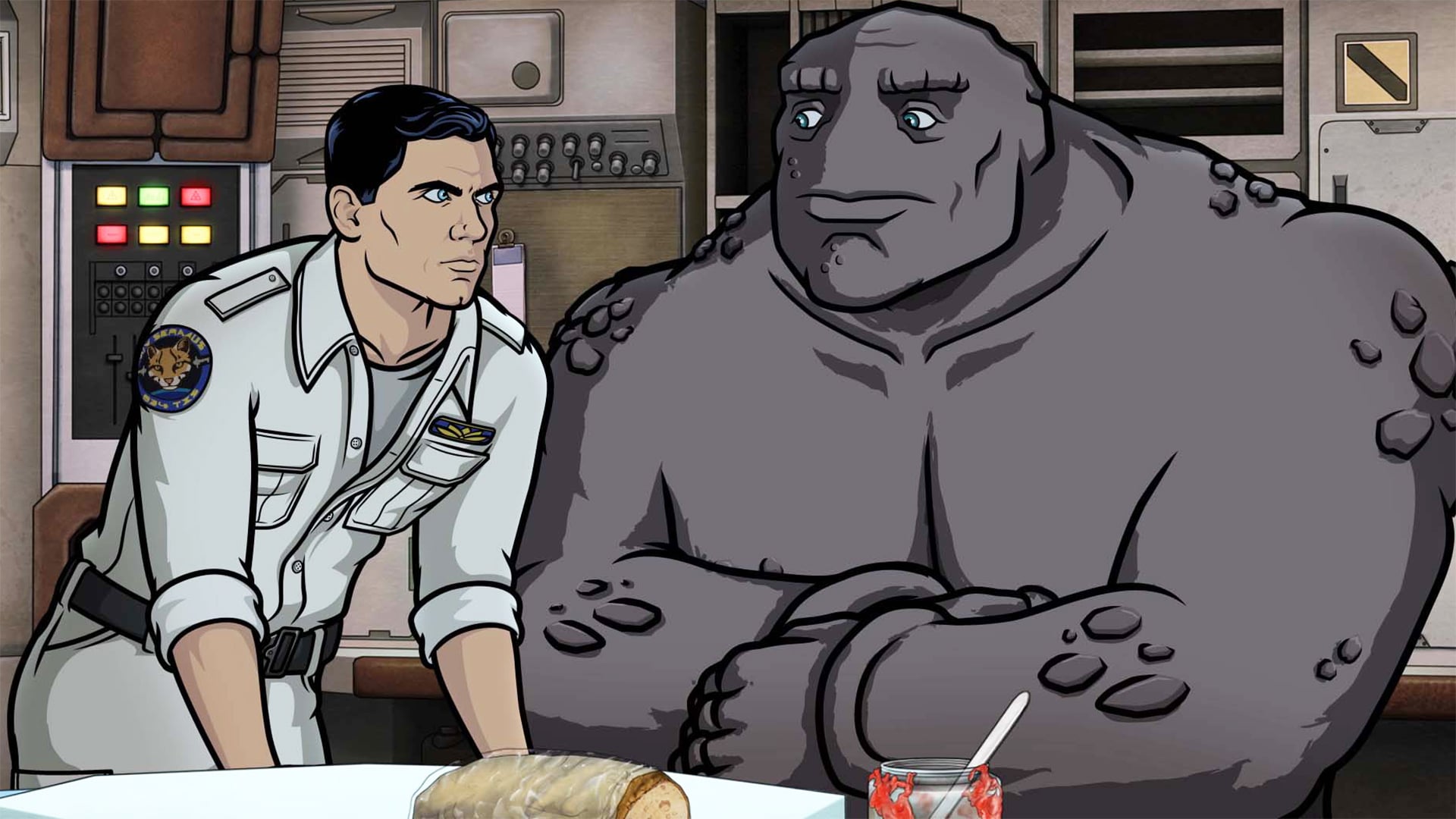 Ever wonder what life would be life if you could just do whatever you felt like doing with no regard for the consequences? If you just automatically gave in to your basic instincts and desires without censoring yourself or worrying about what everyone else will think?

What if I told you there was a magic pill (or egg) that would give you total freedom from self-doubt, anxiety, and emotional restraint and that would allow you to be the person you’ve always wanted to be? Of course, the pill (egg) is highly addictive, the long-term effects are completely unknown, and you’ll probably end up destroying yourself and/or everyone around you eventually, but for a brief intermezzo, you’ll be on top of the world! Would you take it?

That’s the question posed by “The Leftovers,” which, in addition to being a food-for-thought (pun not intended) kind of episode, is one of the most entertaining Archer adventures I can remember. We saw a return to the original Archer formula in the season premiere, and after a good-but-not-great diversion to the Garjek moonbase last week, the interaction between the characters this time around just feels familiar (in a very good way). Even the opening scene with Archer and Lana sniping at each other using cultural references is enough to remind you of why we love this show in the first place. And Brett getting accidentally shot for the umpteenth time never gets old.

The story itself is right up there with the cheesiest science fiction plots imaginable, but somehow it works. Benedict the six-legged something-or-other was apparently part of a sandwich, but he (she?) somehow regenerated and constantly lays eggs that, when eaten, remove all mental barriers and allow the eater to act in accordance with their basic desires and urges. Pam becomes a decisive leader, Cyril gives up and does nothing, Ray writes an obscure musical about the Teapot Dome Scandal, and Archer and Lana just decide to screw each other’s brains out. The only person not affected by the eggs is Cheryl since she has no impulse control to begin with.

As you might imagine, there’s a definite difference of opinion as to whether eating the eggs is a good thing. Part of the crew realizes that, even though euphoric sensations and emotional liberation are fantastic, the feelings are only temporary (and ultimately dangerous). The rest don’t care—they’re finally free to be themselves, and they’re not going back. Thankfully Cheryl’s basic instincts (which may or may not have been intensified by the eggs) tend toward both self-destruction and the misery of others, and so she jettisons the eggs and poor Benedict before anyone can stop her, thus saving the rest of the crew from themselves.

Although presented in a very lighthearted way, “The Leftovers” actually makes an important point (whether intended or not). Self-doubt and anxiety are real, and many of us struggle with it on a daily basis. We know what we want to do, and in many cases should do, but our inner critics constantly tell us that our instincts are off, our choices are usually bad, and everyone will disapprove if we take a risk rather than playing it safe. So we stay in jobs or relationships that make us miserable because we’re afraid of making things worse.

Fortunately, there are medications and other forms of treatment that help. But they’re not magical cures. And a pill that completely wiped out our inhibitions wouldn’t be the right answer even if it existed. We humans have developed impulse control over the years to protect us from doing epically stupid (and sometimes even dangerous) things because while we might think jumping an open drawbridge sounds like a great idea in the moment, it’s probably not.

As is the case with so many other things in life, the secret lies in finding a balance. While self-doubt and fear can be crippling (trust me, I know), it’s also helpful in manageable amounts. If you find yourself leaning toward either extreme, talking to a trained professional could really help.