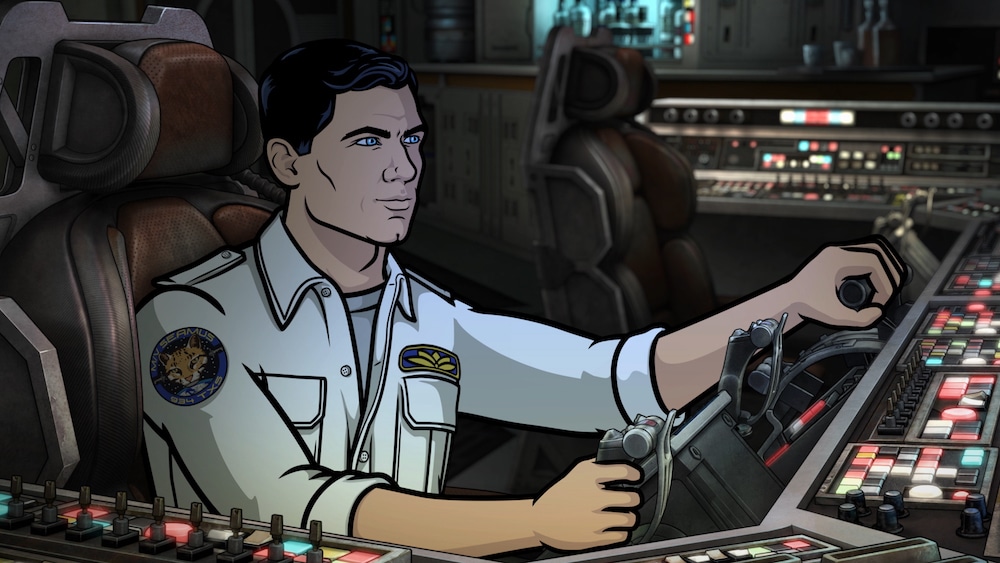 If I were stranded on a desert island and had to pick just one television show to watch for the rest of time (yes, my deserted island has electricity and a working DVD player, OBVIOUSLY), Archer would definitely be in the running. The show is incredibly well-written, and the apparent chemistry between the characters is amazing (and almost impossible to explain given the fact that they usually don’t even record their lines at the same time).

And just when you think that maybe creator Adam Reed and his writers have run out of ideas, they rework the show entirely, keeping the core concepts in place while placing the characters in entirely new environments (and sometimes even new bodies). Over the last nine years, we’ve seen Sterling Archer as a secret agent, a drug runner, a private detective (in two different time periods), and a pilot. And while some of it’s worked better than others, it’s all been very entertaining.

Having said that, I’ll admit that I haven’t been as excited about the last couple of years as I was about the first few. Maybe I’m just a creature of habit, but I really like the spy agency version of the show we see in the first four seasons, and it just feels like we’ve lost a little bit with each new iteration (although I have to admit that, after rewatching Danger Island over the last few days, it’s a lot better than I remembered it being the first time I saw it). Again, don’t get me wrong—a “bad” episode of Archer is still better than 90% of the other stuff on TV. But I just prefer the original version. And while I respect Reed for being willing to shake things up, I just wish Archer would wake up from his coma and get the ISIS gang back together. I’m probably in the minority on this one, but what can I say? I’m not a big fan of change.

But if you’re going to keep the “real” Sterling Archer in the hospital and go with another dream-sequence season, Archer: 1999 may end up being a fantastic alternative. “Bort the Garj” may be set in the future (or at least what we all thought the future would look like in the mid-80s), and there are still a couple of characters who aren’t exactly themselves, but it definitely has an early-season feel.

For one thing, everyone’s physically together and on the same team (which hasn’t been the case since season seven). We also get an Archer-Lana relationship again—they’re divorced this time, which is great since they’re at their best when they’re fighting to hide the obvious sexual tension. Pam and Carol are also back together, and even though Pam’s more like a low-budget version of the Thing than a person, it’s like they haven’t missed a beat. Cyril’s also back to serve as Archer’s punching bag (and apparently he’s dated Lana in this universe as well).

There are some new twists—Malory has the ability to morph into some sort of sentient energy field, Ray’s a prostitute, and Krieger’s a rob—I’m sorry, “synthetic human”—but they don’t take away from the characters’ basic personalities (we always suspected Krieger to be a clone anyway, so this isn’t really a stretch). And we even get Barry (as “Barry 6”) back this season as Archer’s oldest and most challenging nemesis. It looks like all the pieces are in place for one of Archer’s best seasons in years.

As for the episode itself, it’s a solid season opener. Archer and Lana own the Seamus, a commercial salvage ship, and they’re in the middle of trying to pick up what some space pirates have left behind when they pick up Bort, a starfish-looking creature (and that’s the G-rated description) who’s the heir to the Garjek family fortune. Long story short, when the crew takes him back to his home planet, they discover that it’s all been an elaborate ruse orchestrated by Barry 6 to capture Archer and extract his bones. Not good.

All in all, I’d call this a really good start to what could be a fantastic season of television. If you haven’t noticed by now, I’m pretty excited about it. Let’s hope the rest of the season lives up to the hype.