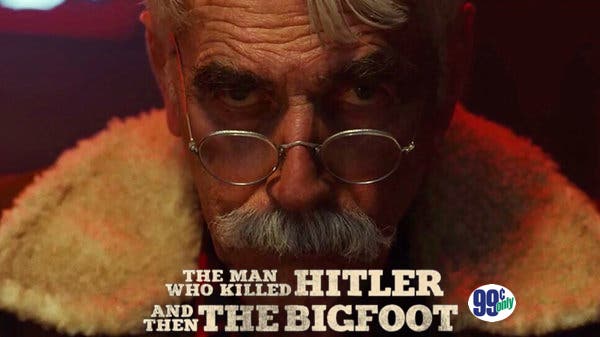 In the twilight of his life, Calvin Barr (Elliott) is a lonely man haunted by the past … particularly the role he played in assassinating Adolf Hitler during WWII. Of course, history has since overwritten that fact, and left Calvin’s would-be heroic actions buried under decades of cover-ups and misinformation. Even as Calvin struggles to make peace with a life nearing its end, the U.S. government has other plans, offering the old soldier another clandestine assignment that – even in old age – he’s uniquely qualified for. But can the man who killed Hitler also kill The Bigfoot, thus preventing the spread of a potentially Earth-killing plague? 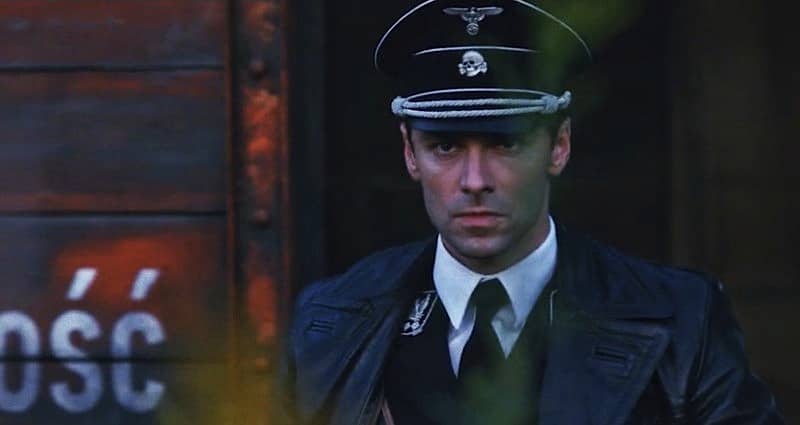 Spoiler alert … he does. Though that’s not really a spoiler at all, because the film’s cheeky title – The Man Who Killed Hitler and Then The Bigfoot – tells you as much going in. I should tell you, however, that said cheeky title is a more than a little bit misleading in an unexpected sort of way, as it seems to set viewers up for a campy adventure flick on the level of a Wolfcop or Killer Klowns From Outer Space. The Man Who Killed Hitler and Then The Bigfoot is about as far from those campy classics as you can get, all but ignoring its potentially serio-silly setup to deliver a sobering, slow-burning exploration of grief and regret.

Said fact is all but certain to alienate most viewers who come to the film looking for a kooky adventure promising to pit the great Sam Elliott against both Adolf Hitler and a mythical creature in Bigfoot. Seems the most fun The Man Who Killed Hitler and Then The Bigfoot‘s writer/director Robert D. Krzykowski allowed himself in crafting this genre-centric confection was in conjuring that killer title, ’cause it’s the only thing fun or eccentric about his movie … even putting off that final beastly showdown until the final 20 minutes or so of the film.

That’s not necessarily a bad thing. Though Krzykowski patently ignores the campy potential promised by that title, he does so in service of a hard-hitting character driven drama that, at times, skillfully explores themes of romantic longing, the enduring damage of surviving war (and loved ones), the dissociative nature of heroic myth-making vs. austere realities, and, the constant human struggle between who we were, who we are, and who we still might become. While one really does have to question why one would choose a farcical title like The Man Who Killed Hitler and Then The Bigfoot for a film that features such heavy topics, Krzykowski finds a surprising emotional elegance in exploring those themes, crafting a uniquely off-kilter cinematic experience that’s often surprisingly insightful, and just as often quite lovely to look at.

The problem is that structurally, tonally, even cinematically, there’s essentially four different movies (a stark romantic drama, a WWII thriller, a character study about living with a lifetime of regrets, and a Bigfoot hunting adventure) at play in The Man Who Killed Hitler and Then The Bigfoot‘s overarching narrative. Sadly, Krzykowski never unifies them into a singular vision, nor does he pay those stories the credence they deserve. And just to be fair, each of the film’s disparate narratives would likely have made for a compelling bit of cinema in their own right. While Krzykowski and Co. do their best to give those narratives a slightly unique look and feel, they’re cobbled so carelessly together that each feels tragically undercooked. All of which results in a largely ineffective whole that fails to serve the inherent drama within while almost stubbornly refusing to indulge in camp.

In all the narrative noodling and wild tonal shifts (that come and go via a seemingly endless stream of sloppily executed flashbacks), it’s almost easy to overlook the work of Sam Elliott as the titular killer of beasts and tyrants. Elliott fans will be happy to know that the esteemed actor (and his iconic mustache) continues his current hot streak here, delivering another stoic, scene-chewing turn full of all the internalized romanticism, anguish, and menace you’d expect from an Elliott performance. While The Man Who Killed Hitler and Then The Bigfoot misses the mark overall, Elliott’s work ultimately elevates the film from the realm of intriguing but horribly indulgent misstep to the level of moderately frustrating, yet endlessly watchable entertainment … which sort of feels like a win when you shamelessly waste such an eye-catching title. 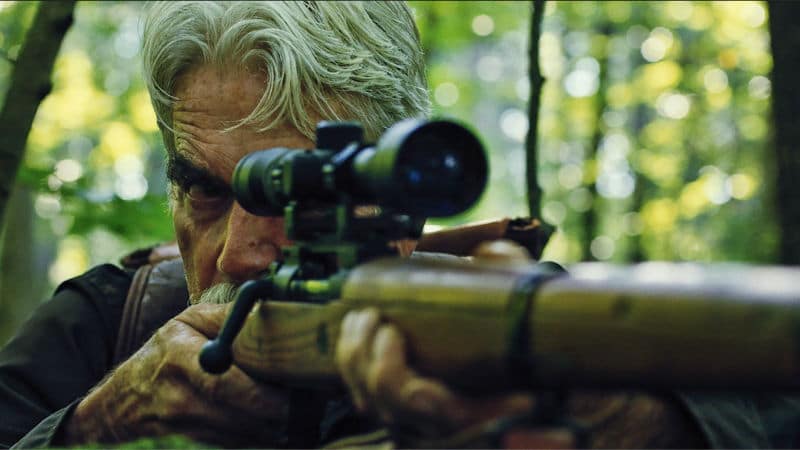 Ok, here’s the thing – Sam Elliott die hards are probably going to love The Man Who Killed Hitler and Then The Bigfoot. But viewers coming to this film looking for a campy cult classic to share with the Rocky Horror Picture Show, or Plan 9 From Outer Space fans in their lives will be sorely disappointed. So too will folks seeking a pulse-pounding WWII drama or a haunting portrait of a life lived in regret. But if you can turn off any and all expectations this film’s title begs you to conjure, you might just find a few intriguing pieces in the maddeningly disjointed puzzle that is The Man Who Killed Hitler and Then The Bigfoot. And that might just make it worth a dollar to you.