Home NewsEntertainment The (Other) $0.99 Movie of the Week: ‘Wolfcop’
EntertainmentFeaturedTV and Movies 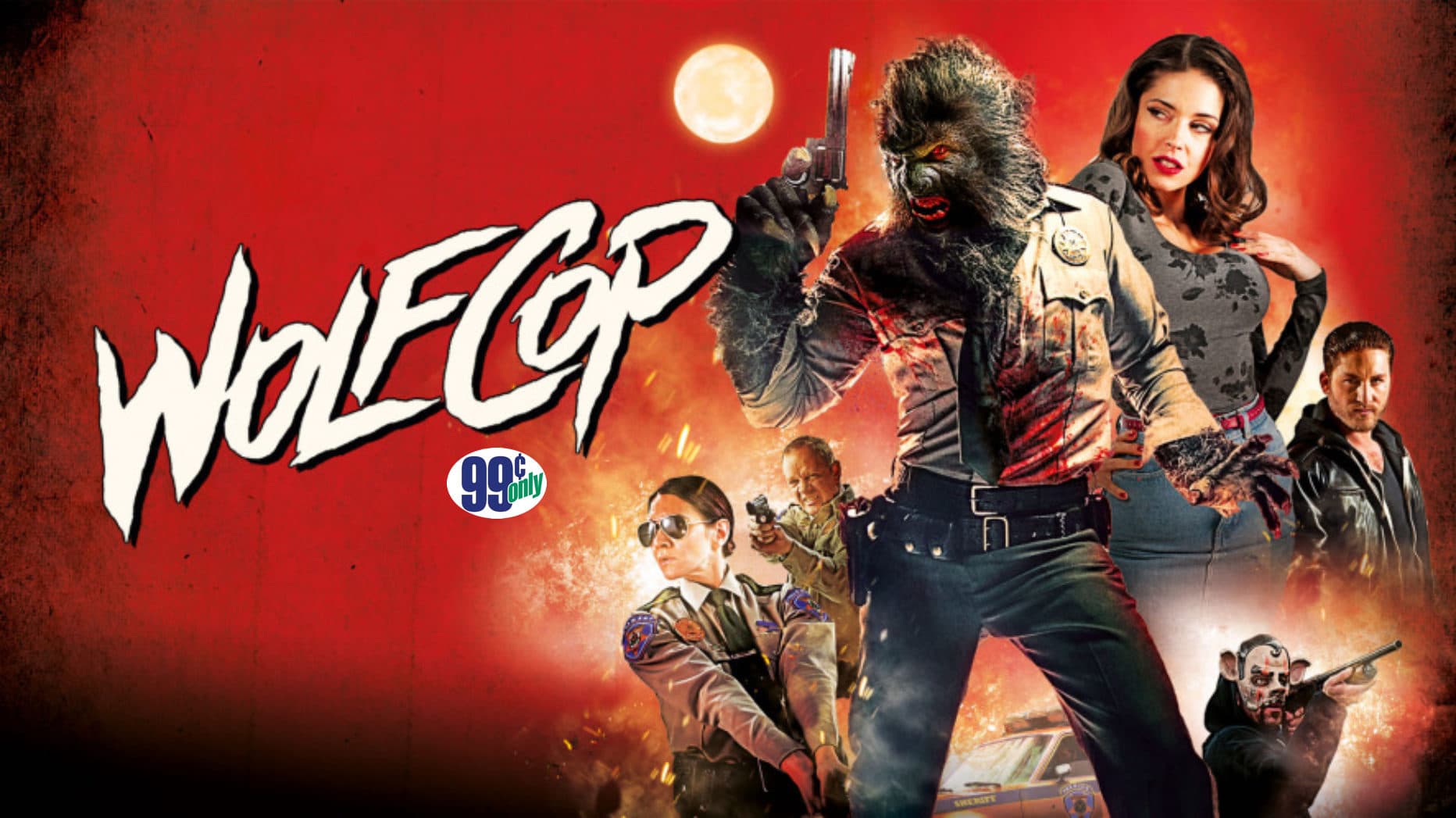 Right, so the featured $0.99 flick this week is a sequel to 2015’s comedy, Daddy’s Home, starring Mark Wahlberg and Will Ferrell. It’s cleverly titled Daddy’s Home 2. As a matter of principle, I could not watch it, because I didn’t bother seeing the first one, and I’m not the sort of person who’s comfortable watching a sequel if I haven’t seen the original. My guess is that if you enjoyed the first Daddy’s Home, you’re probably gonna dig the sequel, even if it doesn’t seem at all necessary that said sequel exists. If you haven’t seen either (or simply have no interest in these films) don’t worry, there’s always something interesting in the “Movies You Might Have Missed” section of iTunes Movies. So …

I’m Not a Werewolf Expert, Man

For Sergeant Lou Garou, life in the town of Woodhaven is just a series of mind-numbingly dull events that occur between bars and blackouts. Of course, that all changes when he’s kidnapped by a bunch of devil-worshipping shapeshifters and transformed into a blood-thirsty werewolf. Welcome to Lowell Dean’s blissfully campy gore-fest, Wolfcop. 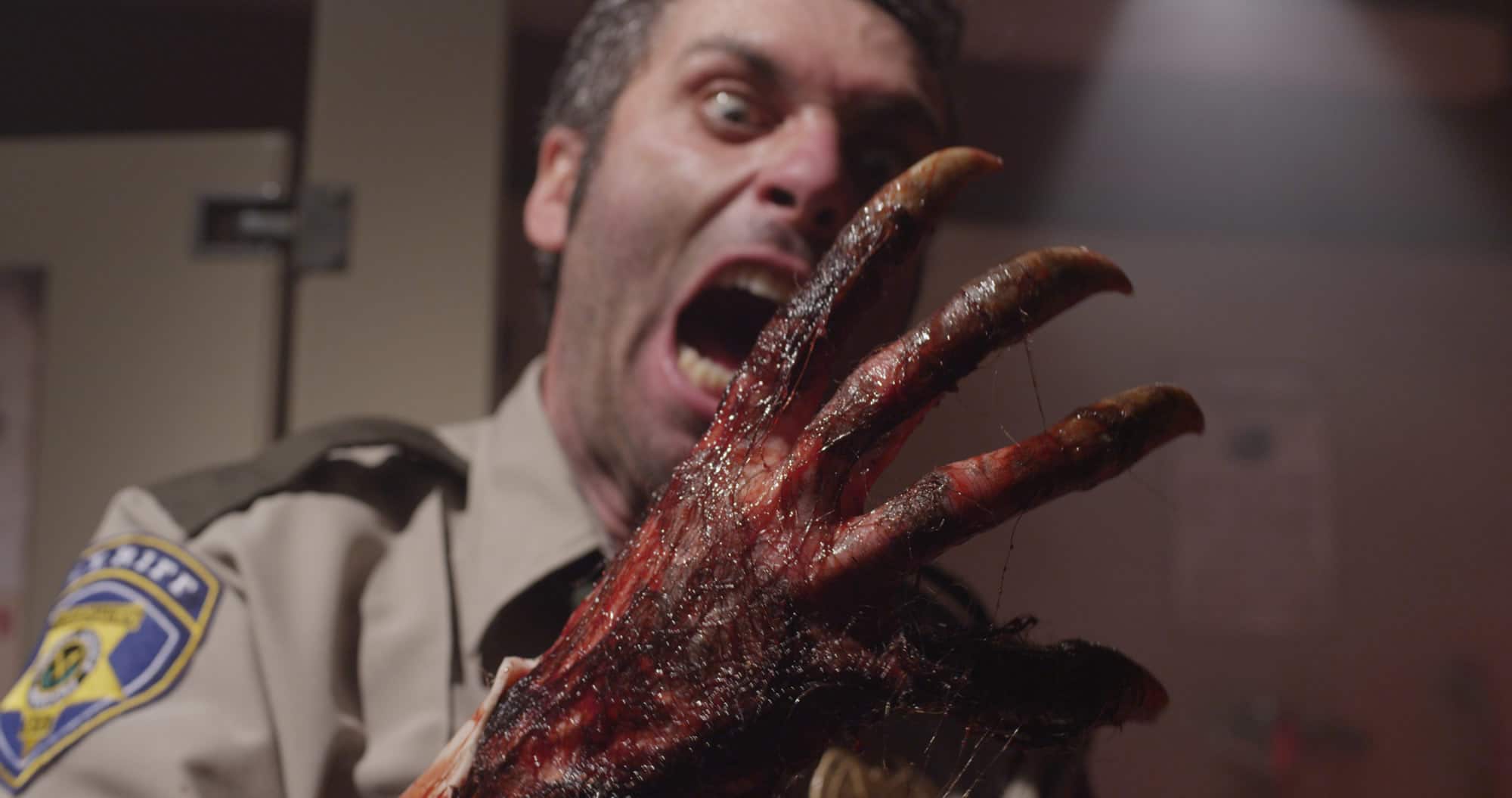 Realistically, there are only two types of horror movies: those that utilize tone and atmosphere to build a broiling sense of unease, and those that give a hearty middle finger to tone and atmosphere in favor of blood and gore. We would never presume to tell you one take on the genre is better than the other, but we can tell you that purveyors of blood and gore horror routinely have more fun with the genre, if only because their films essentially invite viewers to not take the madness too seriously. Quite often, they even indulge a purely comedic edge that encourages you to have a good laugh at said madness. In case you hadn’t guessed, Lowell Dean’s Wolfcop doesn’t just encourage a laugh or two, it outright demands it.

The good news for fans of the “comedic horror” genre is that Wolfcop more than earns those laughs. As an added bonus, it’ll more than satisfy those of you looking for some cringe-inducing gore. This is not as easy as it sounds. The issue that sinks most comedy/horror hybrids is the inability to balance the horror with the humor. Wolfcop, a movie that unfolds with an unabashedly ’80s, B-movie vibe that teeters ever between shocking and cheesy, doesn’t always succeed in that central endeavor either, but Dean’s uncanny ability to take the film’s beyond ridiculous premise just serious enough to keep it from farce makes for a surprisingly slick blend of gags and gore.

Regarding those gags, you should know that many of them (unsurprisingly) err on the side of adolescent. To that end, Wolfcop itself also feels a bit like a fevered hybrid of styles conjured from the genre-savvy mind of a teenaged male. Somehow Dean’s writing and visual approach (both of which fully embrace that adolescent energy) only serves to make the madness more palatable. In fact, that approach is what makes the gore (regularly pushing beyond the bounds of good taste) such a devilishly deranged delight, which is a good thing because Wolfcop is a film that has little use for character, or plot, or meaningful societal insight.

Still, not all movies are created equal, and some are better served in the absence of such devices. Wolfcop happens to be one of them. That doesn’t mean Wolfcop is a great movie. It isn’t. But it is a hell of a lot of fun, and if you go into it expecting nothing more than a big, dumb horror movie with a few good laughs in tow, that’s exactly what you’ll get.

Everything We Know So Far About Hideo Kojima’s ‘Death Stranding’