Time to turn down the lights and prepare yourself for some of the best free horror comics on the web. From the macabre to the sinister, the creepy to the grotesque, the following comics will leave you haunted and hungry for more.

Spooky Shorts for Your Spare Time

What does it really mean to love something with all your heart? Kiji Gahou’s The Collection is the story of one girl’s crush that escalates to something so much more. Beware though; this comic has a gore factor that will make you cringe twice over (also there a lot of nudity, just a head’s up). Gahou’s art is simple but powerful. The plot builds gradually and then faster and faster delivering you to an end that will either make you laugh or cry. 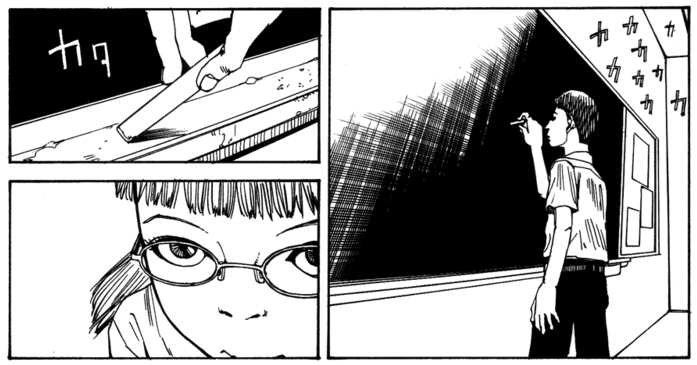 Lots of video game companies have ways of discouraging players from pirating their games. Copy Protection is a comic by Kevin Church and Paul Horn that serves as a warning to all those who might try themselves. Drawn in the style of stills taken from a video, this comic is short and sweet. Another comic with a warning is The Dreaded Question by Kurt Higgins and Zelda Devon about a young author going to meet his idol and asking that one special question “where do you get your ideas?” But the answer might not be what you expect. The art is beautiful and the near the end, stunning and more than a little gross. 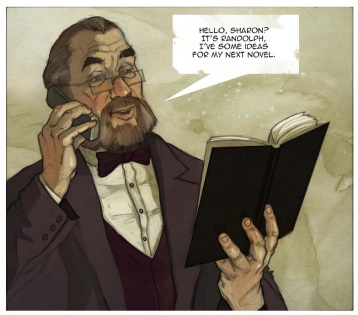 Prepare for a shock with the web comics of HORANG. These comics are in beautiful color, professionally made and more than make up for the fact that the English can be a little rough since it’s the author’s second language. They also each have a surprise to make you jump. Just make sure to view this on a proper computer since the special surprises can’t work on your iOS devices. First, there’s Bongcheon Dong Ghost, a story based on a Korean urban legend about a girl walking home in the evening only to encounter a vengeful spirit. The author also makes his own legends based on local news, such as in the short comic; Ok-su Station Ghost. 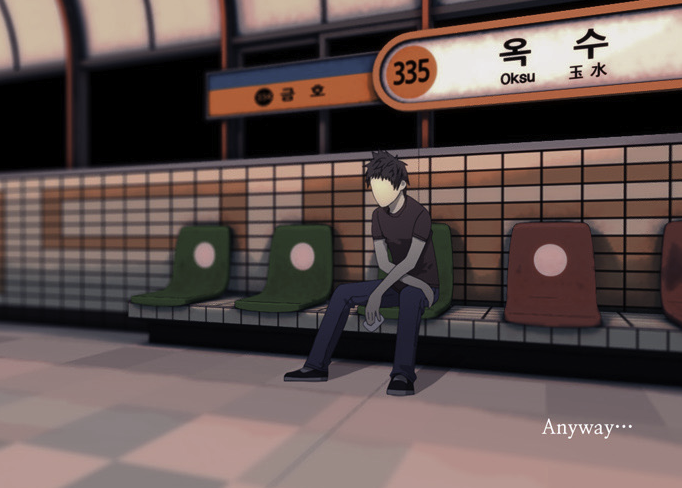 Sometimes the creepiest stories are the ones that make you think and wonder deep into the night. With her uniquely stylized and haunting drawings, Emily Carroll is an expert in this. In His Face All Red, two brothers (one rich and happy, the other poor and jealous) go into the woods to slay a fearsome beast. But what comes out is something else entirely. Carroll uses pacing and poetic writing to boost the creep factor out of this world. Out of Skin is Carroll’s story of a lonely woman living in the woods who discovers something gruesome after a rainstorm. But what is the woman’s real connection to the horror under the tree? 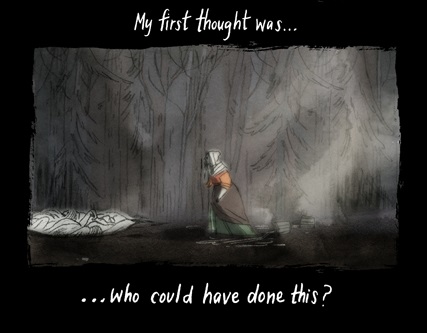 Collections To Fill Your Night With Horror

If you’re looking for a serious shiver, you should check out Junji Ito’s short horror manga collection. Ito’s horror is peculiar and eerie, exploring strange occurrences in everyday life to deliver a story that will make any reader’s skin creep. Take Ice Cream Truck, where a father notices the strange habit of the neighborhood children who take a ride on the ice cream truck that visits every Saturday. To the other parents, this seems like a blessing to have a break from parenting, to the father of the story; it seems a whole lot more sinister. Or Falling, where a small town is plagued by a wave of suicides and then a mass disappearance with only one survivor who can help the town discover where their loved ones have gone. Though his stories are short, Ito delivers a powerful punch in every one of his comics, exploring themes about human fragility and what happens when things aren’t as they seem. Remember to read it right to left though! 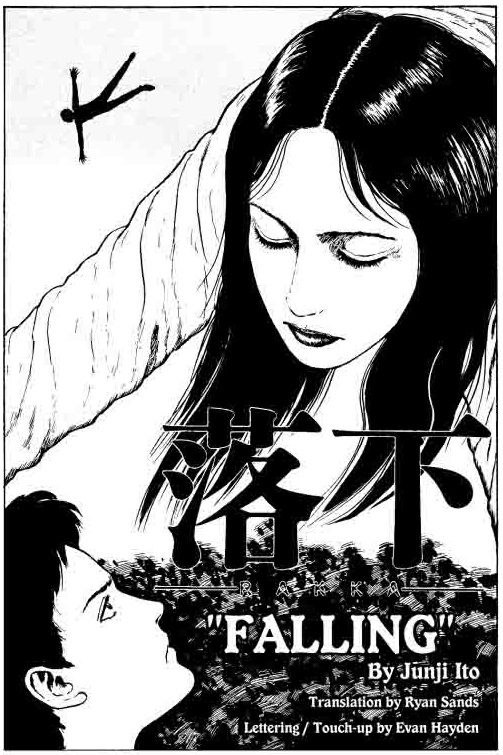 Mike Walton’s online horror anthology, False Positive, is a great place to look to fulfill your every macabre need. Séance is a comic about what happens when a medium isn’t thorough enough in her client screening. Ache will make your worst nightmares about losing your teeth seem like nothing. It starts out with what seems like an easy dental fix; just a tooth that needs to be removed, and ends with something that you’ll never be able to forget. While most of his panels are black and white, Walton uses color to make sure the horror of each scene stands out. 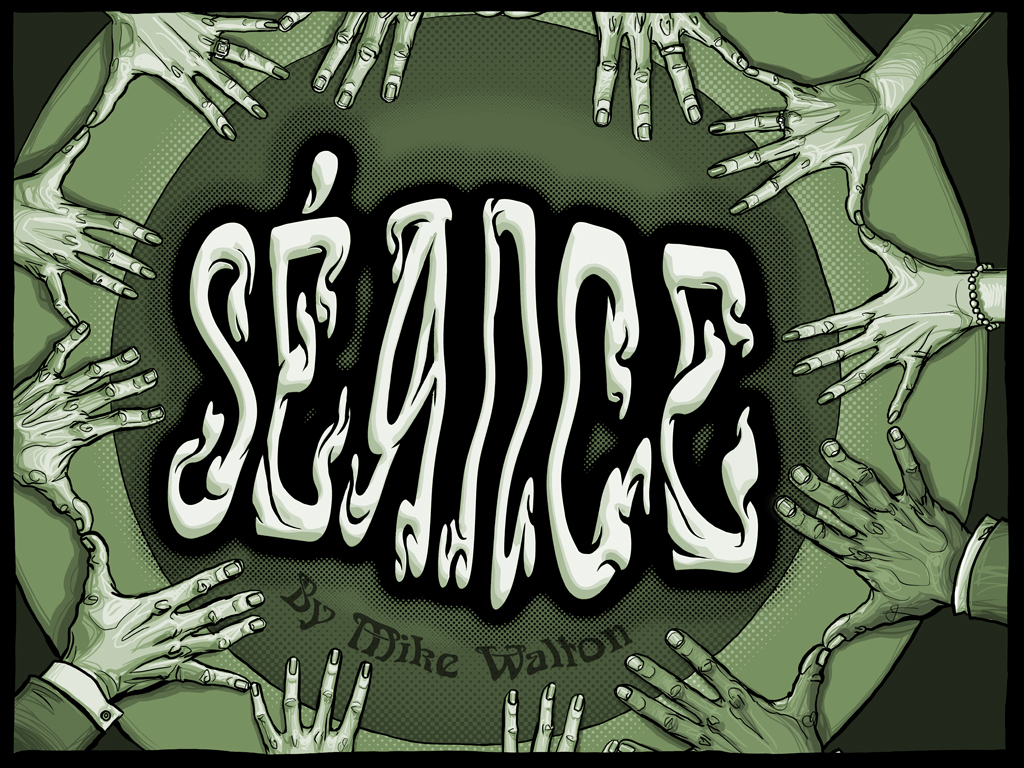 Another great anthology to keep you up at nights is Split Lip, whose stories are written by Sam Costello and illustrated by various artists around the world so you’ll never tire of the styles. Costello’s stories are very unsettling and are much like the stories of The Twilight Zone. An Old Man Looking (art by Diego Candia) is a story about a man who is haunted by a creature that appears whenever someone he loves is about to die. A Mother’s Love (art by David Hitchcock) is a tale of a village plagued by an old curse that causes the deaths of all its pregnant women. The imagery in this comic is especially weird and cringe worthy. 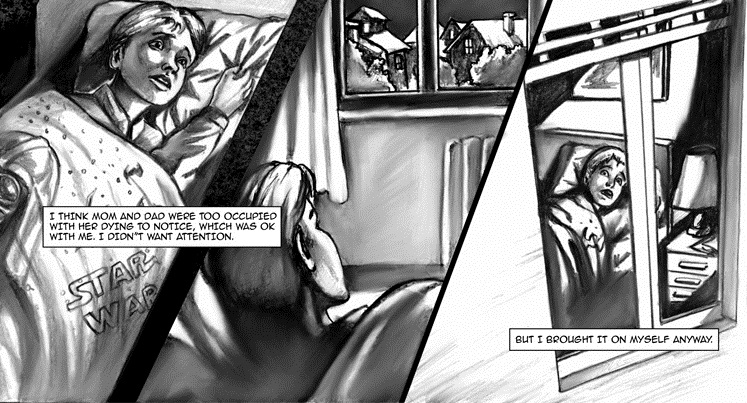 If you’re a Stephen King fan, make sure to read Little Green God of Agony drawn by Dennis Calero and based on King’s short story of the same name. The story focuses on Andrew Newsome, one of the richest men in the world who suffers horrible amounts of pain due to a past accident. In his desperation to find a cure, Newsome seeks less and less reputable avenues of help and finally meets a charismatic reverend who promises to expel Newsome’s pain. The story is told from the viewpoint of Newsome’s resident nurse, who has been with him all throughout his ordeal and knows how he refuses to try and fight his way to recovery, looking only for the easiest way out. But in the case of all King stories, things never work out for the best. 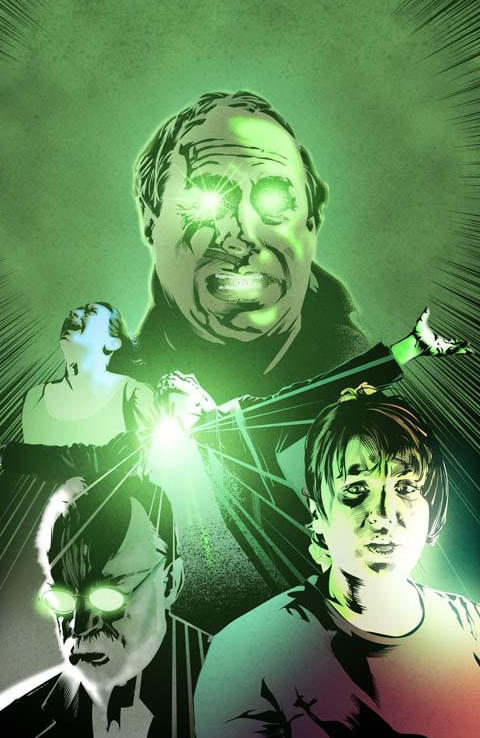 So click on the links if you’re looking for a scare. Geek Insider is not responsible for any terror and fear you may experience!