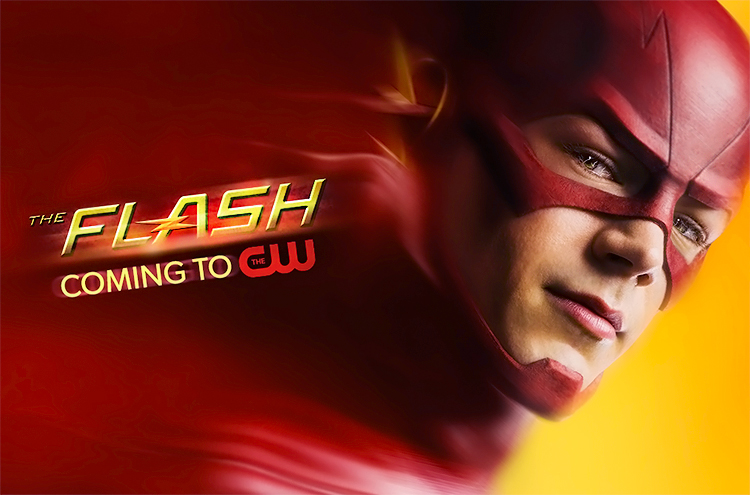 There’s a good amount of hype around the CW’s new show The Flash, based on the well-known comic book hero, which is set to premier later this year. Critics praised the original trailer for the show and general public interest has been keen. From the trailer, the pilot appeared to be crammed with a lot of information, but no one could say for sure how audiences would receive it until the episode aired this coming October.

But then we got lucky: the pilot leaked. I watched it, and there’s a lot to say. I’ve never read any comics for The Flash, but am an avid fan of the old-school Justice League TV series, so this isn’t an analysis of how true to comic lore the show is. But I’ll say this: I might start reading the comics after this show premiers. Now, on to the review!

A Lot of Info, But it’s Worth It

A universal concern from critics and reviewers who saw CW’s trailer for The Flash was the amount of storyline it appeared to contain. With the leak of the series’ pilot episode, that notion is pretty much confirmed. There’s certainly a lot happening in the 45 minute episode. That being said, it’s not a drawback.

The pilot is pretty fast-paced throughout, essentially giving you the Flash’s origin story in one go. I don’t mean that they skip ahead to when he’s a grown man teaming up with other superheroes in a well-established network of crime-fighters. What the pilot covers is how the Flash gets his superspeed, how he deals with his new abilities, some interesting tidbits from his childhood, and what his “normal life” contained before he became the ‘fastest man on earth’. And his “normal life” is actually pretty interesting; Barry Allen (Grant Gustin), the dude who will eventually become the Flash, is a forensics assistant for the Central City police department. It’s honestly refreshing to have a superhero who doesn’t start out as a complete nobody or a billionaire. Plus it adds an interesting element to the story with the added challenge of working in a somewhat high-profile field while being a mutated superhuman on the side.

It sounds like a lot, but it never felt like an information overload. If anything, the influx of information actually makes you take notice and become instantly interested in the storyline’s progression. What happened to his mom? How many others were given abilities by the ‘event’? I honestly felt invested in learning the answers to the questions the pilot set up.

Good News: It’s Not That Cheesy

If there’s one thing that instantly ruins a show for me, especially if it’s centered around a character/characters with special abilities, it’s cheesiness. The constant one-liners, the illogical situation set-ups, the overly playful and unnatural dialogue. Being on The CW, it’s not outrageous to fear that any or all of these features would mar this otherwise promising pilot episode. But lo and behold, the network is showing restraint.

Superhero movies are practically an invitation for cheese, but when the most popular shows today have been either strictly action/drama (The Walking Dead, Breaking Bad, Game of Thrones) or strictly comedy (Modern Family, Bob’s Burgers, Brooklyn Nine-Nine), a mix of action scenes and goofy dialogue isn’t going to cut it. And it seems The CW has realized this.

Even the banter between Allen and his best-friend-he-secretly-wants-to-date Iris West (played by Candace Patton) isn’t totally cringe-worthy. And when (major spoiler!) Iris ends up dating someone who isn’t Allen, the writers don’t entirely shy away from portraying him as a Nice Guy™, but they don’t make Iris look cruel and unfair for dating a guy she wanted to date over her best friend who never actually told her he had feelings for her.

Personally, I hope they go even lighter on the romantic drama subplot than they did in the pilot, but the romance angst won’t be unbearable. And if they’re sticking to most of the canon comic storyline, we’re gonna have romance (spoilers for the 1950s comic series, if you plan on reading it.)

Perhaps my favorite aspect of The Flash is the explanations behind events, characters, and even the costume.

In the original comic series, lightning strikes a shelf full of chemicals which are spilled on Allen, giving him his superpowers. In The Flash, the lightning bolt is what strikes Allen, and the bolt itself comes from a storm generated by the implosion and subsequent energy burst of a particle accelerator that goes online for the first time. It’s not exactly based on confirmed science, but it’s arguably more conceivable than “random chemicals hit by stray lightning bolt”.

The effects of Allen’s abilities on his body are more plausible than previous incarnations of the Flash. Rather than have “an invisible aura around [his body] that prevents [himself] and [his] clothes from being affected by air friction“, they stick with the accelerated healing rate that previous versions of the Flash had, as well as a supersuit that, originally designed by young S.T.A.R. lab innovator Cisco Ramon (played by Carlos Valdes) as a prototype for future firefighter uniforms, which withstands the intense heat generated by Allen’s superspeed. Again, an altogether more believable reason the Flash doesn’t get vaporized by his own ability.

And, as mentioned earlier, Allen has a job with the Central City PD as a pretty skilled forensics assistant. I like that the story is keeping away from the ‘lowly nobody turned superstar’ plot point here. It’s more immersive in the ‘real world’ to have Allen holding a decent, public job, even if it is abnormally featured on television. It’s also kind of cool that he goes from being the brains behind the ‘heroes’ of everyday life (police officers and detectives), to being able to help his city hands-on.