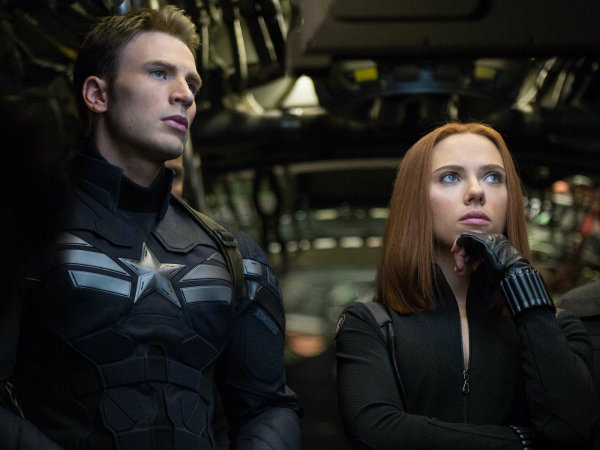 Can you see it in the distance? We’re one month away from the summer blockbusters. The ones you’ve been watching the trailers for all winter. Well don’t break out the sandals quite yet. We have this very odd month at the box office to deal with first. March had some big titles to get us excited about what we have in store. But April has a lot of stuff you probably haven’t heard of. Other than one star-spangled stud, there isn’t a whole lot to speak of. Here’s our April movie preview. Or is it an April movie fool’s joke? …It’s not.

Marvel vs. A Bunch of Forgettable Titles

It’s like taking candy from a baby for Marvel Studios. Captain America: The Winter Soldier emerges a month before the Hunger Games style blood bath that is the summer release schedule. If its overseas haul (it opened earlier internationally) is any indication, expect it to rake in the big bucks. Post-Avengers Cap (Chris Evans) gets his first modern day solo effort as he battles his old buddy Bucky, now the Winter Soldier (Sebastian Stan). Nick Fury (Samuel L. Jackson) and Black Widow (Scarlet Johansson) also feature, making this the closes thing to a SHIELD movie we’ve seen so far.

Draft Day stars Kevin Costner as the general manager of the Cleveland Browns attempting to land the top pick at the NFL Draft. The first I saw of this movie was a commercial that I thought was a joke advertising coverage of the draft. Its mix of authentic and scripted footage looks odd in the promos, but I’ll reserve judgment until its release. Will the Browns be as sad in the movie as they are in real life?

“What’s an average item that everyone has? A mirror. Okay, let’s make it creepy.” That’s the assumed line of thought that led to the concept behind the new horror film Oculus, where siblings must deal with a possessed mirror responsible for the death of their parents. Early reviews are positive. Plus I never bet against horror films at the box office.

Another genre I don’t bet against is family animation. Rio 2 has macaws Blu (Jesse Eisenberg) and Jewel (Anne Hathaway) venturing into the Amazon rainforest with their kids to investigate a group of rare macaws that are found. Family-friendly hi-jinx ensues. The original Rio had many successful moments, so it’s worth seeing if the sequel lives up to its predecessor. 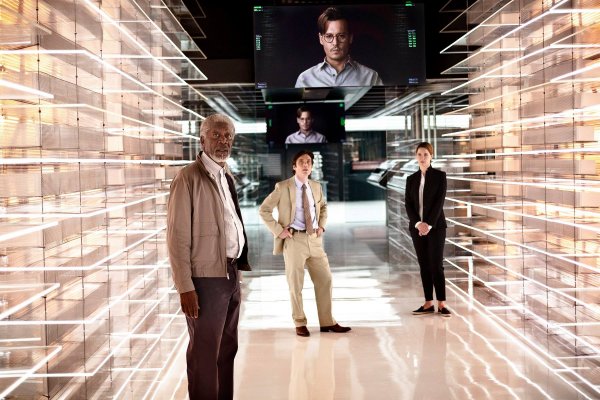 In what could be the oddest grouping of movies I have ever seen, this week is all over the place. Bears produced by Disney Nature, is being promoted as a nature documentary following real life bears in Alaska. But as is the case with all of the films of this nature (pun intended), they are edited in a way to present a traditional adventure story as opposed to being completely true to real life. Hopefully this film finally answers the age old question asking if a bear s**** in the woods. I bet the answer is yes.

A Haunted House 2, the sequel no one asked for, brings back Marlon Wayans to spoof some more horror movies. It seems the original made quite a bit more than its budget, so that’s why we have a sequel. This time his character finds a new lady friend after his old one dies in a car crash. Unfortunately his reanimated ex moves in across the street. The movie co-stars Jaime Pressley because of course it does.

What goes well with a spoof comedy? How about an inspirational religious drama? Heaven is For Real adapts the best-selling book about a young boy who witnessed Heaven during emergency surgery. He then speaks about a number of people and events he couldn’t have known about. Greg Kinnear stars as the father of the child.

Transcendence is a sci-fi thriller starring Johnny Depp, but it isn’t carrying the same hype most of the actor’s work does. The directorial debut of long-time Christopher Nolan cinematographer Wally Pfister, things get crazy when the mind of Johnny Depp’s ill character is downloaded into a computer.

April 25th- Brick Mansions, The Other Woman, The Quiet Ones

Brick Mansions has one of Paul Walker’s final performances as an undercover cop trying to take down a crime lord. Fans of Walker will want to see the film as it’s one of their last opportunities to do so on the big screen, but beyond the lead actor the film has very little buzz.

Advertising for The Other Woman has heated up in recent weeks as I’ve seen the same commercial for it about 100 times. Nikolaj Coster-Waldau of “Game of Thrones” fame plays a cheating husband who is found out by the women in his life. That leads his mistress (Cameron Diaz) and wife (Leslie Mann) to seek revenge.” The king slayer” won’t know what hit him.

Rounding out the month is the horror film The Quiet Ones. This one doesn’t deal in evil mirrors, but with a professor and a group of students who attempt to create a poltergeist. It’s not a spoiler alert to say it probably doesn’t end well for them. Couldn’t they just make a papier-mâché volcano instead?

So, that’s it for April movies. Let’s just take it one week at a time and then we get May and more blockbusters than we can handle. My April movie picks are Captain America: The Winter Soldier (of course) and Transcendence. Marvel is essentially unstoppable at this point so I’m anxious to see this next big chapter. With Transcendence, it marks a big transition for one of Hollywood’s best cinematographers as he moves to the director’s chair. So that should be fun. I fear I might miss A Haunted House 2 though. I think I’m busy that week… and every time it’s playing after that.