Is This the End for PC’s?

In 2010, John Herlihy, vice-president of Google‘s global ad operations, said smartphones would render PCs obsolete within 3 years. 2013 is here, but is the PC dead?

Remember the early 2000s? A Desktop was the preferred choice for almost everyone’s computing needs, while the laptop was only the second alternative. Tablets were almost non-existent, and touchscreen devices were hardly seen and too expensive for the masses anyway. Touchscreen smartphones rolled out with Windows Mobile from Microsoft, manufactured by HTC and others, but were still restricted to the high-end market.

But in 2011, a big shift occurred – there were more smartphones and tablets sold than PCs worldwide. This is expected to continue for the future years, with the gap widening. According to data released by research firm Gartner, PC sales dropped more than 8% year-on-year in the third quarter of 2012.

We are living in a post-PC era. A world no longer dominated by desktops, but by tablets and smartphones, ultrabooks and even phablets. It started off with the launch of Apple’s iPad, furthered with the launch of increasingly powerful smartphones, and now with devices like Google Glass coming up, the future of the Desktop does look uncertain.

Interfaces have grown increasingly easy to use. We’re using touchscreens and voice recognition as input interfaces much more than we’re using a physical keyboard and mouse. Portability is the single biggest factor driving consumers to non-PC devices. The world is obsessed with greater performance along with increasingly slick form factors, and today’s devices are catching up on whatever advantage the Desktop has long held.

Windows 8, having been built for touch interfaces, is only going to push this demand for touchscreen devices further. All-in-one PCs, a breed of PCs where the CPU is built and placed inside the screen, which is usually a touchscreen, fit this configuration too. However at the moment, but do not make up much of sales.

A few years ago, it was predicted that the mobile phone would overtake computers as the primary internet device by 2020. Turns out those predictions were way inaccurate. In 2012, Accenture released data indicating that the smartphone was already the preferred internet device worldwide. The shift is more profound in countries like US and China, and it is going to get increasingly difficult for the PC to catch up. 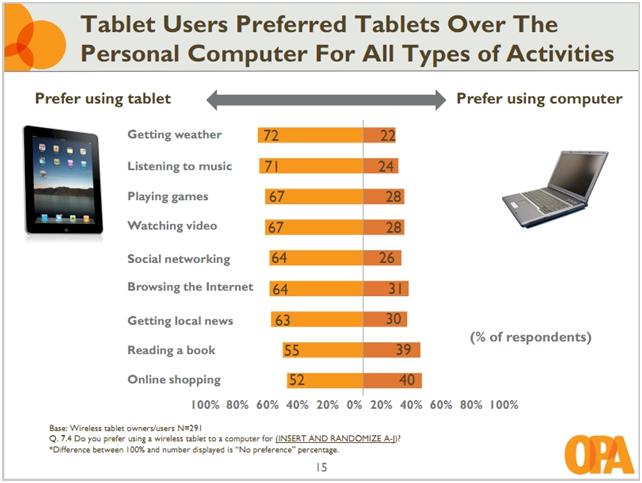 What really pushes the argument in favor of the desktop’s death is the emergence of devices like Google Glass – the augmented reality glasses to be introduced to consumers by 2014. Glass is revolutionary to the point it could almost threaten smartphones. In a way, it is the equivalent of a phone on your spectacles. The potential is immense, and the world has yet to see what develops.

Many would argue though, that the Desktop simply cannot be replaced or phased out. A hard core gamer, for example, would always prefer a high-end desktop configuration, which offers an experience that a tablet or laptop simply cannot replicate. A Desktop will take longer to be abandoned as obsolete because of the long life of its components.

For high-end performance too, the PC will remain, at least in the near future, the first choice for people working on animations, or video editing. Such tasks are beyond the capability of a mobile device, and the PC will offer better value-for-money over high-end laptops in these cases.

I, personally, always prefer to download extra-large sized files via my desktop, owing to bad experiences with laptops which would overheat and die if I left them on for too long. The PC, however, never gave me trouble despite months of uptime.

In terms of customizability too, the PC is way ahead. A Desktop can be configured to match the user’s needs in an infinite number of ways to supplement performance. The customizability on a tablet is zero, and is too limited on a laptop. Users with specific needs have, and will always flock to the PC, until the tablet and laptop industries come up with something new.

What’s Next for the PC?

Where is the PC headed then? There’s no denying the fact that smartphone usage will only grow and tablets would be eating into the market share of not just Desktops, but laptops as well. But will the PC die? Will there be a time when desktop would be remembered as that bulky device from the early 2000s? Maybe. While we know the PC is not going to sell like it used to, it won’t be right to write it off this quickly. It could perhaps come to be what the initial Windows Mobile devices were – catering to the needs of high-end, specific, smaller numbered customers, but still thriving nevertheless.

Maybe John Herlihy was a little too optimistic on smartphones. It’s 2013, and the PC hasn’t been rendered obsolete. Not yet.