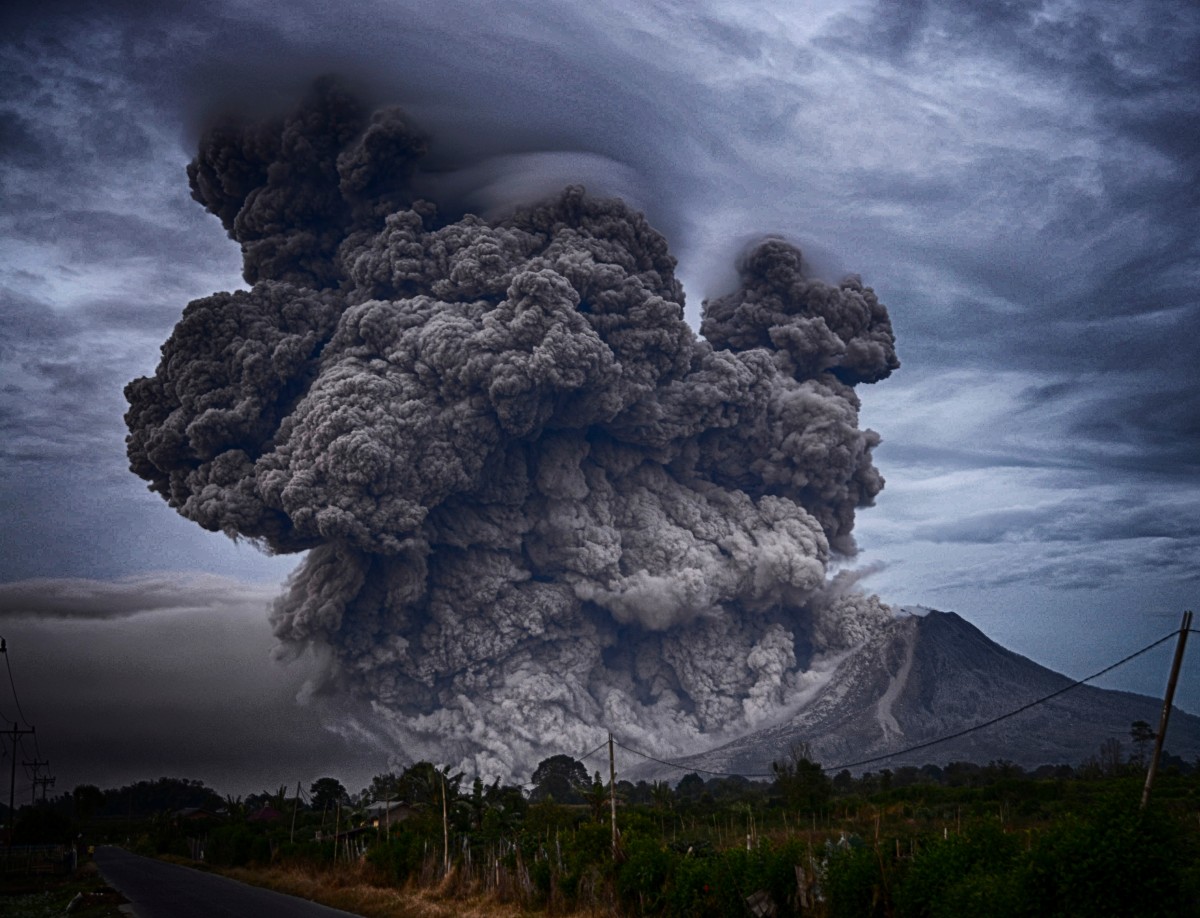 Please note… I’m not a scientist, geologist, volcanologist, or any other specialty that ends in ist. Nor am I overtly religious or a believer in a vast amount of conspiracy theories. I simply want to point out an observation and let you take it as it is, my opinion.

Now generally, if the prevailing minds say that a certain something is caused by this, that, or the other thing, I tend to take them their word. However, when I saw news articles yesterday saying things such as “Origin of mystery humming noises heard around the world, uncovered” and “Mystery of Weird Hum Heard Around the World Solved,” I was immediately skeptical.

Why? Because their explanation doesn’t make a bit of sense.

Perhaps I’m missing something here and if so, I’ll be happy to hear what you have to say on the matter because at this point…

I have to call Bullshit.

After reading what I have to say, I think you will too.

The specific event in question occurred in 2018, but that was by no means the only time this sound has been heard. People have reported these types of incidents for over 40 years. Being described as everything from a loud truck horn to the call for the apocalypse by Gabriel, these events have frightened and fascinated people all over the world.

Remember that… all over the world.

And for years, science has been baffled.

There was this scary session in Nottingham in 2017.

The Telegraph investigated one in Woodland back in 2011, there was one in Texas in 2012, and a rather annoying one in Taos, New Mexico in 2006. As you’ll see, the Hum isn’t always the same and there’s even events where it has actually been music that is booming over an area. But we’ll get to that, first, check out this clip from Inside Edition in 2016.

Now, I know that there have been numerous attempts at explaining these events, but for years and years no one could figure it out definitively. The movement of tectonic plates, HARP experiments, UFOs, and even the end of the world have all been blamed at one point or another.

However, since this latest news report is focused on 2018, I want to take a closer look at those particular events.

The Hum Heard ‘Round the World

In January of 2018, both the UK and Hong Kong had reports of the Hum and they are almost 6,000 miles apart. A version was heard in Ontario and Detroit in February, and then in April it was heard in Hawaii and the UAE, which happen to be separated by almost 9,000 miles. The Hu was also heard in various parts of the UK that year.

That August in Gothenburg, Sweden, it sounded like Godzilla was on the attack.

That year, the sky was filled with some of the strangest sounds ever recorded, in places separated by thousands and thousands of miles.

And now scientists say they know what caused it.

That same year, earthquake monitoring stations around the world detected numerous seismic signals in May, June, and November. While this is the first time I can find a definitive timing of seismic activity and the Hum, news agencies have been reporting that the activity “created the hum.”

Now this is where it started getting interesting for me.

According to news reports, a new study claims that the formation of a new underwater volcano caused the activity and Hum.

Just wait… it gets better.

The earthquakes were traced to the island of Mayotte between Africa and Madagascar in the Indian Ocean. The study detected 7,000 tectonic earthquakes, with the most powerful coming in May as a magnitude 5.9, and over 400 Very Long Period (VLP) signals. It’s these VLPs that they claim are the culprit as they are harmonic and low, sort of like a low horn, and they can last up to 30 minutes.

But here’s the best part…

These signals can be detected “hundreds of miles away.”

Okay, let’s take a look at that.

Where it All Falls Apart

Of course I’d never heard of Mayotte before, so I had to take a look to see where it’s located. It’s actually a beautiful island and even on first impression it’s kind of hard to believe that this little piece of paradise could be responsible for baffling people all over the world. 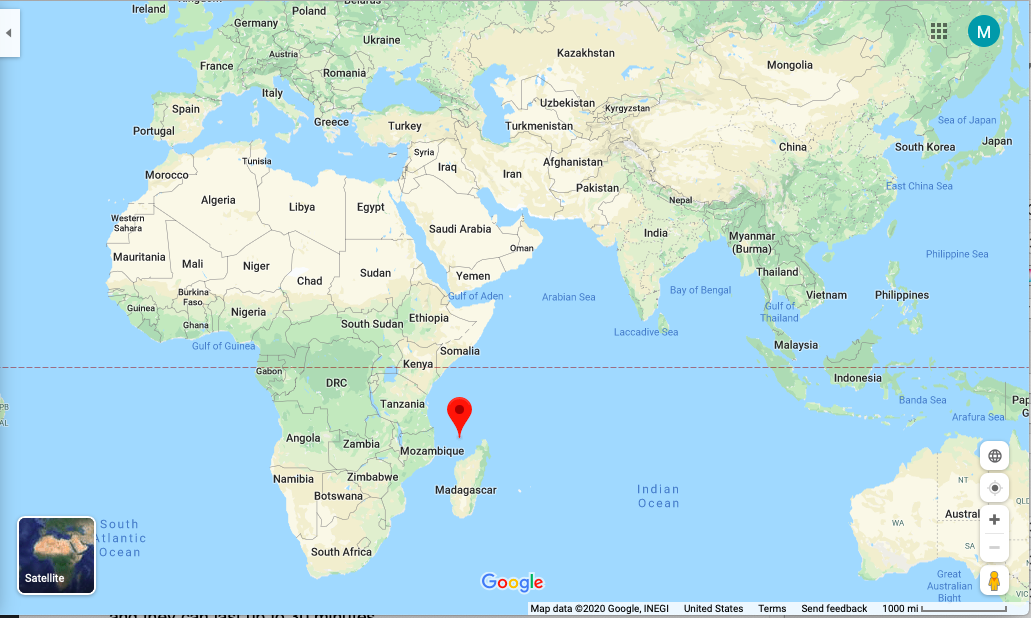 So, there’s simply NO way that Mayotte is responsible for all of the Hums as so many mainstream media headlines are claiming.

The report goes on to reveal that the signals and earthquakes were centered about 22 miles off the eastern coast of Mayotte, but that they didn’t actually have a seismic network in that area and took their measurements from Africa, Madagascar, and Mayotte. They found activity on the island that was linked to the earthquakes, including the island’s surface lowering over 7 inches.

While Mayotte couldn’t be the reason for ALL the Hums, could they be on to something with the underwater volcanoes?

Since we’re here and I’m the curious type, let’s see.

I came into this investigation thinking I was simply going to disprove the all-encompassing claim that an underwater volcano formation off the coast of an island I’d never heard of was responsible for ALL the Hums in 2018, but at this point I started to find something very interesting.

Now, while I didn’t find anything about an underwater volcano in Hawaii that year, I did find something else. The Hum was reported and recorded in April and they were struck with a 6.9 magnitude earthquake on May 2nd. The Kilauea Eruption happened on May 3rd.

Once again, I couldn’t find any mention of volcano activity in the area, but a 5.7 earthquake hit Iran around the same time the Hum was recorded in the UAE.

Back in February of that year, an earthquake with a magnitude of 4.4 was felt in parts of Wales and England. Just a short time after the Hum was reported.

In April, Taiwan was hit with a 6.0 and in November and Hong Kong was jolted with a 6.1. Again, the Hum was detected.

And yes, even in Ontario that year there was a 4.1 that hit in April, just a few short weeks after the hum.

So, as I said in the very beginning, I’m no “ist,” but after just a tiny bit of research I think it’s kind of easy to see a connection between the Hum and earthquakes.

Why has this been a freakin mystery for so long?

Forest Grove, Oregon has been plagued for years with the Hum and guess what, they had 38 earthquakes in just the past 365 days.

It’s been right in front of us all along.

If you hear Gabriel’s horn it doesn’t mean a little island near Madagascar is farting, it means that you might want to increase your homeowner’s insurance.

Whether it’s tectonic plates rubbing together, VLPs, or some other precursor to earthquakes, I have no idea. I just think that it’s kind of obvious that the two are connected.

So if a horn means an earthquake, what does a full on song mean?