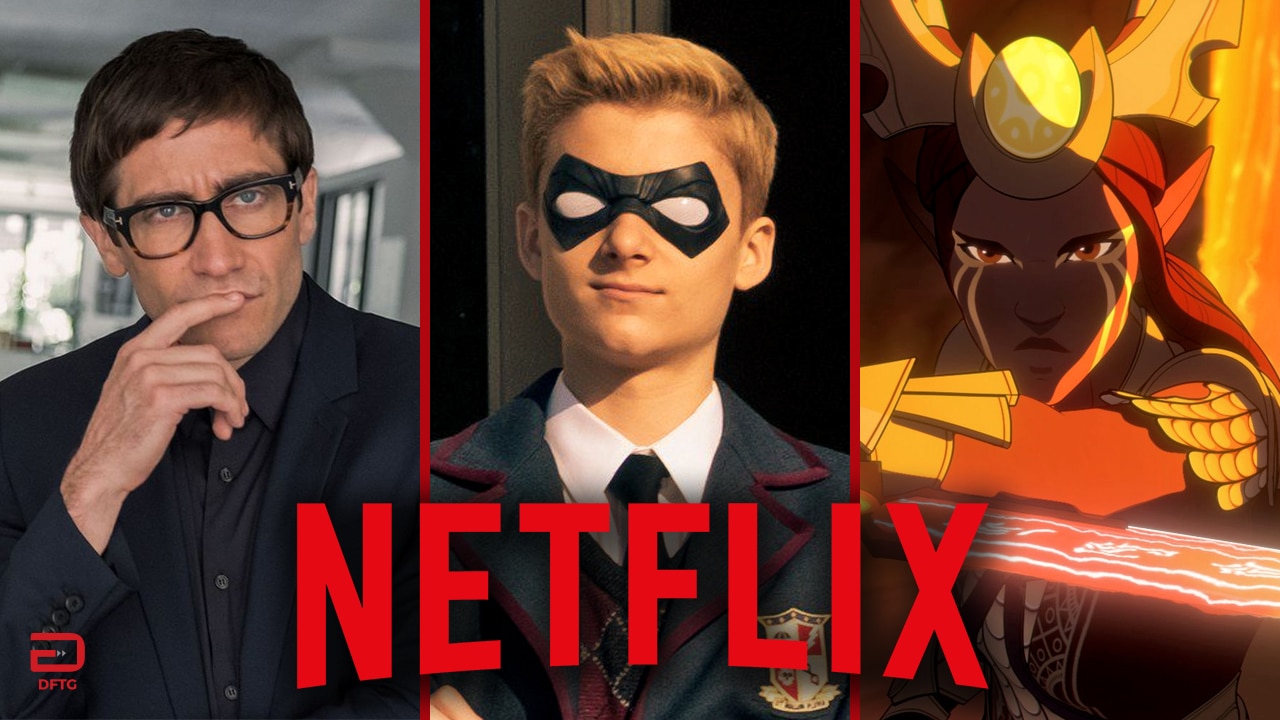 Anyone else in awe we’re already a month into 2019? Where does the time go? Oh, yeah.  Now I remember. All the movies, TV shows, original content, photo apps and just about every other technological distraction capitalism blessed us with. Who can blame us for loving it though? Netflix and chill, baby. Netflix and chill.

Here’s what February has to offer, and what to watch before it leaves. Happy Black History Month everyone. Don’t forget to read a book.

Velvet Buzzsaw has a lot going for it. The title, for starters, is stellar. Clearly we’re in for some kind of obnoxiously pretentious (in the best way) and horrific ride through the art world. Buzzsaw also totes Jake Gyllenhaal reuniting with Nightcrawler director Dan Gilroy. Go watch Nightcrawler now if you haven’t seen it. Absolutely brilliant work. The rest of the cast features the likes of Toni Collette (shafted by the Oscars this year, her work in last June’s Hereditary deserves all the awards), Daveed Diggs who fronts glitch rap group ‘clipping.’ and had a breakout role in last year’s Blindspotting, and the formidable John Malkovich (Malkovich!). Keep a keen eye out for this movie February 1.

Directed by @jonmchu, my director from "CRAZY RICH ASIANS"

Can't wait for you to see it ❤️ @NetflixIsAJoke pic.twitter.com/uMmafpvVZ3

Beloved comedian and actor Ken Jeong releases a new comedy special, You Complete Me, Ho in honor of his wife Tran Ho. The man famous for his role in The Hangover, as well as his steady, uproariously funny and strange work as the inimitable Chang on Dan Harmon’s Community, in addition to countless other funny roles, is sure to please with this comedy special. A little more Chang- I mean Ken- in our daily lives is always appreciated and on Valentine’s Day to boot. Crazy Rich Asians director Jon M. Chu helmed directorial duties on this as well, so you know it’s gonna be good. Buckle up for laughter when this airs to Netflix on February 14.

Brought to you from the minds of Natasha Lyonne (who also stars) and Amy Poehler comes what looks to be a darker take on Groundhog Day. Just with more head injuries and a lead who has a taste for the indulgent stuff. Natasha Lyonne is in top form for this role, and I’m not sure if it’s the trailer editing or what, but the show just looks balls-to-the-walls bonkers. And what do you know? Chloe Sevigny stops by (I love her!). Russian Doll is not one to be missed. I’m on the edge of my seat already. Streams February 1.

Black Dynamite is 10 years old, set almost 50 years ago, yet feels just ever so fresh.  Starring Michael Jai White as Black Dynamite (he also co-wrote the screenplay and story), also famous for a spot in The Dark Knight, the film showcases a stellar satire of the blaxploitation genre. Keep an eye out for cast members such as Arsenio Hall and Brian McKnight. Clever and corny in all the best ways, you better catch Black Dynamite before it leaves Netflix on February 1.

Kevin Smith’s career proves time and time again that just about anything is possible.  Nerds rule his world, comics are god and after Clerks aired at Sundance, indie films would become the next big thing. Chock full of referential material, dark comedy and excellent performances from Brian O’Halloran and Jeff Anderson, Clerks is a special film that still holds up twenty years later. Funny, with a surprising emotional core (see Clerks 2 for this tenfold), make time for the lazy slackers in Clerks before they leave Netflix for some other Quick Stop on February 1.

February brings lots of amazing content for all you Geeks to devour. Between all the stuff listed above, there’s a load more available we didn’t even cover. Scroll down for a comprehensive list of releases, new arrivals and departing films.

Be sure to drop your thoughts with us below in the comments, share this list to your friends and families, and most importantly: stream on!

Enjoy your Valentine’s Day, make sure to pay respects to the greats for Black History Month, and most importantly: love yourself!