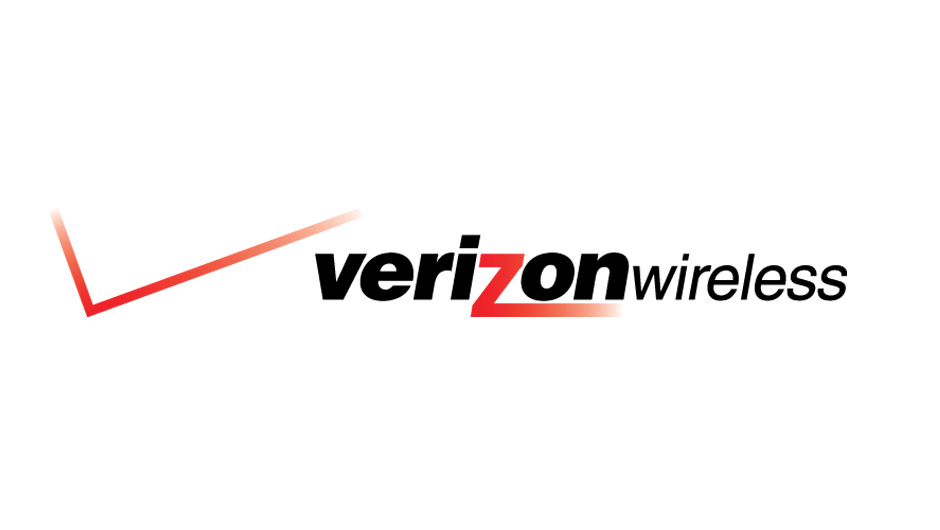 Hey, fellow geeks. Congratulations on the successful passing of Title II, aka net neutrality! It’s been a long and hard journey, mainly because huge internet service providers didn’t want to give up a chance to make huge loads of cash. Companies like Verizon, AT&T, and Comcast wanted to be able to control we saw on the Internet by charging for prioritization and blocking companies that couldn’t pay.

Are those tiny violins I hear? 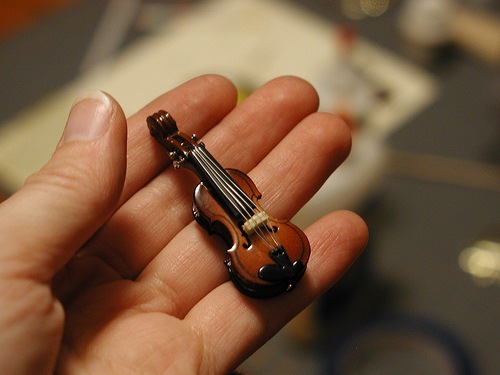 It is, friend, and it’s because Verizon just had a public temper tantrum after having their hands ripped out of our piggy banks. Verizon was so upset that the Federal Communications Commission passed Title II that they decided to release a press release. Of course, Verizon has released so many press releases bashing the FCC for their desire to try and regulate telecommunications that Verizon sounds almost like a bitter and clingy ex-girlfriend. This last one was something special though.

Words? Verizon was too angry for words. No, there was only one way to effectively communicate the unfairness all it all. Morse code.

Yes, you heard me. Verizon wrote their latest press release in Morse code and set the date as 1934. They wanted to make the point that the FCC was taking us back in time. 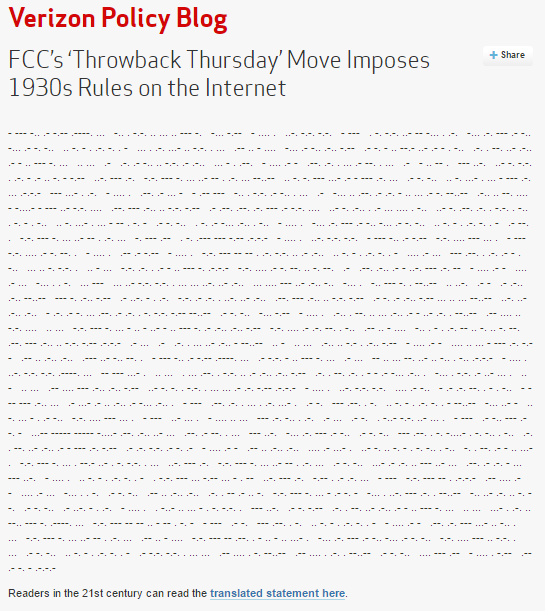 After the coded message, Verizon had this:

“Readers living in the 21st century can read the translated statement here.” 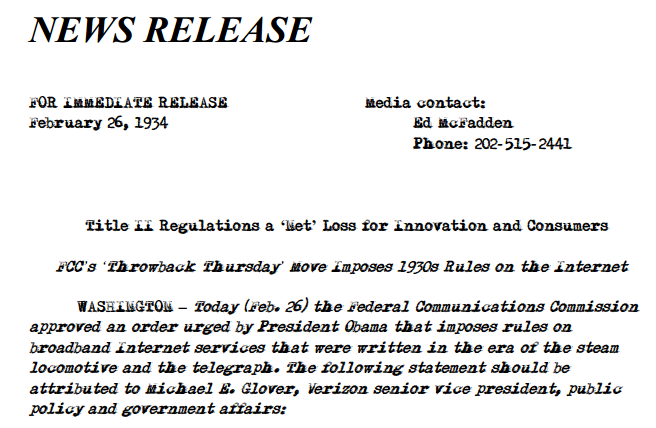 That statement was dated February 26, 1934, the same year Congress passed the Communications Act, including the Title II part that the FCC just passed.

Not. Let’s just say, despite their repeated protests, Verizon has not hesitated to use Title II to help themselves out. They already have Title II carrier for its telephone and mobile voice networks. It’s been using the benefits of its Title II status to even build up its fiber network, which hosts their phone, TV, and Internet service.

Of course, this was after Verizon sued the FCC in 2010, over turning its original net neutrality rules and then whined in 2012 that net neutrality violates its First and Fifth Amendment rights.

“It violates the First Amendment by stripping them of control over the transmission of speech on their networks. And it takes network owners’ property without compensation by mandating that they turn over those networks for the occupation and use of others at a regulated rate of zero, undermining owners’ multi-billion dollar-backed expectations that they would be able to decide how best to employ their networks to serve consumers and deterring network investment.” – Verizon