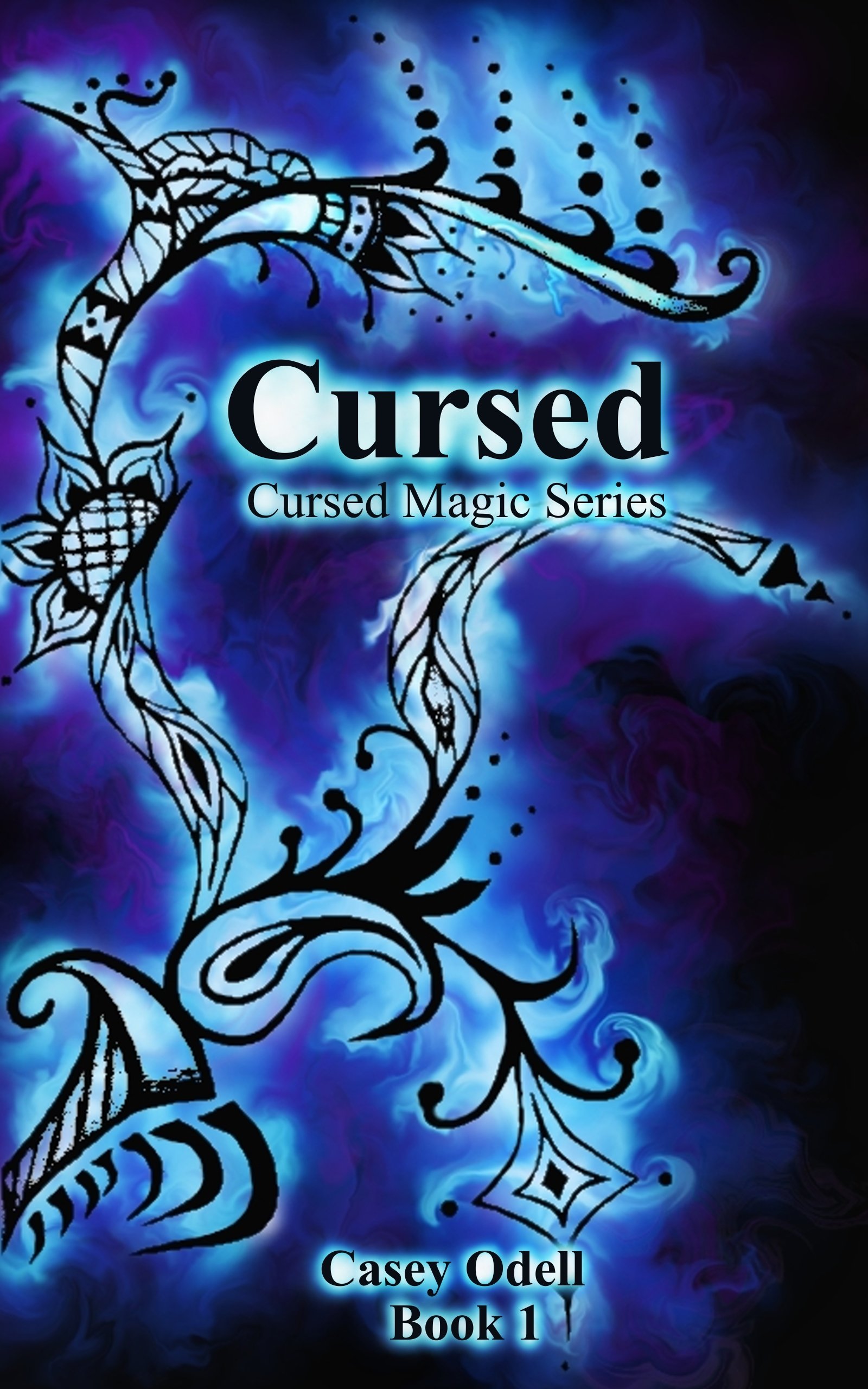 I would like to introduce you to another underground writer that I can’t seem to get enough of. Her name is Casey Odell, and she is the writer of the Cursed Magic Series. When it comes to searching around to get this author’s information, there’s not much out there since she is an independent writer.

A few facts that I was able to conjure up about Casey Odell are that this is her first series she has ever published. When she isn’t writing books she likes to read, play video games, and loves fashion. In her words, “I am a well-dressed nerd.”

Book one, Cursed, begins with a girl named Claire Taniths, who lives in a small village with her mother. One day, her village gets attacked by a mythical creature that no one even knew existed. While trying to run away, her mother tells her to run into the forbidden woods. The reason why they’re forbidden is there are rumors that people go missing in them. Her mother reassures her that they will protect her, not knowing exactly who her mother meant, she trusted her mother and ran into the woods. She was running for a while when she ran into a couple of warriors that had arrows pointed right at her.

However, these weren’t your ordinary human warriors, they were elves. Getting their weapons ready, and speaking in a language she didn’t recognize, they were about to attack her when something in her arm began to form. Black lines, starting from her wrist going towards her upper arm, were forming vine like shapes. When the elves saw the strange shaped lines on her arm, they instantly knew she wasn’t just your average human, so they decided to bring her forth to their kingdom to view the king’s perspective on the strange woman they held captive. Arriving at the kingdom, she’s introduced to two elves that will keep her safe in a long journey of figuring out who she really is, those elves are named Aeron and Farron. Their journey is to arrive at a different kingdom that will know exactly what the vines on her arms mean. Along the way, she meets foes that know who she is and want to use her for their own desires. She also feels a little worried about her two bodyguards, and whether she can really trust them with her life.

I really enjoyed reading this book! The author has the same qualities that Jessica Sorenson has when it comes to writing a book that involves a long journey. She takes her time writing one destination to the next, adding in stops at certain cities for her characters to know each other more closely. She did a great job writing a magical fairy tale into an action packed story intertwined with romance. I really hope she continues writing because I believe she has a bright future. I’m already awaiting on the last book of this trilogy. She had said would be released in early 2015, but it’s seems that the release has been pushed back since we’re already at the end of February and her book has not been published.

If you’ve read the book, what are your thoughts about it?