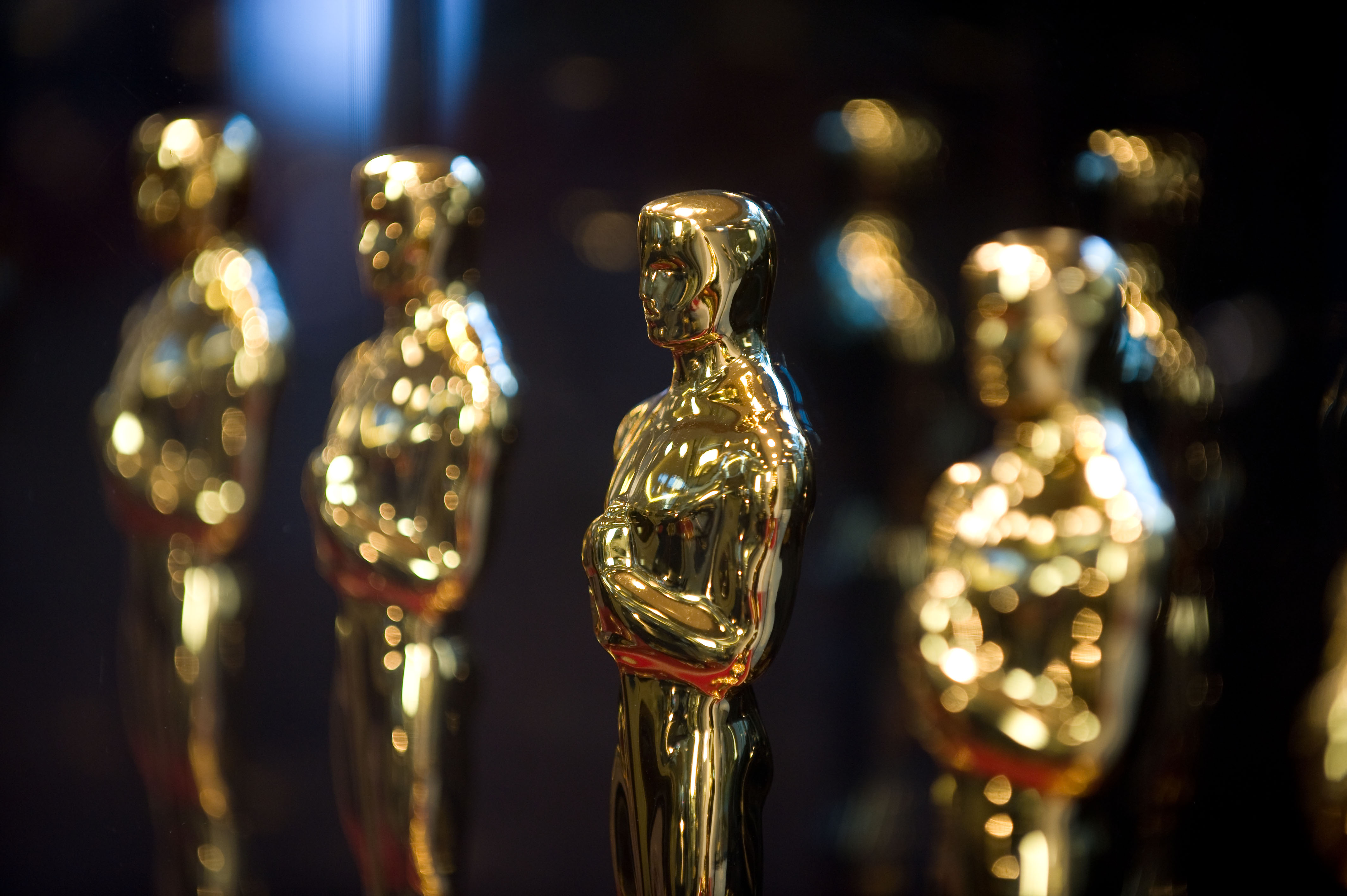 In case you missed it, and judging by the ratings most of you did, The 87th Annual Academy Awards were held on Sunday in Hollywood. Don’t worry, you didn’t miss much. It was a relatively boring ceremony that even Neil Patrick Harris in his underwear couldn’t save. You’re better off watching the highlights on YouTube. The Academy did, however, actually pick one of the more exciting films of the year for Best Picture in Birdman, making it the lowest grossing Best Picture winner in history. That likely won’t change even with the 20% “Oscar Bump,” which is sorta cool.

That said, Oscar had some genuine misses this year in the nomination process so I’ve decided to put together a list of 5 films that I think deserved a little love from the big show this year.

Shot over the course of 6 days, Steven Knight and crew have put together one of the most intriguing character studies of the year. Shooting the entire script twice a night in single takes, this little film plays with a fluidity that is frightening. The entire show sits heavily on the sturdy shoulders of Tom Hardy, who is quickly becoming the most fascinating actor on the planet. Pulling you in with his gaze, breaking you down with a smile or simply bowling you over with his physicality, Hardy delivers a knockout performance as Ivan Locke. We know little about Locke when things start except that he has a cold, and he is about to become a father. That second bit of information is the driving force for the story, told in a taut 85 minutes. It’s Hardy alone on the screen for the entirety of that 85 minutes and he holds you there with ease. Trading dialogue with the cast only by phone he turns in this tremendous performance while he actually had a cold. Think about that. Then there is Knight, who is primarily known for writing Dirty Pretty Things and Eastern Promises. He manages to execute this film with a calculated ease that is frightening and in 85 minutes, he accomplishes what most films cannot…true character. The film is masterly edited and composer Dickon Hinchliffe adds just the right texture with his rich and sparse score. While actor and director certainly deserved some attention for this little-seen gem, the overall quality should have put it on more radars.

William Freidkin claims he has never seen a more terrifying film. I’m not sure I can make the same claim…I’ve seen Freidkin’s BUG and, you know, The Exorcist. But he is on to something here. This is a movie so in love with atmosphere that it actually accomplishes what most horror films cannot – to be genuinely unsettling from start to finish. That’s not to say that it’s all atmosphere. The script for Kent’s first feature is rock solid with more than enough starts and fits to keep even the most avid horror fan engaged. Like jazz, she takes her time and hits the notes exactly when they matter. The story is simple enough. Single mother raising her young son in the wake of the father’s violent death. She has not recovered, and to say that the son has not adjusted is an understatement. Their fragile existence is completely upended when the boy selects a mysterious book for his bedtime story named, wait for it, The Babadook.  The book itself is quite creepy, and the story that unfolds after its reading is truly a wonder. Leaning heavily on a bravura performance from Essie Davie (apparently she was in The Matrix Reloaded?) the film hits, and hits hard.  You always seem to have an idea where you are going, but you never quite go where you think. The master stroke comes in the final 5 minutes of the film that achieve a sort of menacing calm that I have never really experienced before. Writers of horror take note, this is how you do it. If The Academy could be bothered to recognize horror films as legitimate art, this one would have made the top of any list. Is it time to add a Best Achievement in Horror category to the ceremony?

3.  Under The Skin – Directed by Jonathan Glazer

I don’t know exactly know what to say about this one, except that I have not been able to get it out of my head. It’s not really a movie that you like or dislike, it’s just a movie you experience. And it’s a hell of an experience. Jonathan Glazer has always been an interesting filmmaker, but he goes places here that even I didn’t expect. With a giddily unnerving score from Mica Levi and staggeringly beautiful photography from Daniel Landin, Under The Skin keys entirely on a brave, fascinating performance from Scarlett Johansson, who goes places here I didn’t think she could.  Every single element of this film blends and complements the other so well that you aren’t always sure what it is you are reacting to…but you are wholly aware that something is getting to you. It’s a film capable of deep despair and startling beauty, often in the same moment. Start to finish, it’s wholly obsessed with tone and identity as it dares the viewer to engage in the moment. This is one of the more fascinating Sci-Fi films in recent memory and deserved to be seen more. Best achievement in tone?

“That certainly was visual.” Don’t worry if you haven’t seen this one yet, that line will still be fun as hell when you do.  And you should. Leave it to Jarmusch to create the coolest vampires that have ever graced the screen, and to make it look remarkably easy behind hilarious jabs at the music industry, a genuine fascination with the history of objects, and a profound understanding of what it means to be in love, to be dead, to be alive, and to create art. Tom Hiddleston and Tilda Swinton play Adam and Eve, and both give performances worthy of any award as they swim through the gravy-thick atmosphere of a decaying Detroit created by Jarmusch, who continues to do the things he does so well here. That does include letting his film run just slightly on the long side, but you’ll hardly notice it. In a perfect world, this film would have been nominated for all major categories, especially for the score created by Jarmusch’s noise band SQÜRL and composer Josef Van Wissem. This is simply one of the best film scores of the last decade and deserved a little notice. Alas, this film will have to shoot for high-end cult status and there is nothing wrong with that. Best achievement in cool.

The term “mind-f*ck” exists for films like this one. I can say about this film that it sort of has a beginning and it kind of has an ending. Everything in-between is up for grabs, and the grabbing is good. Jake Gyllenhaal, who seems to have remembered he is an actor in recent years, takes on dual lead roles here as a man who sees an actor who looks exactly like him watching a movie late one night. Unable to let the mystery lay, he tromps out into the sun burned streets of Toronto to find the man. People were upset that Gyllenhaal did not get nominated for Nightcrawler, but his work here is far more engrossing and should have gotten more notice. The story plays as a claustrophobic delight, chock full of domestic strife, deep emotional turmoil, devastating questions about identity and self, webs weaved, and spiders…spiders…spiders. Based on a book by the inimitable José Saramago, Villenueve and screenwriter Javier Gullón keep the mood somber and the atmosphere thick enough to choke on before they hit you with my favorite final moment from a film ever. Trust me, this one is worth the wait. Like most of the greatest films, there are more questions here than there are answers. Also like the greats, it trusts the audience enough to let them sort things out on their own. My Best Everything pick for the year.

Should be made for Guardians of the Galaxy, which was actually nominated for 2 Oscars this year for special effects and make-up. It did not win. James Gunn has been making great films for years and he hit this one out of the park.  This was the only film produced by Hollywood this year that was actually fun and Gunn’s script really deserved some love.

There you have it. What do you think of my five films that Oscar missed in 2014? And what would you have picked instead?