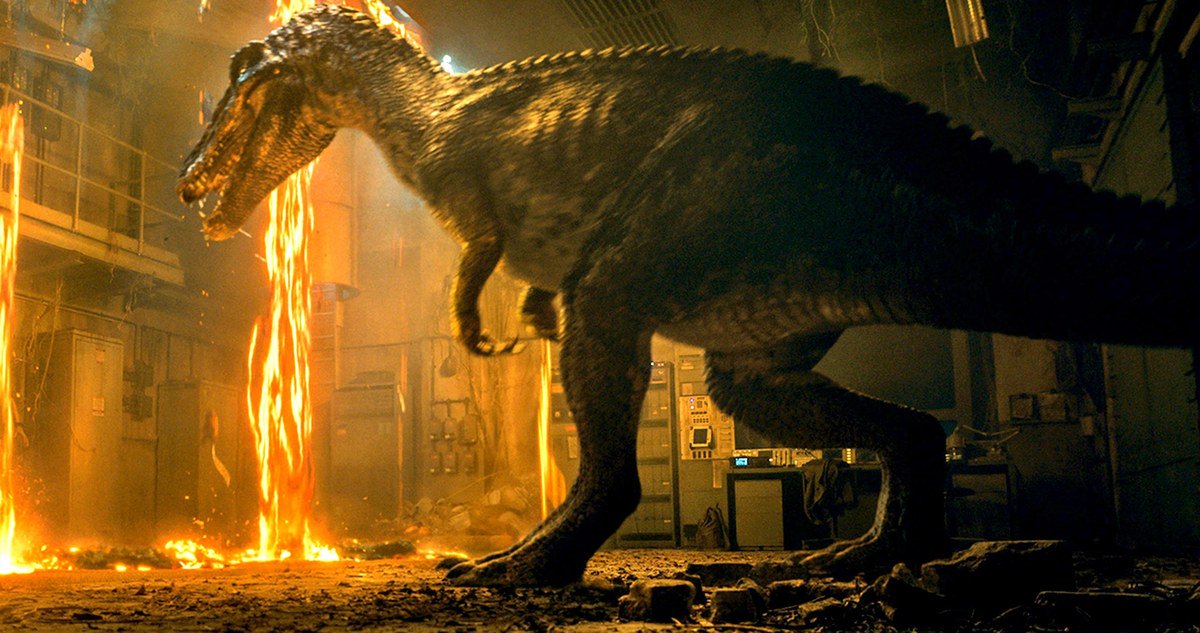 The Super Bowl is one of those rare events that draws in viewers across demographics and interests. Sure, folks love their football. But for a significant portion of the massive viewership, the main event takes place outside of the actual game. Maybe you tuned in to Super Bowl LII on Sunday evening for the spectacle of the pregame festivities. Maybe it was the Justin Timberlake led half-time show. Well for me there was a clear-cut highlight. Mixed in among the exorbitantly priced commercials were the first looks at some of the year’s biggest movie releases.

The Big Game and Even Bigger Movies

There were some funny commercials and even some emotional ones. But Super Bowl Sunday has become the unofficial holiday for movie trailers. I am football fan. Yeah, it’s fun. However I definitely cheered more for movie trailer moments than I did for any plays on the field Sunday night. From Han and Chewie to Jurassic World dinos, there was a lot going on inside your television set.

The ratings for this year’s big game aren’t out yet, but last year’s Super Bowl drew over 111 million people according to Nielsen. Even if you remove the people using the commercial breaks to get more nachos, that’s still an enormous audience watching the commercials live. When you look at that number, the legendary cost for a Super Bowl ad doesn’t quite seem so ridiculous anymore. Don’t get me wrong, $5 million for 30 seconds of air time is a silly amount of money. But the movies that we’re talking about here are looking to reel in box office numbers that make $5 million look like lunch money.

We didn’t have to wait long to get the first look at a big, big movie. Big like a lot of people are going to see it and big because it’s filled with large dinosaurs. A new look at Jurassic World: Fallen Kingdom revealed more about the tone of the film we’re going to get. It sure looks darker than the previous one. There are a lot of dinosaurs jumping out of the dark and eating people. Dwayne Johnson went on The Tonight Show to premiere the full trailer for his big new action flick, Skyscraper. But a short TV spot, showed The Rock attempting a death defying leap onto, you guessed it, a skyscraper.

Tom Cruise has been there and done that. Mission Impossible: Fallout has him jumping between buildings, getting in numerous automobile accidents, and hanging from the bottom of a spiraling helicopter. I suppose that’s how it goes in this franchise. Marvel gave another look at Avengers: Infinity War, but after the awesome trailer that dropped last month, we didn’t see anything too new and exciting. Well except for more glimpses of the unbelievable cast. Plus any new footage for this huge movie is welcome.

Outside of director Ron Howard’s occasional social media Easter eggs, fans have received very little information about Solo: A Star Wars Story. Well now there’s a :45 second teaser to go through frame by frame. This film looks lightyears away from the Jedi and the Skywalkers. Instead it’s a smuggler’s life for Han. Chewbacca, Lando, and a bunch of stormtroopers are along for the ride too.

Yes, we’re talking about movies here. But the ultra secretive second season of Westworld is definitely worth mentioning as well. We learned from their Super Bowl ad that the show will premiere in April on HBO. That should make our Game of Thrones-less spring a little easier to manage. Speaking of secretive, by far the biggest surprise of Movie Trailer Bowl 2018 came from our friends at Netflix. There have been rumblings on the web for almost two years now about the movie that would essentially be Cloverfield 3. It was last known as The God Particle. Now with virtually no warning, there was an ad tying in this new movie with the 2008 original. It revealed what the name would be, The Cloverfield Paradox, along with our first look at any footage. Oh, and by the way, it became available on Netflix after the game. This franchise has never done things by the books, but wow. This was like when Beyonce surprise released her album. Except this is a quasi-origin story about giant monsters and creepy happenings in space. So… way better than a Beyonce album.

Movie trailers premiering on television during big events with a lot of people watching is not a new occurrence. But studios seem to have outdone themselves this year. It’s always a football player that wins Super Bowl MVP. Let’s be honest. The winner was surely during the commercial breaks this year. If it wasn’t David Harbour’s Tide campaign, then it was Solo or The Cloverfield Paradox. Is there anything better than a good movie trailer? I’d wager not. It’s a shame there were so many football breaks during the show.