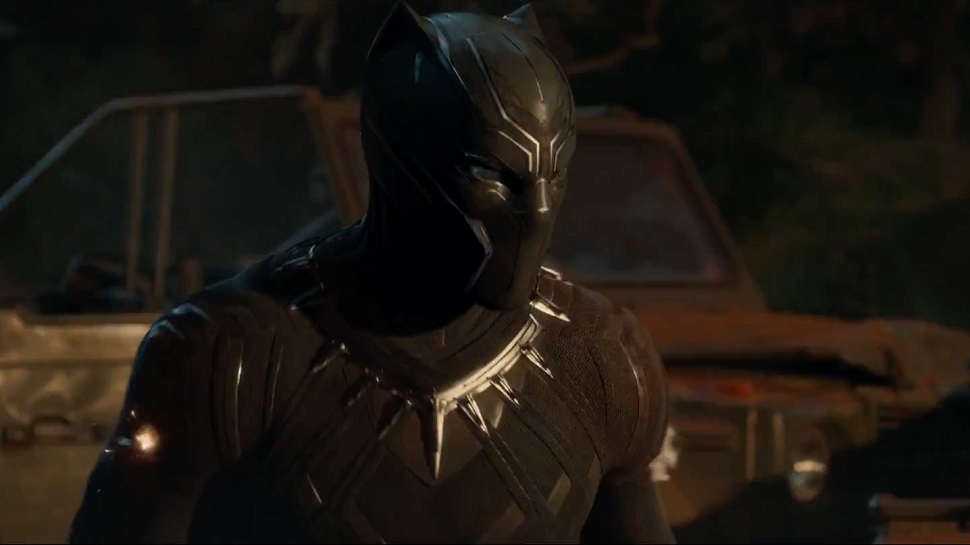 I seem to remember February movies giving folks options for Valentine’s Day date nights. But for the last few years, the romance entries are limited. The only option in that genre this year would be Fifty Shades Freed. Peter Rabbit looks more romantic and that’s about frenemies who happen to be a farmer and a rabbit. As a whole, February’s stock goes way up with the highly anticipated Black Panther finally hitting theaters. Here’s the full February movie preview.

The month begins with Winchester, where Helen Mirren plays an over-the-top widow dealing with a ghost problem. Mirren portrays Sarah Winchester, a real-life figure, who believed her California mansion was haunted by those killed by Winchester firearms. Sarah’s late husband, William Winchester, was a prominent figure for the company. The home in question goes on to be known as the Winchester Mystery House.

The 15:17 to Paris tells the true story of an attempted terrorist attack on a European train. Three American friends, two of which are off-duty armed forces members, are faced with confronting the gunman. The film, which is based on events that occurred in 2015, is directed by Clint Eastwood and stars the three actual men from the incident playing themselves.

It’s February again, so that means another Fifty Shades of Grey movie. This one, Fifty Shades Freed is the third and final entry in the trilogy. Now married, Christian and Anna are faced with some dangerous folks from their past, who want revenge and to unleash some drama. This seems like an odd movie to get an IMAX release, but it’s getting one. So be careful what you buy a ticket for. IMAX screens are quite large.

People seem to like the Paddington movies. So let’s get some more British live action/CGI animated hybrid films out here. That’s what we have with Peter Rabbit. Domhnall Gleeson plays a farmer attempting to get rid of Peter Rabbit, who continuously causes him trouble. James Corden provides the voice for the titular mischievous rabbit. Daisy Ridley and Margot Robbie add to the voice cast with Rose Byrne and Sam Neill playing the live action characters.

It’s been a few months, so we’re surely due for another Marvel smash hit. This one comes in the form of Black Panther. The character, played by Chadwick Boseman, made his debut in Captain America: Civil War. But now he returns for his own solo adventure. As king of Wakanda, Black Panther is forced to defend his kingdom from two new threats conspiring to take his throne.

Aardman Animations, the studio behind Chicken Run, Wallace & Gromit, and Shaun the Sheep, returns to the big screen with Early Man. The stop motion animated adventure takes place in the Stone Age with a caveman, voiced by Eddie Redmayne, attempting to save his home and tribe from the villainous Lord Nooth (Tom Hiddleston). Naturally the very British way to settle this conflict is a game of soccer.

The Biblical strong man, Samson is the subject of a new feature film starring Taylor James. After Samson’s wife dies, Samson’s search for vengeance takes a difficult turn. I suppose there isn’t much of a need to avoid spoilers. The story is in the Bible after all. Jackson Rathbone and Billy Zane co-star.

Annihilation is a sci-fi/horror film with quite the cast. Natalie Portman stars as a biologist attempting to save her husband. That husband, played by Oscar Isaac, is the only one to return from an expedition to a mysterious environmental disaster area. With her own team in tow, Portman’s character attempts to explore the area to find out what happened to her husband. Jennifer Jason Leigh, Gina Rodriguez, and a bunch of creepy animal-hybrid monsters also star.

You may have thought your high school relationships were problematic. Well for Rhiannon, the lead in Every Day, she falls in love with a spirit that switches bodies every morning. So, they are a different person every time they wake up. If that’s not a scenario that calls for an “It’s complicated” status on Facebook, I don’t know what is.

A group of friends, who regularly meet up for board games are pushed into a different kind of competition in Game Night. Starring Jason Bateman and Rachel McAdams as a competitive couple, they are one team attempting to solve a murder mystery that is seemingly part real and part fabrication. It may not sound funny with a description like that, but this is a comedy from the directing team of John Francis Daley and Jonathan Goldstein, who wrote Horrible Bosses and were part of the team that wrote Spider-Man: Homecoming.

My February movie pick has to be Black Panther. But beyond that, there are a few others that have me intrigued. Annihilation looks almost like a modern-day Alien set on Pandora from Avatar. What a combo that would be. Also, Game Night combines comedy and mystery, which could be highly entertaining.