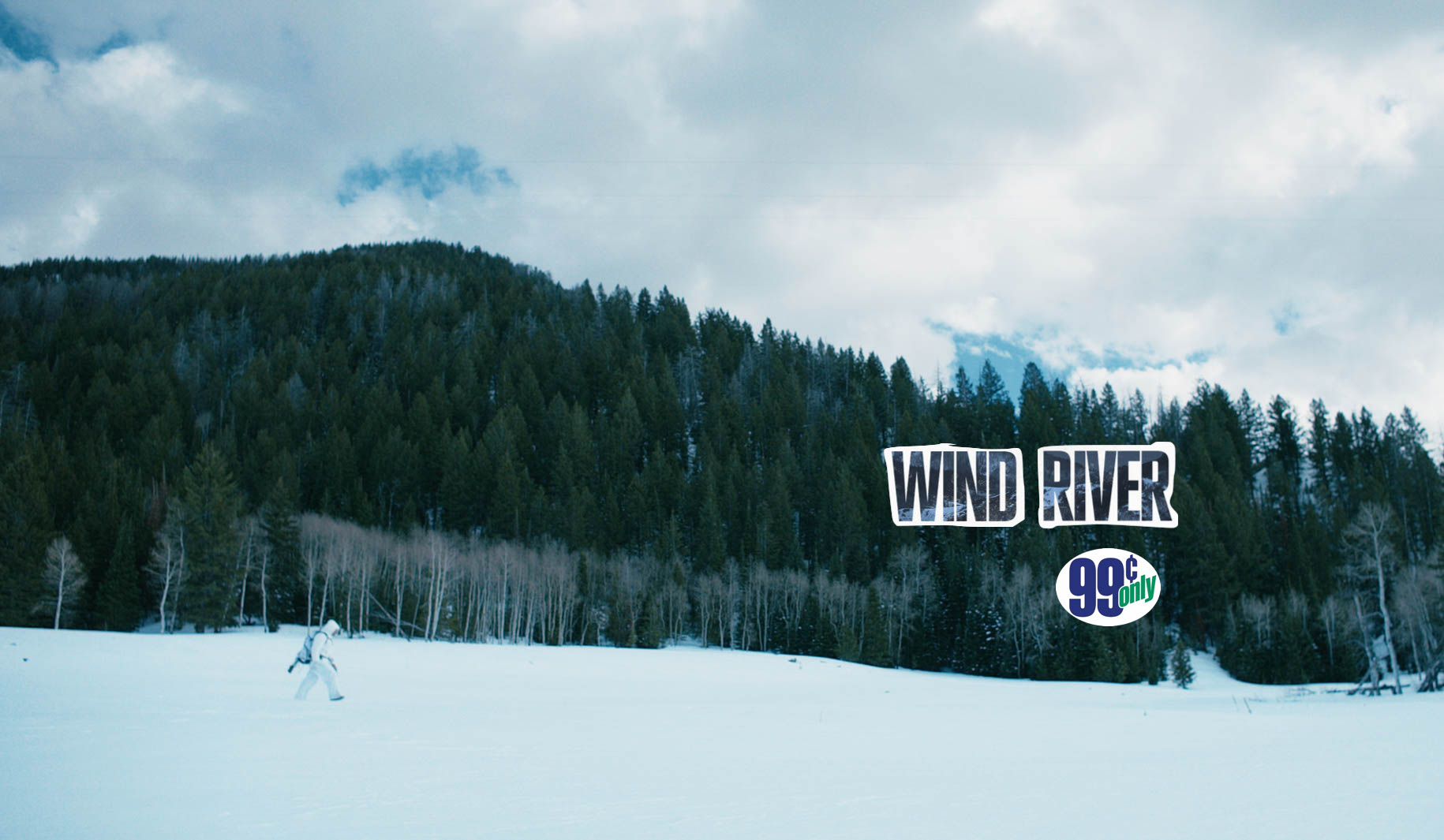 This week, a haunted tracker and an inexperienced FBI agent try to solve a murder on tribal land in Wind River.

When the body of a local teen is discovered on the land of an isolated Native American Reservation, a local game tracker (Jeremy Renner) with close ties to the girl’s family sets out to find her murderer. He’s aided in his efforts by an inexperienced FBI Agent (Elizabeth Olsen) who tries to play by the book without impeding the investigation. As their differing approaches yield unexpected results, the pair find themselves enmeshed in a complex web of lies and misconduct. One that will shake the very foundation of the troubled reservation, and possibly even cost them their own lives. So begins Taylor Sheridan’s haunting crime thriller Wind River.

You Don’t Catch Wolves Looking Where They Might Be

On the strength of acclaimed films like Sicario and Hell or High Water, Taylor Sheridan has become the go to writer for hard-nosed crime dramas with a morally complex sense of justice over the last three years. That rise has been all the more impressive when you consider that Sheridan — a former actor known for his roles on Veronica Mars and Sons of Anarchy — has virtually no training as a screenwriter. After making his name as a writer, Sheridan claimed the director’s chair as well on Wind River, and proves himself as a singular voice in contemporary American crime cinema in the process.

A move into the director’s chair wasn’t the only big change for Sheridan on Wind River. After exploring the sun-baked vistas of the Southwest in Sicario and Hell or High Water, the writer/director also moved locations for Wind River, setting this “based on true events” story in the snow-covered mountains of Wyoming. As the story unfolds, Sheridan — with the help of DP Ben Richardson — quietly build that frozen landscape into a character of its own, utilizing its unflinching indifference towards the drama at hand to influence the film’s icy narrative.

Don’t worry, though the scenery has changed, Sheridan still packs Wind River with the crisp dialogue, clever scripting, and tortured tough guys (and gals) that have made his work so damn engaging of late. As far as tortured tough guys go, Cory Lambert is one of Sheridan’s most complicated characters to date, his quiet confidence barely masking a tragic past that threatens to consume him. That character is brought to soulful life behind the piercing gaze and metered emotion of a never better Jeremy Renner, who’s matched step for step by the aggressive naiveté Elizabeth Olsen brings to her incredulous FBI agent. The pair’s on-screen chemistry (no doubt forged after appearing together in a couple of Avengers films) brings a pragmatic naturalism to Wind River and helps keep the volatile narrative from veering into the realm of melodrama.

Still, the film is undoubtedly hampered by Sheridan’s inability to give Olsen’s character enough to do. If there’s one genuine strike against Wind River (and Sheridan’s writing overall), it’s that he continues to set up strong-willed female leads in his films, only to marginalize them by leaving them to be rescued by or manipulated by the men around them (see also Emily Blunt’s character in Sicario). It’s slightly less frustrating with Olsen’s Wind River agent as she’s very much painted as a fish out of water, but it’s still something Mr. Sheridan needs to consider moving forward.

Let’s hope he does, because Wind River is an otherwise outstanding addition to his impressive (and rapidly growing) filmography. One that revels in the chance to explore a people, place, and a lifestyle barely glimpsed in American cinema. And one that should earn Tyler Sheridan another turn in the director’s chair in the very near future.

Look, Wind River is far from perfect — the tone is a little uneven throughout and its female protagonist never quite gets the moment she deserves — but in the realm of crime/murder dramas, it’s a damn sight smarter than most because it understands that compelling characters actually make for equally compelling drama. And yes, that sort of drama should be worth a measly buck to anyone.