We Need to Talk About ‘Cloverfield’ 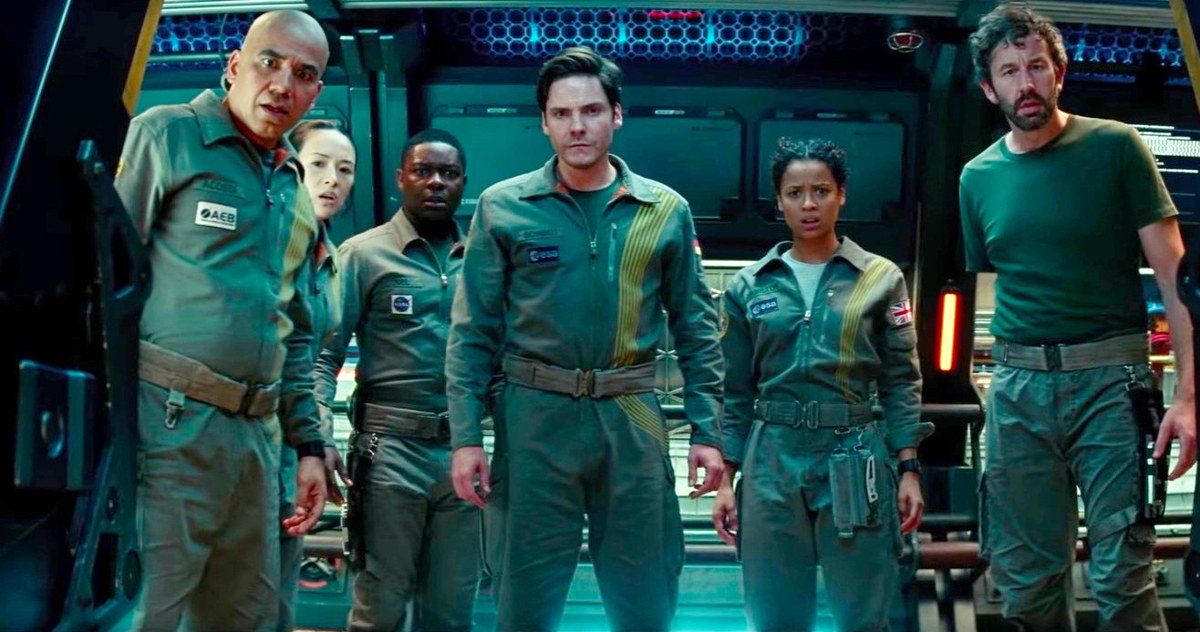 The Following Contains Multiple References to Case Designate “Cloverfield.” Spoilers Ahead for all three Cloverfield films.

In the middle of an already impressive night of movie sneak peeks, the viewing audience of Super Bowl LII got an unexpected look at a short trailer tying in the 2008 hit monster movie Cloverfield to a new film called The Cloverfield Paradox. It’s a film that’s been shrouded in mystery until Sunday night. But that’s how this franchise has operated over the past ten years. The Cloverfield Paradox was surprise released through Netflix mere hours after the commercial revealed the title and any footage for the first time. There were no trailers running before other films, no press screenings, and no movie theater release. With three films over ten years, no repeating actors and connections that are mostly inferred, Cloverfield is doing things differently and it has built a fandom that operates in the deep ocean trenches of the internet.

To track the franchise’s odd trajectory, we have to begin in 2007. We know JJ Abrams for his mainstream successes with the Star Trek and Star Wars franchises. But 10 years ago, he was most closely associated with Lost. Through his Bad Robot production company, he teamed with writer Drew Goddard and director Matt Reeves on Cloverfield, a film that emulated the Lost brand of mystery. Leave the audience with a lot of questions and give very few answers. The film is a found footage horror story about a group of twenty-somethings in New York City. While throwing a party, a monster emerges in Manhattan forcing everyone to flee for their lives. The movie never explains what the monster is or where it came from. This was the story of those friends and the audience was left with just as few answers as the characters were. When the film’s first trailer was released before Transformers in 2007, it wasn’t even accompanied by a title. It just had a release date, 1-18-08. Thus, the mystery began.

It is revealed early in that film that “Cloverfield” refers to the government’s name for the monster. (It’s worded much the way my spoiler warning at the start of this article is.) It wasn’t until 2016 that another film was released. In the meantime, internet message boards debated the significance of brands like “Slusho!” and its parent company “Tagruato.” Websites and even a tie-in manga with vague connections to events prior to the film were a digital treasure hunt for fans. The answers were never easy to come by either. There was a seemingly well-developed back story to this simple monster movie, but the full answers never came. Cloverfield went on to have the most successful opening weekend of any movie released in January up to that time. It was a massive hit.

In January of 2016, a trailer for the new film 10 Cloverfield Lane dropped announcing a March theatrical release. But this film didn’t resolve the unanswered questions of the prior chapter. If anything, it just introduced more confusion. With an all new cast, director, and writing team, it was a whole different animal than its predecessor. A young woman wakes up after a car accident in an underground shelter with two mysterious men. They claim she was saved from the wreck and brought there to escape a chemical attack that occurred outside while she was unconscious. It turns into a paranoid thriller. Brand names appearing on-screen are a rare concrete connection between the first two films. Even the surprise third act only has inferred connections. Clover, the Cloverfield monster, is nowhere to be found. This brought fans back to the internet to discuss the potential that the franchise was more about the films having matching tones and genres than actual plotlines. The term “spiritual sequel” was used.

But with the surprise release of The Cloverfield Paradox, the story is becoming slightly more in focus. But just barely. I will refrain from theorizing potential tie-ins having only seen the film once at this point. But there are concrete connections between the 2008 film and Paradox. If you’ve seen the film, there is one that is impossible to miss. Franchise fans knew about this film’s existence for some time. It was known as “God Particle” and then “2017 Cloverfield Movie” with a release date that was repeatedly changed.

Now we have the movie about a team of scientists attempting to solve the world’s energy crisis from aboard a space station called… wait for it… the Cloverfield Station. An unexpected result of their work is a jump between dimensions. That’s where things get complicated in a film ripe with nods to sci-fi/horror films of the past. With an all but certain shared universe running between the three movies, it’s not clear if all three titles take place in the same version of Earth. Beyond the obvious presence of Clover (or one of his relatives), another apparent connection comes with Hamilton and Schmidt’s escape pod. They seem to be the falling object seen on Rob’s camera at the end of the 2008 film.

‘Cloverfield’ (Source: Movie Clips) Look to the left of the boat for the mysterious falling object mentioned above. Admittedly it is tough to see here.

Now I send you to the message boards to theorize and develop your thoughts on what it all means. There isn’t enough room in this article to break down all the viral marketing, but it’s all out there on the web if you’re interested. At this point, the actual films are only the tip of the iceberg. Enough is revealed to keep fans interested. But if you are looking for answers, you’re going to have to keep searching. These movies have succeeded in building a fan base that is the most cult of followings. There are even rumblings about the next entry already. It’s currently known as Overlord. Let’s take a minute to digest Paradox first.

The True MVPs of Super Bowl LII, the Movie Trailers