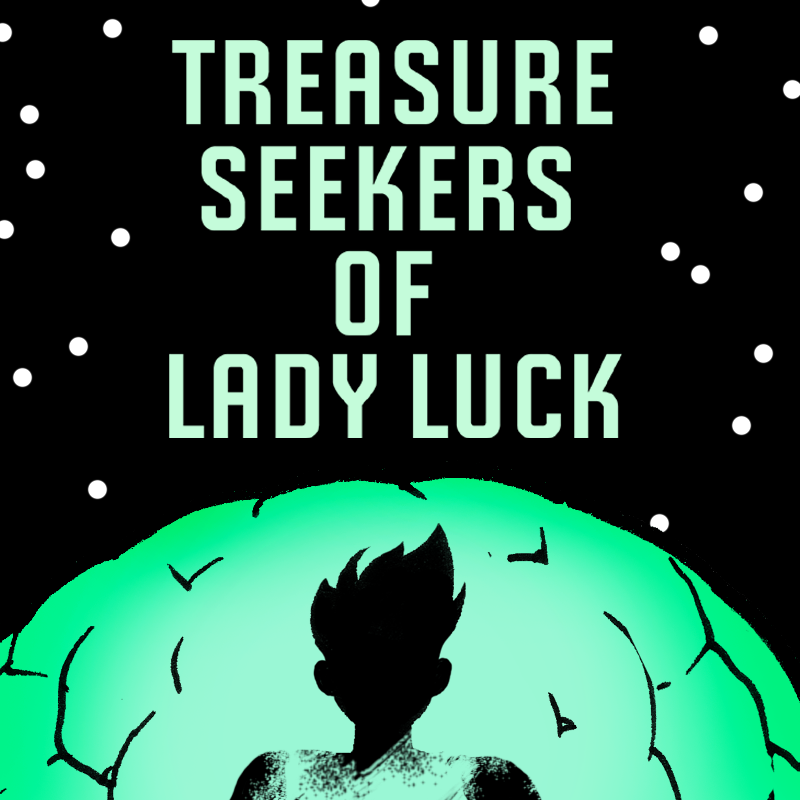 In Treasure Seekers, players find themselves consorting with aliens on the hyperspace pirate ship Lady Luck. Players soon encounter slave-races, alien shapeshifters, and worshipers of the Great Hive. (Ok, FINE, there’s a sexy-lady alien race too.) It’s a gameworld with some of the best elements of Star Trek, especially situations of moral complexity relating to well-developed alien characters who have differing motivations, both as individuals and as alien races. Also there are hyperspace ships and science fiction gadgets that do cool things.

In this game, as in Choice of Games’ previous titles, players are able to choose their protagonist’s gender, making an accessible and inclusive IF experience. Players can also choose their strengths, and after a couple playthroughs, it seems that choosing, say, brute strength over scientific prowess does lead to a different path, all paths are engaging, and there’s no “right” choice for an optimal game.

Players can choose to align themselves with different characters on the Lady Luck’s crew, and there are loads of opportunities for character development. Do you feel sympathy or revulsion for an alien slave race? Do you respond to your captain with snark or suck up? And those worshippers of the Great Hive will not change the subject! Are you a fellow worshipper, or out?

The games opens with a backstory about the player’s family’s debts, which I translated as an excuse to pocket everything not nailed down. (And I grew up on the King’s Quest and Monkey Island types of adventure games, so that’s sort of what I do in games.)

Story is the Game’s Focus

Treasure Seekers of Lady Luck uses the same ChoiceScript format of a text situation and 2 or more options for the player to choose, but the feel is quite different because so many of the situations are actually descriptions of locations. Players can choose a direction to move, instead of an action to take, which feels like more an open world, like a classic Zork or Adventure. I have to admit I encountered the occasional typo in the game text, but not enough to make it unreadable or even unpleasant to read. Scenes are short enough to offer a lot of action, while still describing the sci-fi world.

PS If you — like me — can not get enough text-based story games, this Choice of Games development community forum discusses new games in development and lists calls for beta testers on upcoming games.

Saying Goodbye to Dwight Schrute, the Geek of ‘The Office’