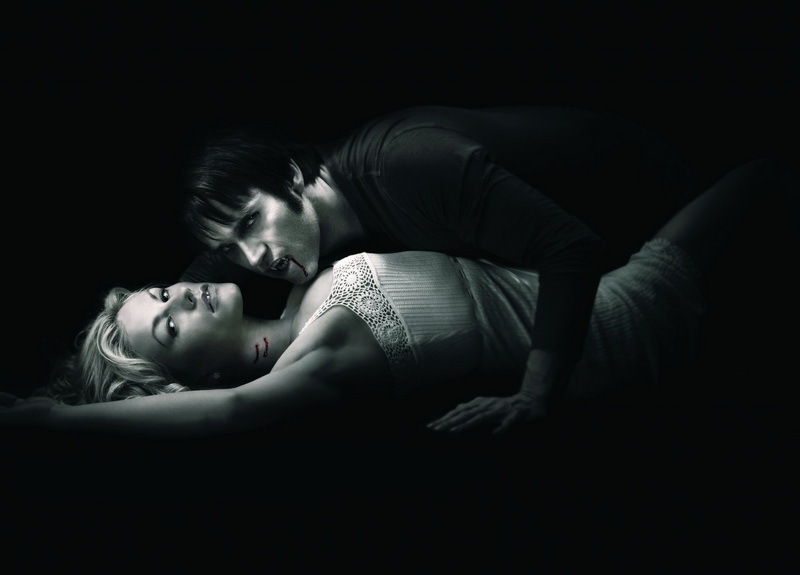 As the date on which True Blood meets the True Death looms closer, fans of the sexy vampire soap opera are shedding tears of sadness (or joy, depending on whether or not you’re one of the numerous fans who have voiced displeasure with the show’s declining quality over the past three or four seasons). Whether your love it or hate it, there’s no denying that the show always delivers when it comes to gruesome, campy death scenes. Grab a bottle of TruBlood (erm, blood orange-flavored soda) and reminiscence with us while we count down the seven most memorable True Deaths that have occurred over the past seven seasons. 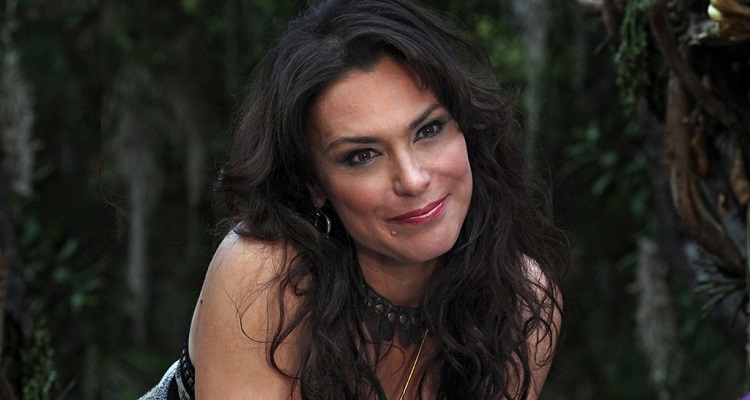 Fans may remember Maryann as “that dark-haired gal with the crazy hip-jerking dance moves.” Maryann first wormed her way into Bon Temps via Tara, Sookie’s BFF, who needed somewhere to stay besides her estranged mother’s place and the jail cell in which Maryann found her. At first, it seemed that Ms. Forrester really was just a big-hearted (albeit very free-spirited) social worker as she claimed, but the show later revealed her to be a maenad, someone who worships Greek party-animal god Dionysis—or rather, the show implied, the Greek version of Satan.

Maryann’s ability to possess and control hoards of people on a whim made her an especially challenging foe for Sookie and Co. to defeat, but shapeshifter Sam—whom Maryann particularly targeted—finally did her in when he shifted into a white bull (the symbol of her crazy god), rammed a horn through her chest, and ripped out her black heart. Maryann then dried into a husk and collapsed beside a naked Sam, who was still holding the maenad’s heart, his arm covered in her goopy black blood. 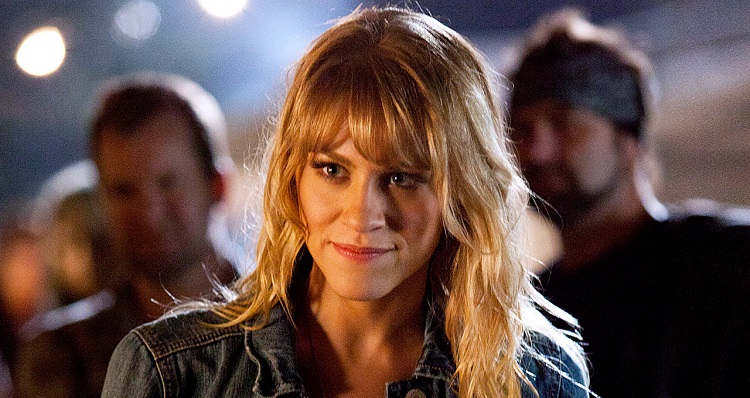 Werewolf Debbie’s first scene—her initiation into vampire king Russell Edgington’s guard dog (erm, wolf) squad via branding while she and the rest of her new “pack” downed shots of Edgington’s blood and went wild—proved a fitting introduction to her unhinged and unpredictable character. Most unpredictable was she around Sookie, whose undeniable chemistry with Debbie’s ex Alcide had the she-wolf’s hackles raised from the first time she saw her. But despite the bad blood between them, Ms. Pelt made an honest effort to get clean and befriend Sookie—but alas, it was not meant to be.

Debbie’s desires as a werewolf, the growing distance between her and Alcide, and Alcide’s attraction to Sookie boiled to a head when Alcide caught Debbie philandering with psychotic wolf pack leader Marcus in their own house—with Marcus’s kidnapped daughter Emma downstairs—and consequently abjured her. (That’s werewolf-speak for “permanently gave her the boot.”) This stunning revelation proved the breaking point for the already frazzled werewolf, and she went after the origin of her life’s ruin—Sookie–with a shotgun. She didn’t predict that Tara would take the shot meant for her life-long friend and that, in a rage, Sookie would grab the gun that had just ended her pal’s life and blast Debbie right through the head, ending the would-be murderer’s unceasing torment. 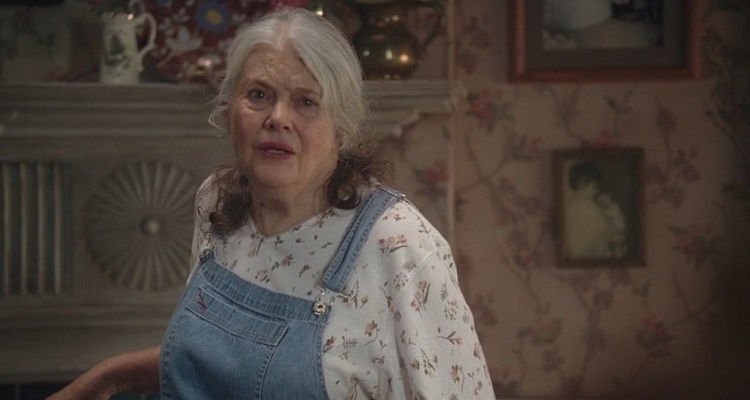 As she was Sookie and her older brother Jason’s grandmother (not to mention Sookie’s emotional rock), Adele’s death served as the first emotionally jarring death in the series. Though it was apparent that a serial killer was on the loose—one who targeted women who’d become intimate with vampires—no one could have predicted that he would go after the Stackhouse siblings’ kind-hearted, much-loved grandmother. (Sookie and Co. quickly deducted that the killer—who turned out to be Jason’s buddy Rene—had entered the Stackhouses’ home in pursuit of Sookie, and Adele had incidentally been there instead.) Alone Sookie discovered her grandmother’s body lying in a large pool of blood on their kitchen floor, and alone she mopped it up after the police had left. 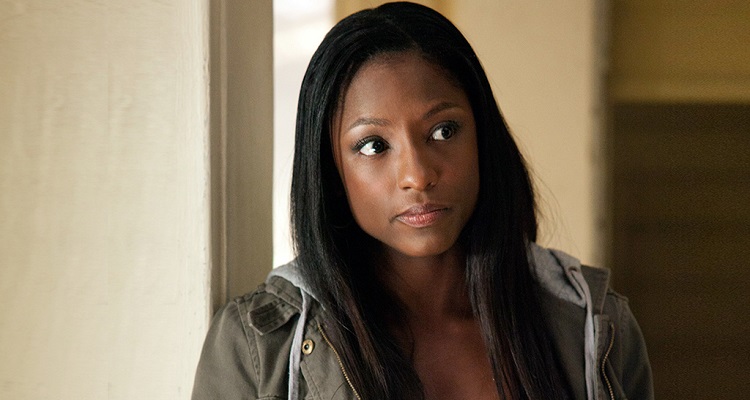 After a whole season of having no unique storyline and four whole seasons of receiving almost nothing except hate from fans, Tara bit the big one when she took a shotgun blast meant for her BFF Sookie. The blast left Tara without half of her head and lying in a large pool of blood on the Stackhouse ktichen floor—eerily like Sookie’s grandmother, Adele—while Sookie cradled her dead friend and scream her name in vain. Though Tara would return as a baby vampire in the next season, the emotional scene stands as a testament to the deep friendship between the two—a friendship that, sadly, was not often seen or felt in the series. 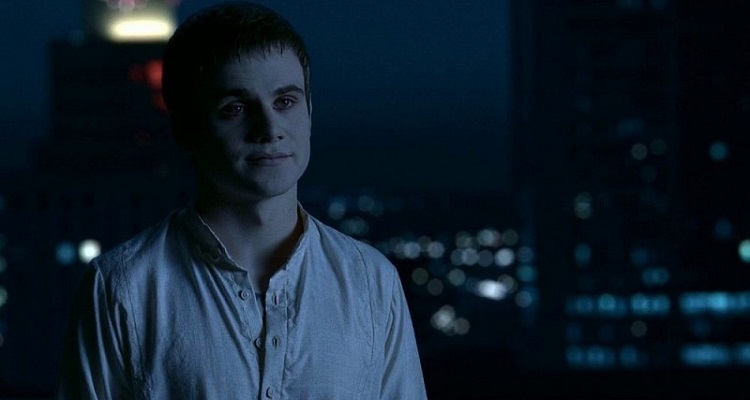 Season 1 introduced to us to Bill, a vampire who tried to distinguish himself from the rest of his blood-sucking brethren by not killing humans. Like Bill, Godric was adverse to needlessly killing people. Also like Bill, much of that adversion seemed to come from his own experience with killing needlessly. But unlike Bill—whose disdain developed from his personal guilt—Godric’s seemed to come from a quiet, otherworldly wisdom that emanated from his being. Godric had a kind of “happy sadness” about him—perhaps as a result of an understanding pity for the ignorant need for violence inherent in all living beings—and it was never more apparent than when he stood in the light of the Dallas sunrise with the intent to meet the True Death of his own volition. With him stood Sookie and his prodegy, Eric. Godric’s death was the first time—and one of the only times—when we got see cool-as-ice Eric cry. 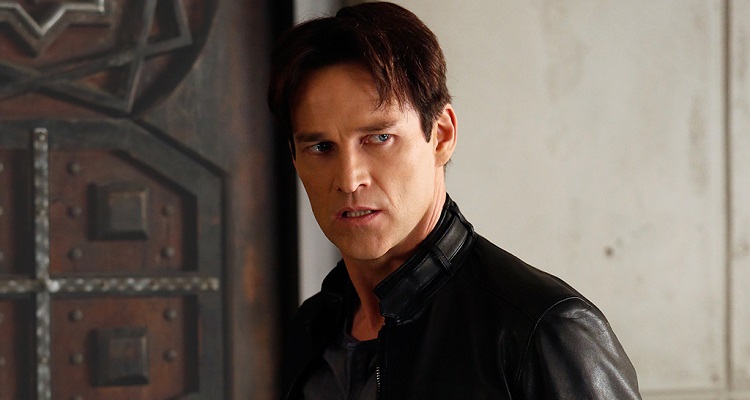 Whether it was because of his convictions or his personality, Bill always seemed a bit lost concerning his identity as a vampire. This “identity crisis” was never more apparent than during his and Eric’s infiltration of the Authority, a mysterious, cult-like organization that acted as a law-enforcing government body for the vampire community. It was there was Bill found a higher calling in the first vampire Lilith, whose blood the Authority kept in a small vile and consumed drop by drop. In turn, the blood induced vivid visions of the god-like vampire. During Bill’s visions, Lilith named him her prophet and instructed him to take the rest of the her blood for himself with the promise of receiving a higher enlightenment. He did so and promptly melted into a puddle of blood. Bill haters everywhere rejoiced—but only for a second. The next, he was emerging from the puddle, naked, bloody, and viciously insane with power greater than any vampire had known. 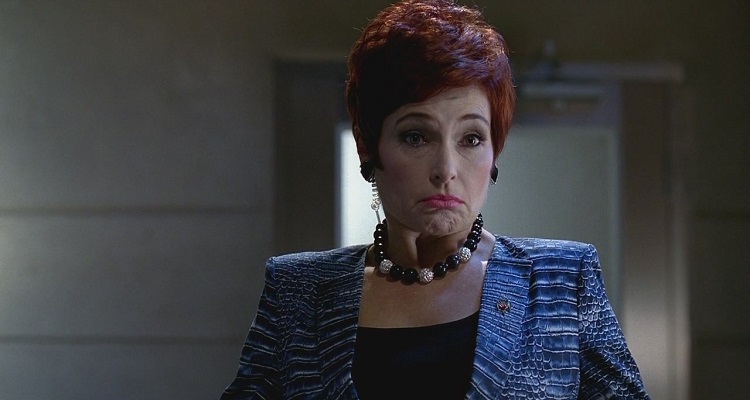 Of all the vampires who were part of the Authority, Rosalyn looked most at home seated at the organization’s table; her Southern drawl, crisp business suit, and no-nonsense attitude gave her the air of a Texan Congresswoman. Most notable about Rosalyn, though, was her (highly creative) death at the hands of Sam. The shapeshifter and his shapeshifting girlfriend Luna infiltrated the Authority’s headquarters as a fly and Authority spokesman Steve Newline respectively, and when Rosalyn discovered Luna, Sam flew into her mouth and shifted into his human form, causing the vampire to burst like a water balloon. Standing in her place was a very bloody, very naked Sam.