$23 Buys A Whole Lot Of Bioshock on Xbox Live 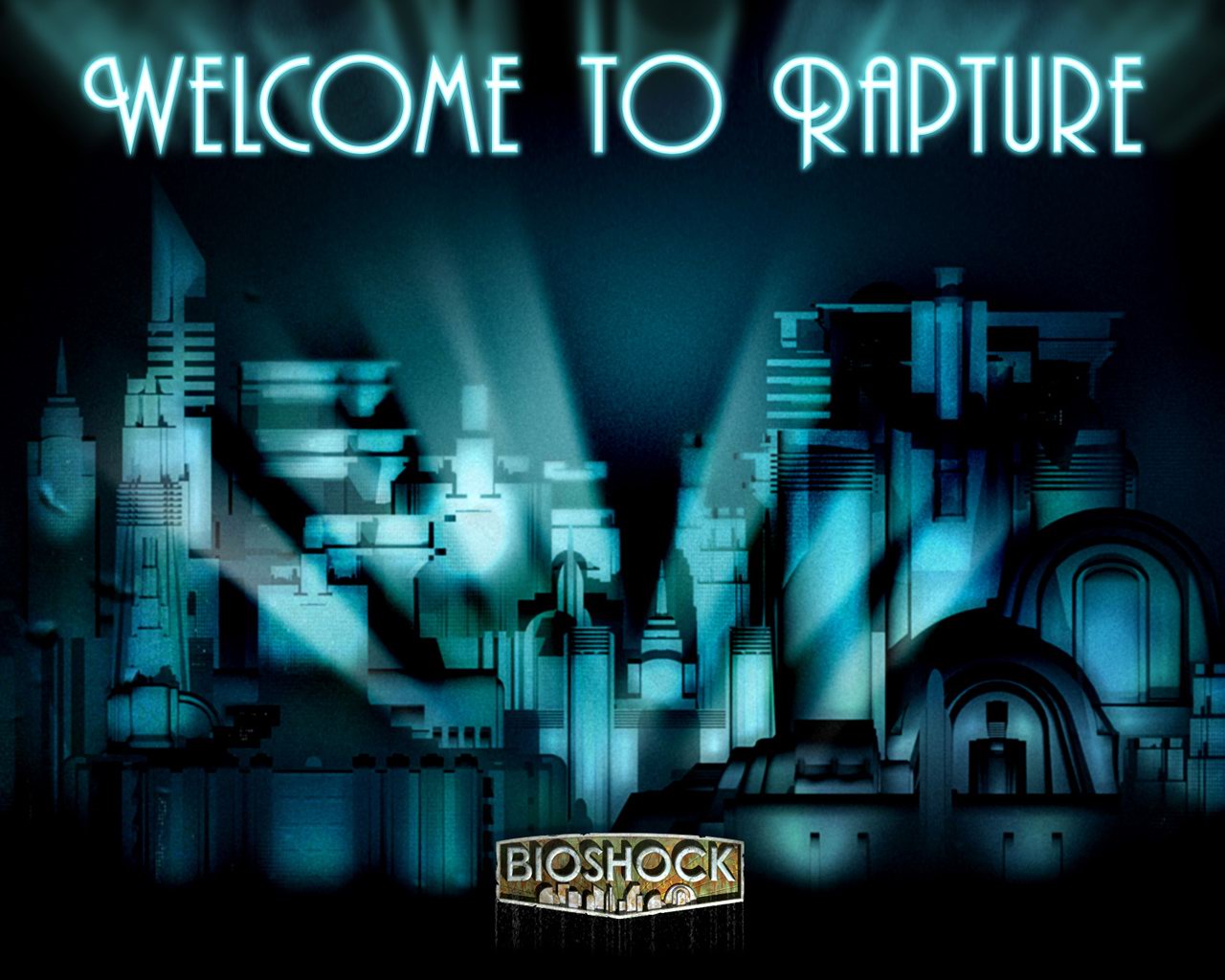 Now is the perfect time to vacation to Rapture! Tourism is in its prime in this utopian city. The weather has never been better. I hear it’s lovely under the sea this time of year!

Or Columbia! Columbia’s, by pure coincidence, looking equally lovely! And depending on its location in the atmosphere (come on, with everything else going on in Bioshock Infinite, do you really think that was something anyone paid attention to), Columbia actually has weather! I mean, come on. Do you really want to vacation at a place named Rapture? Rapture? It just sounds sinister. But Columbia sounds nice. Nothing bad can happen in Columbia. 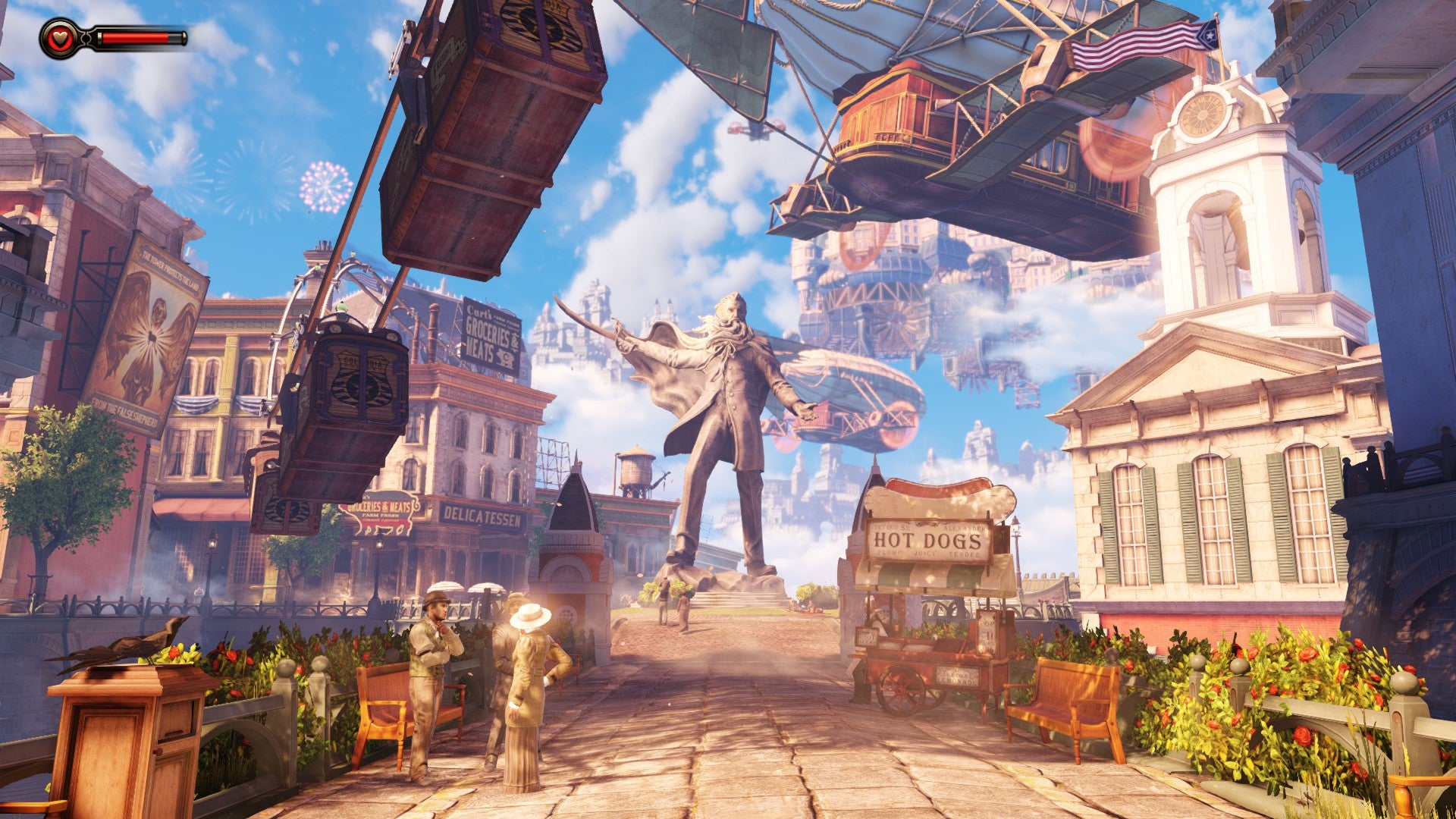 Well, as long as you worship the statue representing Father Comstock. And, considering that the city seceded from the United States in 1902, as long as you’re a rich WASP.

So why am I prattling on about the Bioshock games?

Well, if you are an Xbox Live gold member, Microsoft is offering you the deal of a lifetime. Now through the 21st of July, you can download all the main Bioshock games for a mere $23! Bioshocks 1 and 2 are both $5 while Bioshock Infinite costs $12.89. And if you’re looking to complete the set, Bioshock: Burial at Sea is on sale for $10.00 each episode, and Clash in the Clouds and Columbia’s finest are both going for $2.50.

As I said, vacation time! Pack those bags!

For those who have somehow avoided the Bioshock franchise (it does primarily occur deep underwater/in the sky, after all), let me say that this deal is worth taking advantage of!

The first Bioshock pits you against Andrew Ryan and his Objectivist dystopia (for those who haven’t read Ayn Rand, basic premise is the selfish are heroes and the selfless are the Antichrist). Science discovered the plasmid ADAM, which people have used to give themselves superpowers, such as telekinesis and pyrokinesis. So this society of superhuman, self-absorbed rich dudes somehow went wrong when Frank Fontaine decided to overthrow Ryan and, with the help of science, created a cheap plasmid industry by mass producing ADAM through the Little Sisters (orphaned girls). Fontaine apparently died in a battle against Ryan, and a few months later, a revolutionary named Atlas appeared as a champion for the lower classes. Ryan created the Big Daddies (essentially the most badass but also terrifying monsters in the game) to defend the Little Sisters as well as plasma-enhanced soldiers called Splicers. On New Year’s Eve of 1959, an all-out assault began.

It is into this hell that you, as Jack, arrive.

Want to know the rest? Buy the game.

The second Bioshock, also set in Rapture, occurs 8 years after the events of the first game. And this time, you play as a terrifying Big Daddy.

That alone is worth buying the game, especially for $5.

This time around, the antagonist is Sofia Lamb, who has taken over Rapture and created a cult known as The Rapture Family. She has developed several of the Little Sisters into the dangerous Big Sisters. And she’s also stolen away your Little Sister. So, yeah, she’s bad news. Lamb is the direct opposite of Ryan; rather than promote selfishness, she promotes altruism and seeks to abolish the entire concept of oneself. So, once again, it’s up to you to stop her.

Bioshock Infinite takes a rather different approach. Rather than being on Rapture, you’re on Columbia, a militant, pseudo-Christian society ruled by Zachary Comstock. Elitism and white supremacy run rampant through the city, and it didn’t take long for a civil war to break out between the ruling Founders and the Vox Populi rebels (Vox Populi is Latin for voice of the people). And if that’s not enough, there are Tears in the very fabric of space and time littered throughout the city. A million possible worlds all in one.

A million possible worlds, all for $23.