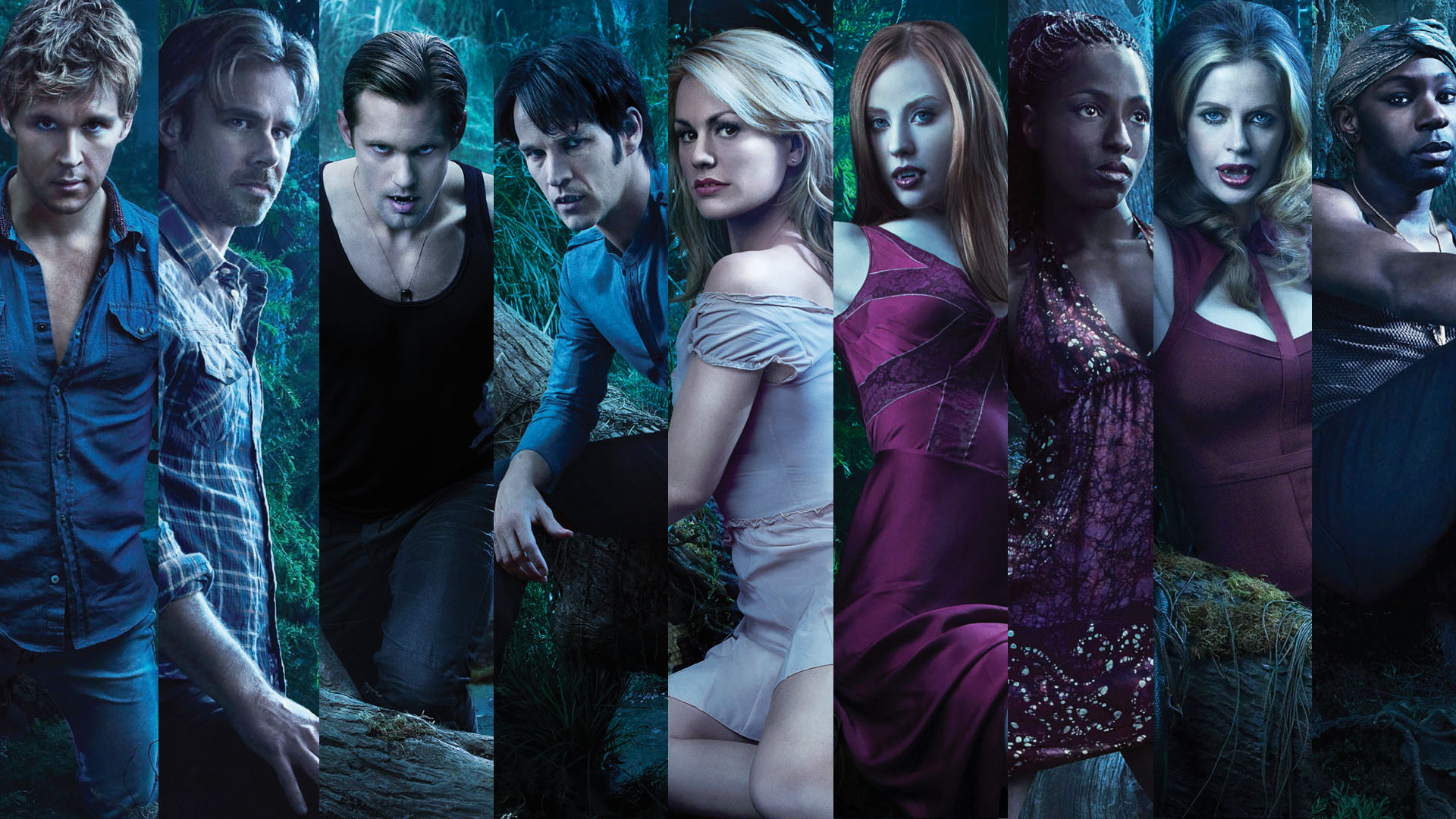 The last season of True Blood has been a mixed bag for many. While the season has been dark and featured many main characters (Tara, Alcide) and side characters (Mrs. Fortenberry, Kevin) getting killed off, many in merciless fashion. On the one hand, the show DID have way too many characters and there are still dangling plotlines (whatever happened with the werepanther thing? Are we just never getting a pay-off to that or what?) that have yet to be resolved–harsh as it sounds, killing off characters might be a good thing for the show, especially in the final season when it can get away with it. I’ll admit that I never really cared much about Tara’s storylines–and making her a vampire, while intriguing at first–didn’t work that well. On the plus side, her character finally had resolution with her mother and went out as a hero, and they still seem to be going somewhere where Lettie Mae seeing her. Alcide dying was a shock to many, but not that shocking when you realize how Sookie’s romances tend to turn out–it was more shocking in the way he died–no good-bye, just a gunshot to the head. While Alcide was an extremely likable character (and many were upset by his death), he didn’t have anywhere else to go on the show, since he was only really connected to Sookie. And I think most people (myself included) always knew it was going to be Sookie, Bill, and Eric at the end.

That brings us to episode 4 of season 7, “Death is Not the End.” First, I have to applaud the show for taking death seriously–with Jason phoning Hoyt to tell him his mother had been killed by a vampire; heartbreakingly, Hoyt doesn’t remember Jason due to being glamored–Hoyt was his usual good guy self, but I have to wonder what a vampire killing his mother will do to him–he could possibly join another vampire hate-group, but we likely won’t see him again to find out. Sookie also calls us Alcide’s father, Jackson (played by the always great Robert Patrick) to let him know his son has died, and the acting by Patrick here is very good and you can almost feel the pain the character is going through. Despite the focus on death in the episode, we also get wonderful flashbacks of Eric and Pam in the mid-eighties, mid-nineties, and mid-2000s, all of which are rendered well and feel like they’re from the respective era (especially clothes and hair). We see the origin of Fangtasia, including the video rental store (am I the only one who got nostalgic seeing a video store again?), and how Eric and Pam met Ginger. These moments were the highlight of the episode for me, and although some might find them distracting, seeing these small character moments is something I’ve enjoyed this season.

The main plot of this episode is a rescue mission to Fangtasia organized by Sookie, Bill, Jason, Violet, Eric, Pam, and others to rescue the humans held captive by the Hemp-V vampires. Thankfully, instead of stretching the battle and rescue out, we get a bloody brawl with minor characters like Kenya and Mayor McEvil getting dispatched–hopefully that’s the last we see of the mob. There’s a nice scene with a drained, near-death Arlene seeing Terry, who helps her stay alive until she can swallow the vampire blood. It was a nice cap to an episode about death.

The only thing I have about is what’s next. I assume we’ll have the search for Sarah Newlin and run-ins with the Yakuza. But there doesn’t seem to be any big villain this season–unless it’s just more Hep-V vamps, and no one wants that. My gut says there will be some kind of clash with the Vampire Authority, but over what I’m not sure. Maybe some past enemy of Bill or Eric’s will return? Possible, but it would certainly be out of left field. On the other hand, the season might not even have a Big Bad, with the overall focus on the characters and their relationships rather than a tangible enemy. But I just don’t see that happening–especially not in the final season. Nonetheless, I’m intrigued as to where the show ends up, especially if more episodes are like this one.

Need A Power Up? – A Guide to Gamer Drinks