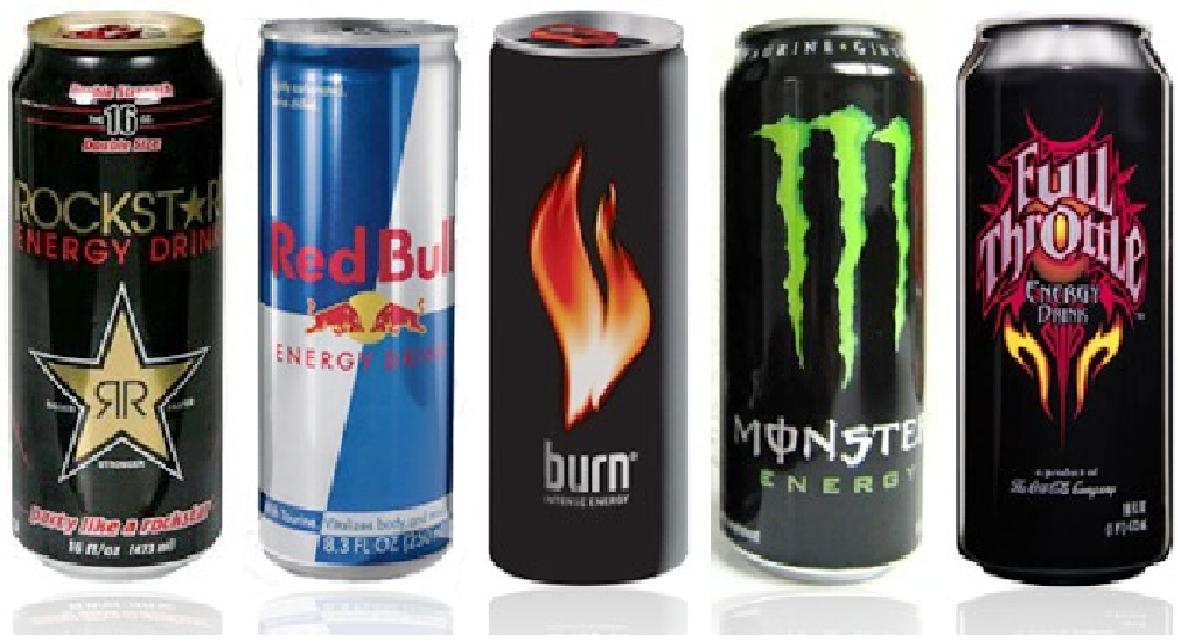 Gamers have been going to the fridge looking for a way to keep their energy up during late night gaming sessions. There are many different drinks that gamers turn to when they need their energy up and their thirst quenched. Some turn to sugary soda or coffee to keep them going others turn to a variety of energy drinks made for gamers specifically. Bu,t which ones should you try and which ones are really just canned chemicals and sugar? Here’s the run down on some of the most popular Gamer Drinks on the market:

Monster is a well known drink in the realm of gaming. It is a drink used to keep gamers awake and sharp for long gaming sessions. Monster Energy even sponsors a number of Esport teams under the name Evil Geniuses. They have teams that compete in Dota 2, League of Legends, Starcraft 2, World of Warcraft, and Call of Duty. Despite that Monster also sponsors many other events in extreme sports like BMX, Motocross, skateboarding, and snowboarding. As a drink for gamers it sounds great. It is high octane drink for high octane gamers. Well it does give you a massive rush of energy but as far as a high octane energy drink I only have one criticism, and strangely enough, it is the taste. Monster tastes like liquid bubblegum and to a be a high octane drink that supports extreme sports and metal concerts it should taste like guitar strings and motorcycle tires, not like bubblegum.

Red Bull is an energy drink that is very well known as a sports drink but not many people know that it was originally created a Thailand under the name Krating Daeng. Then it was adapted by an Austrian named Dietrich Mateschitz into what we know as Red Bull. Coming in that classic slim blue and silver can, everyone recognizes as Red Bull. Usually Red Bull is marketed to people on the extreme edge of sports but in January 2009 Red Bull was advertised on the Playstation Home. Soon it was also a gamers drink and used by gamers to keep them awake for long nights of grinding and achievement chasing and a favorite of members of  the Achievement Hunter youtube channel.  To me this is my favorite energy drink for several reasons, it doesn’t make me fidgety, over energetic, and I don’t crash afterwards.

Another energy drink marketed to the extreme is Rockstar. Like Monster it is high octane drink that is, and I quote, “Scientifically formulated to speed the recovery time of those who lead active and exhausting lifestyles– from athletes to rock stars.” It also comes in a bigger can then Red Bull, who has a 8.5 oz can, while Rockstar comes in a 16 oz can. unlike Red Bull, Rockstar comes in a rainbow of colors flavors and kinds from original to coffee flavors, to even non carbonated versions. While this drink helped me get through a semester of school by keeping me up typing papers like a madman until the sugar rush left my system and I would pass out on my keyboard.  It works for what it is made for but for a long night of gaming I would rather have a Red Bull to keep me awake.

Gamma Labs is a company that makes an energy formula that comes in a powder or in a tablet. It was made for athletes and  people who live a fast paced lifestyle. It seems like something that really was not made for gamers but they actually support professional Esport teams in League of Legends, Call of Duty, and Teams like Team Kaliber, Zzirgrizz, and Rise Nation. Unfortunately I have never had Gamma Labs products before but it sounds like something that really does improve focus, and give new energy. It has a lot of the chemicals in other energy drinks like Red Bull and Monster. But if it works for professional gamers and athletes it sounds like it would be great for anyone who needs the energy and focus Gamma Labs provides.

The classic gamer drink before you discover what an energy drink is. Mountain Dew is been a classic with gamers for years and probably will be forever. It gives you the sugar rush that helps you beat those nasty levels or makes you no scope your enemies without even meaning to. Originally created to be a charger or a mixer for moonshine it quickly became a drink of it’s own and a favorite of teenagers on a sugar rush and gamers alike. It tastes great but is a little weak compared to energy drinks that have chemicals like taurine that are more powerful than caffeine. Baja Blast, anyone?

For a more refined gamer who doesn’t want nasty energy drink chemicals in their system, there is always good old tea. It has caffeine but only a modest amount that keeps you awake but not energy crazy.

Coffee as well is another caffeine filled drink. It comes in many names and colors from black to carmel. It is a great drink and normally it is more of a breakfast drink but it will keep you awake when you need it. It can be more of an acquired taste but for those who are coffee people it will keep you going during long gaming sessions. If you are like us and don’t wanna leave the house, you can use a coffee subscription app and get your coffeine fix delivered to your home.

For the gamer that is 21 and sometimes gets the urge to be a bit fuzzy when we game, a good beer or a mixed drink is what we turn to.  There are many kinds of beer that a gamer can indulge in. They run from light to dark and are made by hundreds of companies. I personally am a fan of dark beers like porters and stouts. They are generally made with coffee or chocolate to give the beer a rich deep flavor. But if dark l If a gamer wants to be more then fuzzy we reach for the bottle. Hard liquor, like beer, comes in many different varieties like whiskey, bourbon, Vodka, Tequila, among others. I tend to be a fan of whiskey and bourbon mostly Jack daniels and Markers Mark, mixed into some coke or Pepsi. It tastes great but you do tend to be a little sluggish and make dumber decisions. This is well because alcohol makes you drunk and you never perform better under the influence of alcohol. But, it is rather fun to play while drunk, right?