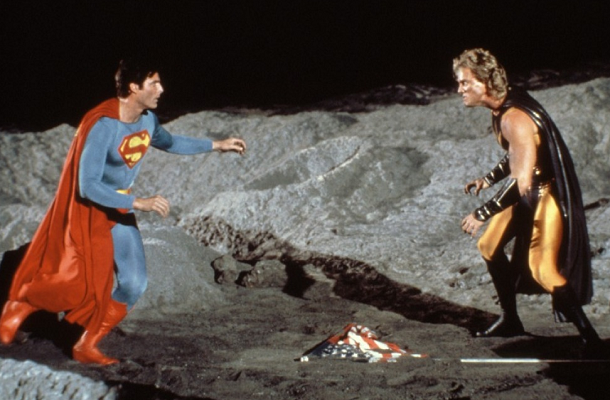 Even though our original Worst Comic Book Movies article tried to cover the breadth and depth of the film industry’s greatest comic book movie mishaps, it was pretty clear that one article just wasn’t enough. So, for all the awful comic book movie fans out there, we’ve gone ahead and rounded up another collection of cringe-worthy pieces of cinematography, which show a blatant disregard for their comic book origins as well as the intelligence of their audiences. This is the Worst Comic Book Movies Part II. 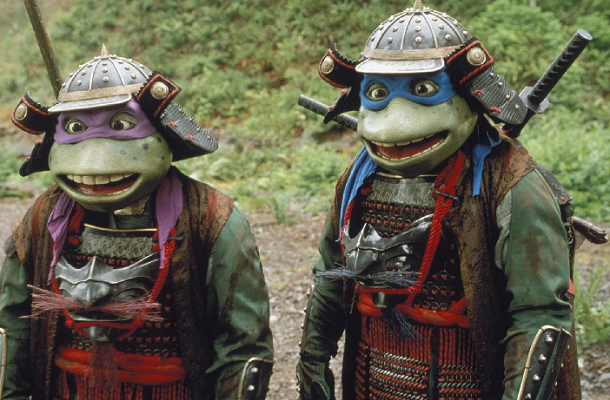 The first two Teenage Mutant Ninja Turtles films were memorable for their fun fight scenes, silly jokes and astounding use of animatronics; and are fantastic examples of comic book movie adaptations done right.

Teenage Mutant Ninja Turtles III on the other hand, took everything that was good about the entire franchise and threw it out the window. Gone were the sewers of New York city, with the film makers instead sending the turtles back to ancient Japan to find a magic sceptre, so that they can then go back to New York. It’s a confusing mess of half-baked ideas, under developed characters and a simply boring storyline; not to mention the absolutely hideous animatronics and special effects. Teenage Mutant Ninja Turtles III lets down the films that preceded it and spits on the comics it’s based off.

Son of the Mask

As with Teenage Mutant Ninja Turtles III, Son of the Mask took the unrelenting absurdity that made The Mask so much fun, and flushed it completely down the toilet. The film is just one poorly executed gag after another, all strung together by a completely wafer-thin plot and smothered in awful CGI and special effects.

It’s evident that the film makers had no intention of making a film that built up on the original film, and they had certainly never read the gritty and violent comic series it’s supposedly based off. Instead, they simply tried to make a quick buck from parents taking their children to the movies. But trust us, children hate it, parents hate it and you’ll hate it too.

Superman IV: The Quest for Peace

It’s a shame that a film series that started off so strong would be left to run out of steam in Superman III, and then finally grind to a halt in Superman IV: The Quest for Peace. It’s a shame because the basic premise of the film is sound; Superman realizes that the only logical way to prevent humanity destroying itself through nuclear war is to become directly involved in world politics and remove the nuclear threat completely.

But what Superman IV boils down to is a handful of humanitarian speeches interspersed by a couple of cheesy battles against the unimaginative “Nuclear Man”, and some pointless Clark Kent subplots. Stick to the first two Superman films, watch Superman III if you’re desperate, but do yourself a favour and steer clear of Superman IV. 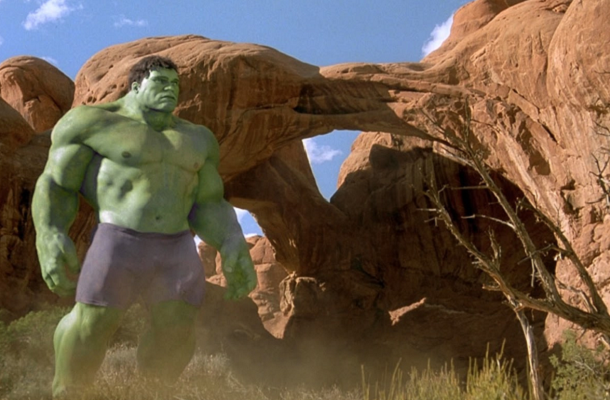 The Incredible Hulk is a mean, green, wrecking machine; an unstoppable force of unlimited power capable of levelling entire cities in a matter of minutes. Unfortunately for fans of the Marvel comic books, the Hulk movie chose to focus a sizeable chunk of its run time on the Hulk sitting around in a desert feeling sorry for himself.

Other riveting events include showing Bruce Banner’s same, confusing flashback over and over again, Bruce’s dad turning into a super-powered weatherman, and people calmly and slowly talking to each other. The film breaks up the excitement with extremely frequent “comic booky” scene transitions to constantly remind the audience that they are indeed watching a comic book movie, because after all, it’s easy to forget. 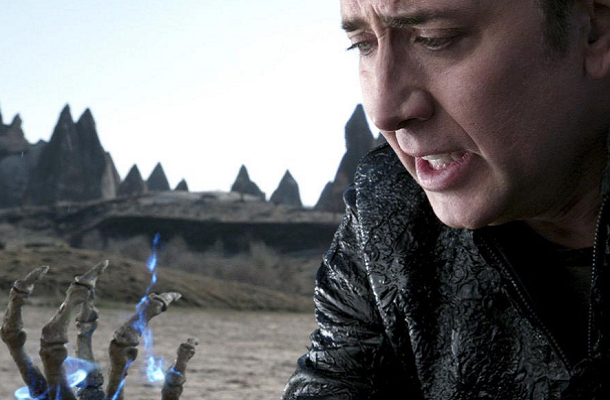 The first Ghost Rider movie was bad to say the least, but somewhere, somehow, someone thought Nicholas Cage playing a dark, comic book anti-hero again was a good idea.

Ghost Rider: Spirit of Vengeance is basically more of the same, but worse. Anyone hoping to actually see anything during the film’s pointless action scenes are treated to a face full of nauseating shaky-cam and cheesy CGI. There’s no hope in the dialogue department either, as line after line of garbage spew from the actors’ mouths with such a lack of imagination that we can only assume there was never any script to begin with.

If you had the displeasure of seeing the first Ghost Rider movie, then you don’t need us to tell you that Ghost Rider: Spirit of Vengeance should be avoided like the plague.

The League of Extraordinary Gentlemen 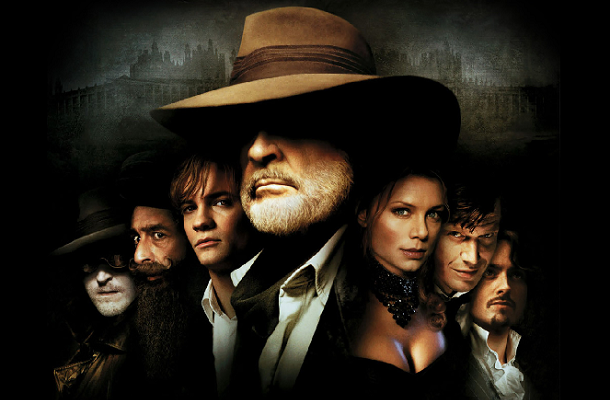 Making a film about a quirky team of Victorian era “super-heroes” amidst the comic book movie boom of the early 21st century was a fantastic idea, especially a film based off Alan Moore’s The League of Extraordinary Gentlemen comics. But for whatever reason the decision was made to disregard 90% of Alan Moore’s work, change up the team, throw in Tom Sawyer in an attempt to Americanize the film, and pull a brand new plot completely out of thin air. How does Nemo’s giant submarine travel through the narrow canals of Venice? How can so many machine gun bullets be shot and yet nobody dies? And who in their right mind would ever consider Tom Sawyer any kind of super-hero?

It was all there, right there in the pages of Alan Moore’s comic books. There’s just no excuse. While the majority of the comic book movies in this article suffer from bad acting, cheesy effects or a sloppy plot; Elektra has none of those things. In fact, Elektra has nothing of interest going on in the entirety of its 1 hour 40 minute run time. If Elektra isn’t just lying around, then she’s bonding with her new found sidekick Abby, who actually seems to take up more screen time than the character the film is named after.

Sure there’s some scenes where Elektra leisurely beats up ninjas that all have the misfortune of actually being allergic to fighting, but on the whole, nothing really happens. Nothing at all. 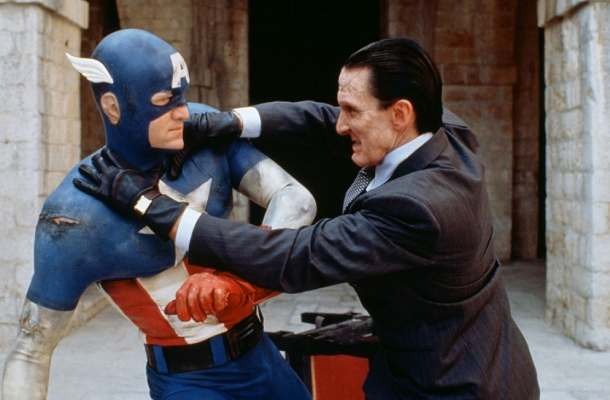 Marvel Studios have put out some of the best super-hero movies of all time such as Thor, Iron Man, The Avengers and Captain America: The First Avengers. But things weren’t always so good, and those who read the first Worst Comic Book Movies article will be familiar with the catastrophe that was 1994’s The Fantastic Four. Unfortunately that wasn’t Marvel’s only movie blunder as in 1990 they released the now infamous Captain American film.

The issues with this film could fill an entire article itself, but mainly involve the film’s evidently low budget and the deviations it makes from the source material. The film opens in a fascist, pre-World War II Italy, where a scientist working on an experimental project to create an Italian super-soldier, fleas from Italy to America. From here Captain America’s plot goes from being cheesy to plain unwatchable. Other highlights include Captain America’s flimsy plastic shield, frequent appearances of boom mics, and what is now an Italian Red Skull with a matching stereotypical Italian accent, a full head of hair and a distinct lack of redness.

The film went straight to VHS, but if you ever find this awful comic book movie film in your possession, then do the right thing and throw it straight in the bin. It’s what Cappy would want you to do.