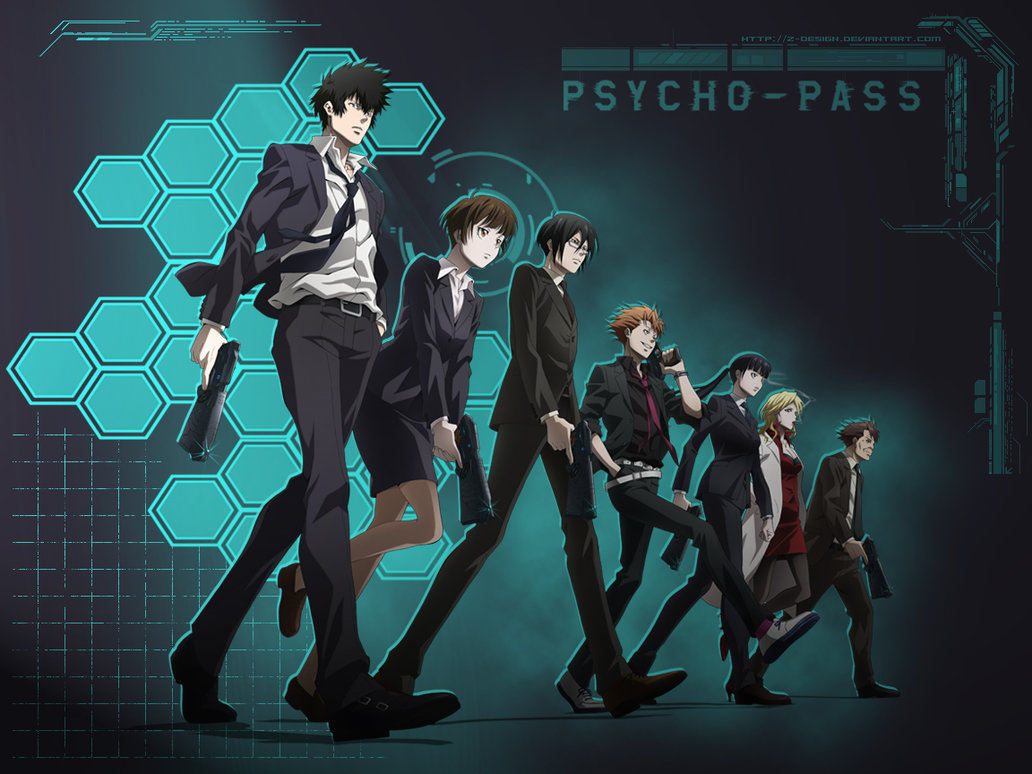 Is Psycho-Pass just another run-off-the-mill anime, or is it actually worth your time? A sneak glimpse of its first episode tells you as it is.

To give you a bit of a background, let’s take a trip down memory lane and uncover some interesting trivia about this thrilling anime. The guy behind its creation is Gen Urobuchi who is also the guy who scripted Madoka Magica and supervised Fate/Zero. Also, Urobuchi is well known among his fans for always killing off a lot of his characters. This bizarre penchant of his gave him his nickname “Uro-butcher” – upon knowing this name, you get a bit of an idea as to how the whole series will end up.

Now that that’s covered, I’m assuming your head is filled with random thoughts right now: Will Psycho-Pass be full of psychos? Will a lot of characters be dying? Is there a love story involved? Are there a lot of good-looking guys?

Well, let’s move on to episode one and find out!

The anime series takes place in the near future when measurement of a person’s thought processes and personalities are consistently done to ensure everyone is strictly monitored. This measurement is documented and analyzed – “Psycho-Pass” is the term used to refer to this standard of measurement. People with cloudy Psycho-Pass tend to also have higher Crime Coefficient. The story revolves around Enforcement officer Shinya Kougami and Inspector Akane Tsunemori, as they stop crimes from happening and prevent people from dying graphically.

It’s Inspector Akane’s first day on the job, so she has to struggle with learning the ropes and stopping a nasty crime from occurring.

Explanation of their weapon, the Dominator, is done while the criminal (Crime Coefficient of 126.3) takes advantage of his victim. Basically, the Dominator is specially made – only Inspectors and Enforcers can operate it and use its full power. It also does all the work for you. You just need to point it towards a person to read his Crime Coefficient. Once the Dominator reads it, you are given instructions to either shoot to paralyze or shoot to kill.

During the explanation, I was actually cringing and screaming at them – there’s a woman being violently raped, people! Can’t you run and explain at the same time? Gratuitous violence is not really my cup of tea so I kept on shouting at the criminal during his scenes, too.

In the end, after the woman becomes tortured enough, her Crime Coefficient also shoots up to the sky, and she is thereby pronounced as a criminal-in-the-making. The Enforcers and Inspector Akane corner both the criminal and the hostage. The criminal is destroyed violently while the hostage attempts to set herself on fire.

Enforcer Kougami prepares to shoot to kill the victim, but Inspector Akane protests and…shoots Enforcer Kougami instead. The victim is then coaxed by Akane to stop what she’s doing and allow them to help her. At the end of the day, she obliges, and we get a semi-comforting ending. (Aside from the fact that an Enforcer is paralyzed and is currently planking on the floor, this mission was still a success because the criminal was rightfully obliterated.)

Here are some pertinent aspects of the episode that should be worth noting:

Over all, Psycho-Pass Episode 1 was really an intense and emotionally violent episode. I wonder what Episode 2 will have in store for us?