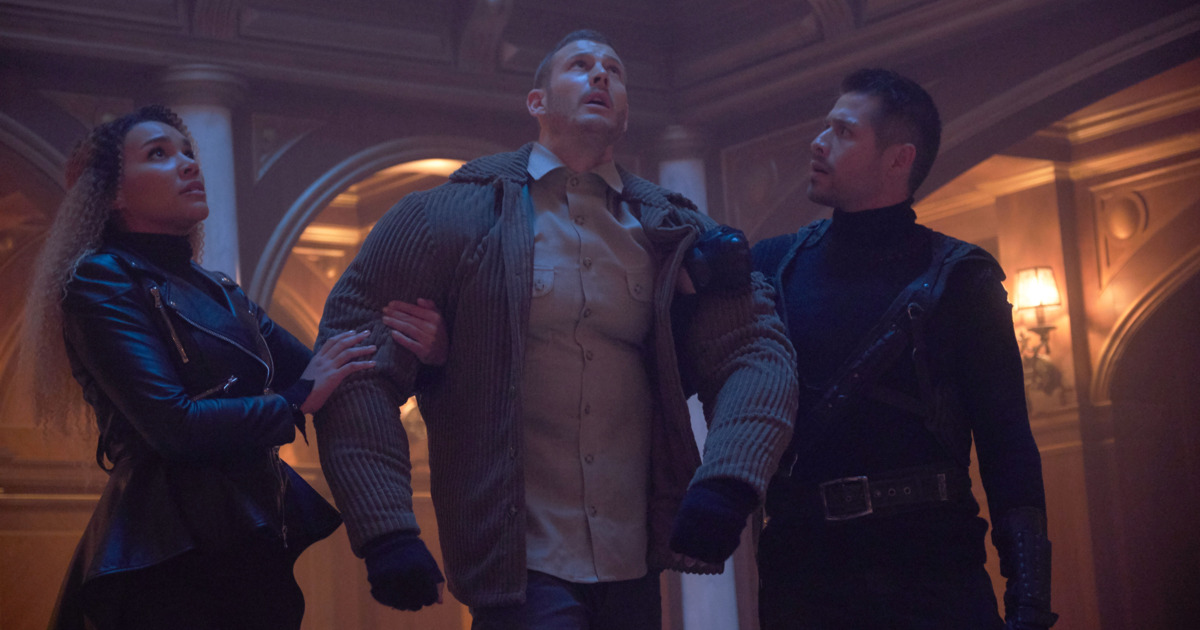 I am being, perhaps, a bit reductive – and I hope you can forgive it, should that prove to be the case – in saying that the superhero genre is primarily built on the backs of isolated do-gooders, working to protect the innocent, preserve the world, save the kittens, you get the idea. This isn’t inherently flawed, but it also is not fantastically relatable, nor does it -realistically – allow for much variation in heroes. Archetypically, there is a traumatic origin story, often with one or more dead parents, a coming to terms with a sense of power and responsibility and then coming to terms with the hero they are. I bring this up, because by episode three of The Umbrella Academy, it is apparent that those are not the heroes we’re getting, and it is mountain spring refreshing.

The foundation firmly established, the show begins to build the relationships that will prove pivotal throughout the season, and that fuel the action more than any simplistic sense of right or wrong. Again, let’s approach this on a character by character basis.

This is primarily Vanya’s episode. We open on a flashback, revealing Vanya’s tell-all memoir, and how it impacted her relationships with her siblings. The book does middling well. Like all other aspects of her life, Vanya proved to be an ordinary writer. In the present tense, she isn’t missed by her orchestra. Feeling despondent, she goes to visit her only adult student, Leonard, a man who truly puts the “creepy” in “hey isn’t this seemingly ordinary guy pretty creepy.” But Leonard seems nice. He likes Vanya. He likes that she’s ordinary. And when he meets her movie star/reformed crime fighter sister, he seems underwhelmed.

Vanya returns with Alison to the Umbrella Academy home after Alison tells her there’s some mom related business to be attended to. While there, the family is attacked by Cha-Cha and Hazel, and Vanya, being powerless and truly the tiniest thing in the world, needs to be protected. When the threat is neutralized, Diego immediately calls her a liability, something she more or less felt herself, and when Alison doesn’t negate it, she leaves, wounded both physically and emotionally, going straight to Leonard.

Because of the relationships I alluded to back in paragraph two, she and Vanya’s may be the most significant. It is played naturalistically and with a deft hand, but the idea of sisterhood as redemptive is a quiet, omnipresent buzz throughout the first season. They have a difficult, flawed relationship, but one that is still ultimately based on love and a deep desire to be close and helpful to each other. And though Vanya’s need is more immediately pressing in many ways, Alison’s had a time of things as well. She reveals to Luther that she lost custody of Claire because she used her mind control powers to stem bad behaviors. She sides with Luther in the great debate about whether or not to reboot Grace, after they share the footage Alison discovered at the last episode that Grace was in the room while Hargreeves died and did nothing to stop it – potentially caused it by poisoning his tea or something similarly nefarious. She gets a few good hits in on Cha-Cha during the raid, but ultimately, Cha-Cha and Hazel get out, with…

Klaus begins his descent towards “most interesting character of the season, despite the disadvantage of not being Five” in this episode. Little hints of his own loneliness peek through when he is in Five’s van, having stowed away as a human GPS for Luther. He very much wants to chat with his brothers. He very much craves that attention. He has Ben with him, but also the voices of the rest of the dead. It’s now becoming apparent that the drugs he takes are for a very specific purpose. Klaus remains delightfully oblivious during Cha-Cha and Hazel’s ambush, but ends the episode in the trunk of their car.

He almost had to share a paragraph with Luther, because their alpha male posturing is (intentionally) tedious, but the seeds for his richest and most rewarding relationship are planted in this episode, so yay, solo paragraph. Diego, the Dark Knight of our new buddies, has so far mostly brooded and glowered. But we discover in this episode that he is, wonderfully, a total mama’s boy. It is an unexpected and welcome development. Diego seems like he will be 90 percent toxic masculinity, 10 percent water, but instead he is gentle, and loving towards Grace. He is protective of her, and we see that as a child, he had a stammer that she helped him work through. Traditionally in superhero lore, romantic relationships take precedent, but in Diego’s story, the purest love in his life is the love he expresses towards his mother, and it is all managed without veering into Norman Bates territory. It is fitting, then, that when it is apparent that something is wrong with Grace’s wiring, Diego is the one to affectionately shut her down.

It pains me to lump Five in with Luther like that. Not because Luther sucks, exactly, only generally and in that approximate direction (he gets better, but I cannot time jump and must follow the dictates of traditional chronology, alas). We do see in this episode that Luther’s head is grafted onto the body of what those of us who have read the book know to be a giant Mars gorilla, which is pretty fun. But mostly he’s there to butt heads with Diego and establish the power struggle between the two. And my dear Five spends most of the episode staked out in a van with Delores the mannequin, trying to figure out what in the world is going on with the eye he found. Though to be fair, even that he does caustically and wonderfully.

One final, quick note that I would be remiss to omit, despite the fact that I’m veering towards running long. This episode introduces the romance between Hazel and Agnes the donut lady who runs the diner where Five killed those time assassins. Agnes is handily 15 years older than Hazel, but it is never commented on. There is just a slowly blossoming, genuine affection between two extremely unlikely lovers. I comment on the age difference only because it is so rare. While it is not even a little uncommon for media to offer older men and younger women as de rigueur, older women and younger men are usually treated as a punchline or deviant in some way. That there is none of that, just a very innocent, sweet mutual appreciation, feels unique. Agnes’s age isn’t important to the relationship, and as such, is never a punchline.

Meet me in episode four, when things manage to get increasingly crazy, and the soundtrack continues to own!