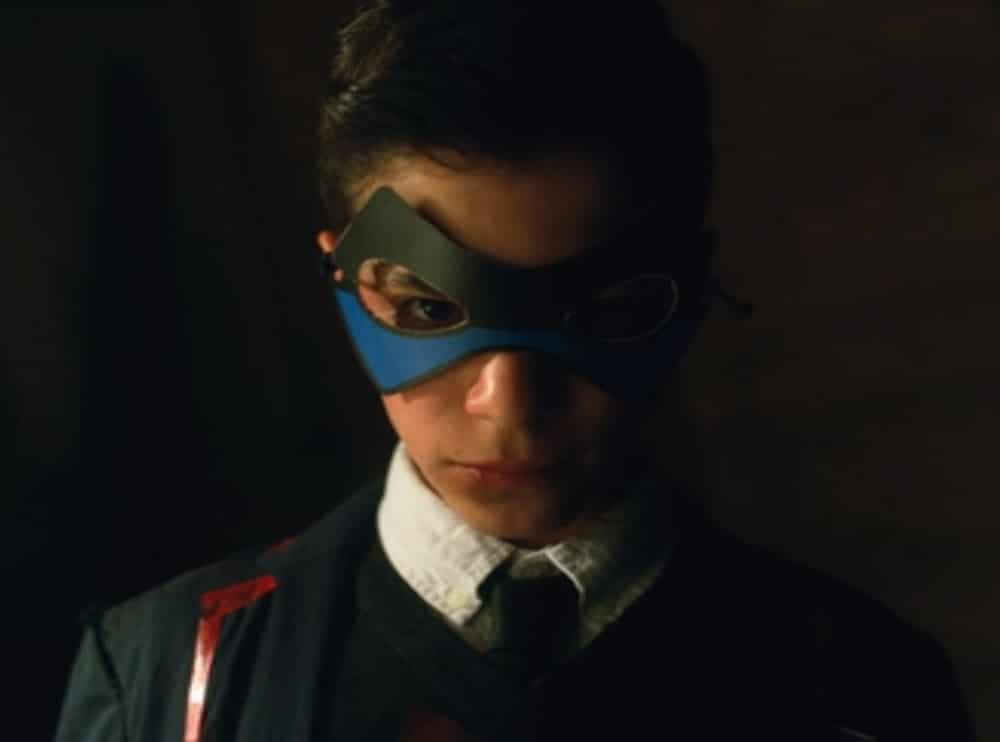 Someday, perhaps, much further down the line, when all of the recaps are over and done, and I’ve said all the last words on Five and Klaus and everyone else, my notes from The Umbrella Academy could be compiled into a very strange tone poem, full of esoterica and populated by phrases like “oh Ben, you sweet cinnamon roll” and “goes to sexy French heaven, where little girl God sends him to get a shave from the ghost of dear old dead dear old dad.” All of which is to say…episode 7, guys. Let’s get into it.

Consider it a Small Breather

A lot certainly happens in this episode, and it is all important and as thematically rich and beautifully executed as we’ve come to expect, but this is a table setting episode. The greater, then, the celebration of The Umbrella Academy, that an episode designed largely to set up the last act of the season still feels so vibrant and alive. The show mixes up its core cast, and uses odd pairings to not only enrich the emotional world of the show, but also to move the trajectory along in clever and unexpected ways. Among the best:

Much like the first version of this day, Luther stays at the Hargreeves house to review the information he sent to his father from the moon, only to discover it’s never been opened. Klaus stays too, but since there is no Diego this time (we’ll talk to him later, don’t worry) he turns to Luther to tie him up and keep him clean, only to find his brother well and truly shit canned. Luther, being a boy scout, does not have a history with substances and chemicals, and is pretty quickly undone. Klaus continues to be the unsung hero of the show, very gently handling his enormous brother, providing reassurance and sympathy instead of Diego’s “buck up” antagonism, or even dear Allison’s romantic distraction. Klaus listens. And hears. Luther tells Klaus he wants to be like him, clearly not understanding at all why Klaus has spent years leaning on narcotics.

Vanya feels unseen by her siblings, but Klaus could just as easily make the same claim. They are dismissive of him because of his drug and alcohol habits, completely oblivious to the fact that those dependencies were the only salvation from years of being followed by the dead. Luther is a fundamentally simple character. He has basic notions of good and bad, and for the first time, he’s considering that his life was a lie, and he has no capacity to deal with it. So he decides to go out and live a little. And here is where Klaus truly earns his stripes, as he attempts to block his enormous, leviathan of a brother using naught but his slender self, and gets the snot thrown out of him. But he doesn’t give up. Our Klaus follows Luther until he finds him raging super hard at a rave, shirtless and tripping. He knocks an ecstasy tab out of Luther’s hand, but the drum of the bass and the flash of the lights triggers his PTSD from the frontline, and he considers taking the pill himself. But again, Klaus Hargreeves is better than us all, so when he has to choose between taking the pill and attempting to intervene with the very angry man whose girlfriend thinks Luther is a furry, and she is WAAAAY into it, he attacks, and once again, gets knocked to kingdom come.

This act of brotherly defense leads to that sexy French heaven scene we’ve all been talking so much about, where Hargreeves shaves Klaus and tells him that he’s only begun to tap his potential – and oh, sidebar, no bigs, but he killed himself in an effort to bring the Academy back together, because he knew the apocalypse was coming. I refer back to those communication problems I alluded to last time….anyway, Klaus comes back in time to find out that Luther has been kicked out of the club and goes out to find him.

Diego and Allison and Five (who will, lamentably, be backseated for much of this, though he remains an unstoppable quip machine) set out to find out who the hell Harold Jenkins is. Diego gets his police file, and because she has actually taken the time to cultivate a relationship with her sister, Allison immediately recognizes Harold Jenkins as none other than Leonard, Vanya’s milquetoast boyfriend, who will get the paragraph he deserves in a minute, I promise. They go to his house, only to discover a genuinely jibbily inducing hate shrine to the Umbrella Academy, with the eyes scratched out. Back at the house, Allison has a gentle talk with Diego; she checks in with him. Makes sure he’s ok.

A great deal of my digital ink has been spilt in praise of Klaus and Five, and rightly so, but it would be remiss not to acknowledge the quiet power of Allison Hargreeves. She’s a steady voice of reason, and she is an example of how a character can use traits that are associated with being uniquely of women – patience, empathy, kindness, listening – as strengths. Diego is more reasonable after talking to Allison, and goes with the police who are blaming him for Eudora’s murder.

We Need to Talk About Harold

As always, I still have 17 books worth to write about this episode, but the most important chapter, the one I cannot skip, is the Harold/Leonard business. We learn at the top of the episode that Leonard, born Harold, was born on the same day as the Academy kids, under totally normal circumstances, but that his mother died giving birth to him, and his father resented him for it. Leonard latched onto the Academy in the same way that I imagine any number of misfits like us have even now, with the added complication of them being real in his universe. He is obsessed with them, with a ‘there but for the grace of God go I’ in reverse sort of logic, and tries to run away to join them. But Hargreeves, his dream surrogate father figure, humiliates him and denies him, sending him back to a piece of garbage, abusive dad. And that is where little Leonard snaps and murders his father, pretty damn brutally.

He spends his formative years in an institution with little besides imagination, and comes out the exact model of every noxious “but I’m a nice guy” any woman has ever known. I’m going to save that screed for next time, because I want to spend some words in praise of The Umbrella Academy once again veering from easy characterization. The queasy reality is that Leonard is both a relentless bastard and really, truly, deeply sympathetic. He’s not just – as is so often the case in superhero properties – the hero turned upside down and painted a hazy shade of villain. He’s not mustache twirling evil. He’s sad and broken. And we can hate him, but we can also understand him.

The episode ends with Leonard getting beaten stupid by some rednecks at the diner he and Vanya were eating at, until Vanya’s powers unleash and she goes sickhouse on them. It’s brutal and beautiful and everything gets absolutely bonkers from here. So get ready. We’re in it now.