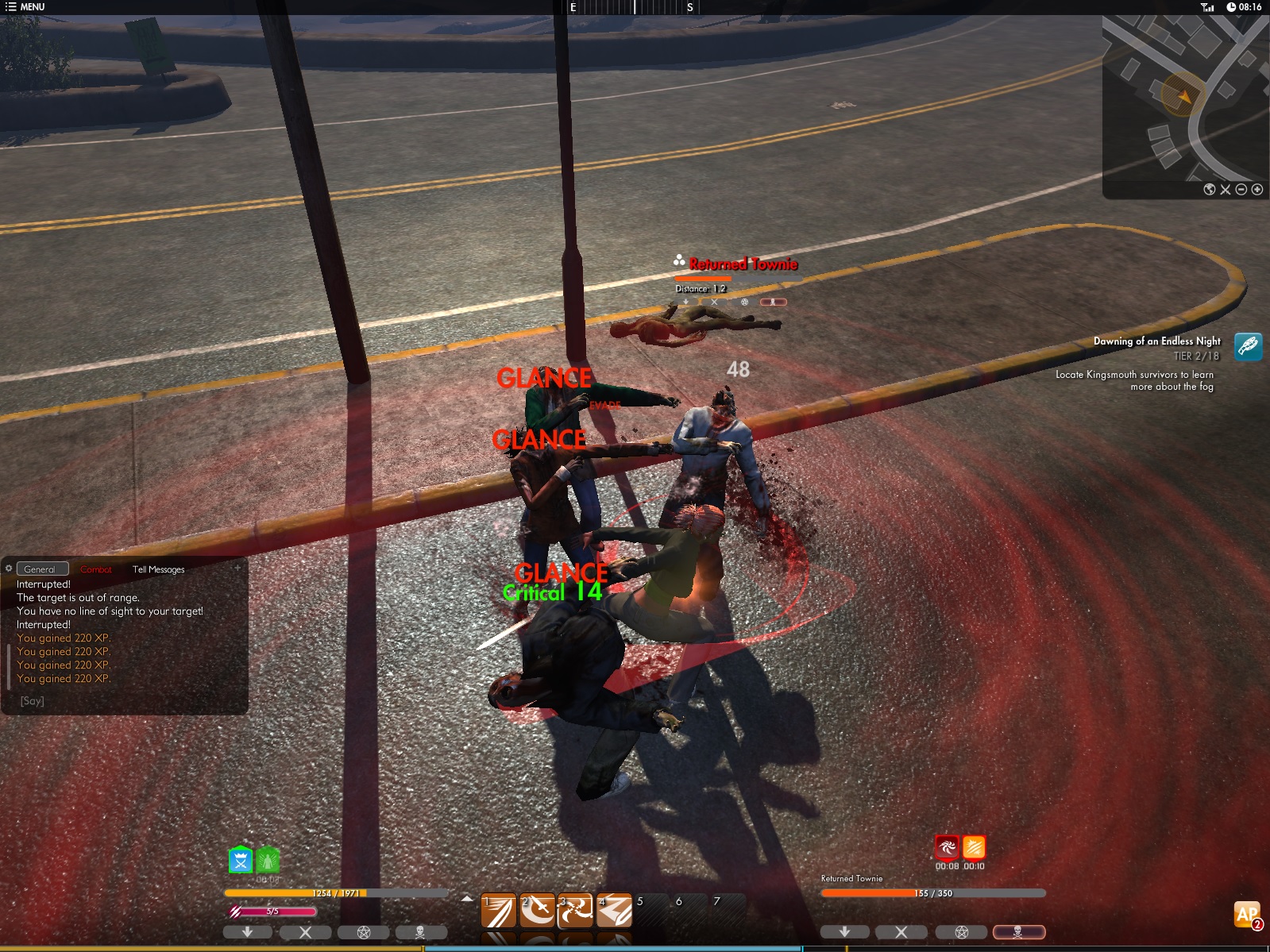 In recent years, many people have imagined the concept of zombies coming to life and destroying the world. Books, games, and television have all had a fair share of zombie themed content ranging from absolutely incredible to absolutely crap. It’s safe to say that we can expect this trend to only grow stronger, and we couldn’t be happier. This entire new genre has put life back into media and entertainment and even worked its way into our culture itself. Of all the content made from the concept of the dead arising, none has truly taken the idea to the level that The Secret World has. The recently gone free-to-play (no subscription) MMORPG takes on the challenge of creating a world overrun by the dead while keeping in mind the need for player interaction. Today we are going to look at some of the ups and downs of the dead coming to life for you and your friends to kill.

The Secret World: Living up to its name

The Secret World lives up to its name by being exactly that: A hidden world behind our own where all kinds of wonders exist. Right from the beginning the game draws the player into a vivid storyline, immersing them in cinematic cut-scenes and live conversations with quest givers, much like Star Wars: The Old Republic. Unlike SWTOR, however, The Secret World does a much better job of integrating these cinematic scenes and conversations, making the player truly desire to look into things a little further. All of this is brought to life by a high level of graphical quality, as well as good scalability that should let this game run on even slightly older systems.

Depending on what faction the player chooses, the introduction to the game systems is slightly different, but overall the important experiences are the same. The player is first shown a vision that becomes a real experience, living out someone else past much like a dungeon the player has to finish. This serves to teach the player how skills and weapons are used, and the player advances through skills much more quickly during this time then they do once they choose their own weapon. After the vision has finished, the player selects one of nine different weapons; three melee, three ranged, and three magic weapons. Eventually the player is allowed a second choice from these weapons(or even more, but only two can be equipped at once), making for a hybrid type of skill system.

Progression in The Secret World is handled entirely differently than almost any other game(in fact, almost every system in TSW is handled differently). Instead of gaining levels, the player gains one skill point every time they fill their experience bar. The experience bar is also divided into thirds, and the player gains an ability point every time they fill one of those thirds, making for three ability points to every skill point. Investing skill points allows the use of better equipment, as well as unlocking new abilities for purchase in the ability wheel. Damage of weapons is also controlled by how many skill points are in the corresponding skill.

Abilities are divided into two types, active and passive. Active abilities allow the player to perform actions like throwing magic at an enemy or swinging their blade in a certain pattern. Passive abilities can often modify active abilities, adding additional damage or causing them to inflict some sort of weakness on the enemy struck. Some passive abilities will modify the character overall, such as increasing a certain type of damage by a percentage. With different passive abilities for every weapon skill, there is a very wide variety of possibility when making a character your own.

What am I doing again?

One of the most interesting features of The Secret World is how the game handles questing. Quests are divided into several different types, and players can only have a certain number of each type of quest at once. Most quests are repeatable on a timer of ~18 hours, but there is also a very wide variety of quests available; you won’t have to repeat any unless you want to. The intriguing part about these quests is that every one of them ties into the story of the area you are in, and of the game as a whole. Instead of revealing everything to the player through one main quest, side quests give background and perspective, sometimes giving the player knowledge about where to go or what to do for another quest. Some quests are actually entirely puzzles, requiring the player to take the hints they have been given and research them to find where to go next or what sequence to do things in. Similar to these quests are the sabotage quests, in which a player has to sneak through traps and cameras (but no enemies until the end boss) to reach the objective. Every bit of the game is packed with pieces of the game story, giving the almost single player feel that made SWTOR so popular initially.

Not all is perfect with this game though, and that part is no secret. Though it was initially released as a subscription based game, the developer (Funcom, maker of Age of Conan) decided to remove the monthly subscription requirement. A player must still purchase the game itself for thirty dollars, but after that no monthly subscription is required. Much like Guild Wars did, Funcom has decided to release DLC packs which add new dungeons, missions, items, and storylines to the game. This turned out to be a downfall for Guild Wars, but The Secret World seems to have cheaper DLC, more like how the end of the Half Life 2 story was released than full expansions to the game. Only time will tell how this model works for them, but having a game that is heavily story focused will help immensely in its success.

The Secret World is just one look at how the undead could destroy the world. With the proper equipment choices and a full arsenal of abilities at the players disposal, TSW gives anyone the ability to explore a dark new look at the world. Though this game is not completely free like some of the others I’ve reviewed, it does a good job of being worth the money required to purchase it. Anyone with a love of zombies or end-of-the-world scenarios will get even more than their moneys worth from The Secret World.