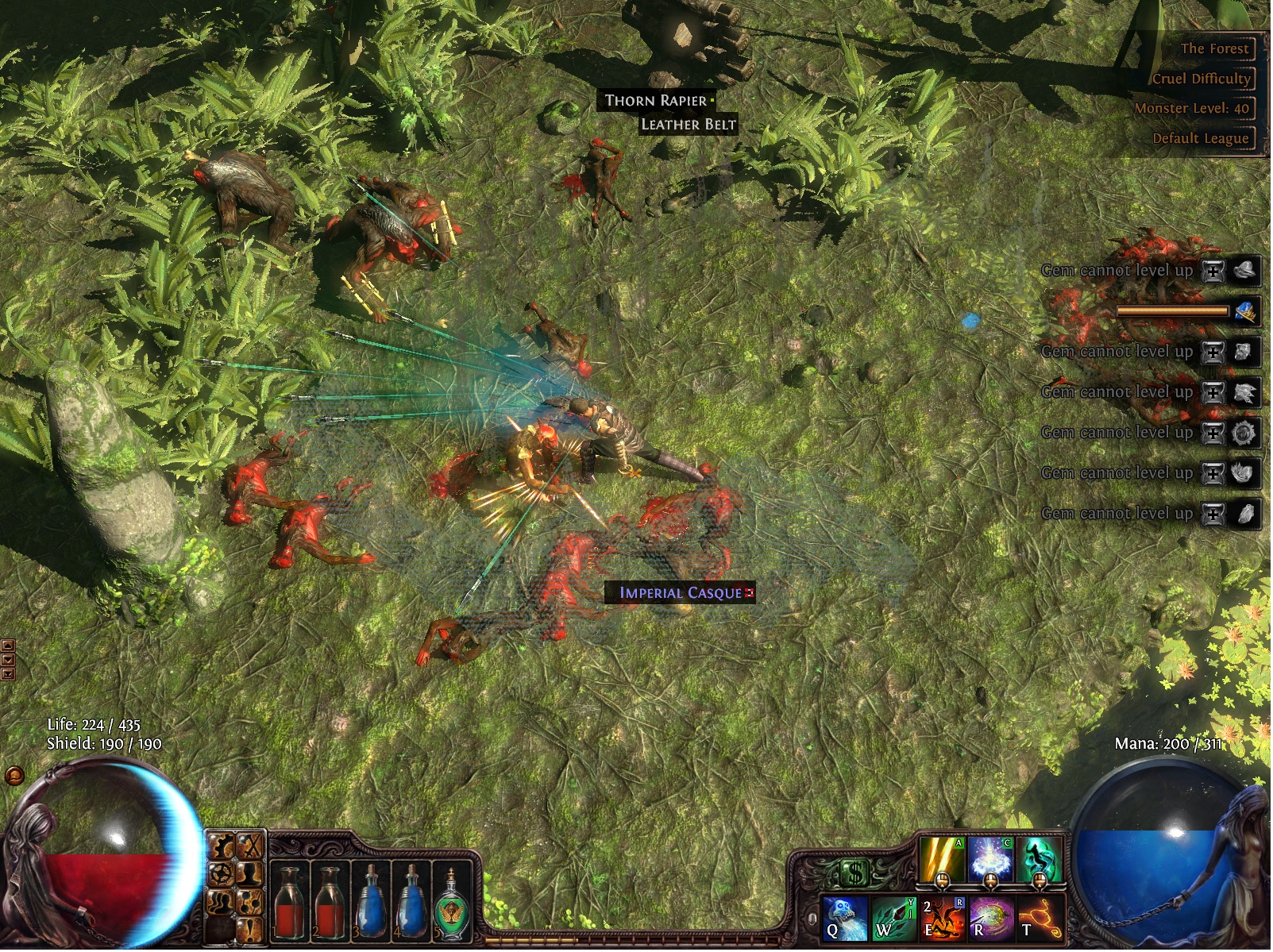 Out of the many genres of video games on the market, few can deny that Role-Playing Games(RPGs) more naturally garner large followings than other genres. Often the following of such games will last for more than a decade. From Diablo and Dungeon Seige to Ultima Online and World of Warcraft, we as gamers have seen RPG after RPG take off and keep going. However, though these games are well played and well liked, our overall evolution of gaming concepts and ideas has remained much the same.

More and more games are released each year that either recycle ideas from old games, or sell out to popularity instead of making a truly unique, in-depth game. I’m here to show you that Path of Exile is bringing new blood to the RPG fold with unique features and in-depth gameplay while still keeping the feel that gamers love so much. 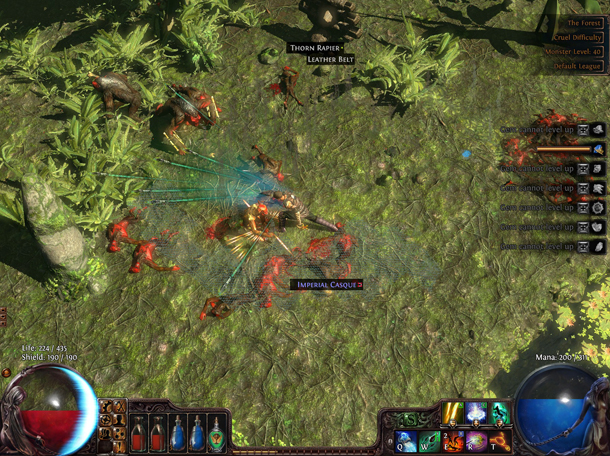 Hope in Path of Exile

Within the genre of RPGs, there are most certainly several different categories. While recently MMO gaming has become a center of the RPG world, the oldest of the RPG categories still lives strong; the dungeon runner. Starting with MUDs and stretching to the much-anticipated Diablo 3, the dungeon runner has had some of the most devoted fans of any game genre, and now there’s a new contender for their attention. After many players disappointment of the sequel to the Diablo series, the timing couldn’t be better.

Path of Exile is a dungeon runner unlike any seen previously. Let me just say right off the bat, this game is FREE. Yes, you read that right but I’ll say it again; this game is FREE. The developers seem to be fans of the genre themselves, and so have chosen to use an item-mall system over a license or monthly fee. This model has become a turn off to many due to a history of pay-to-win games, but the game studio behind Path of Exile(Grinding Gear Games) has made it clear they never intend to make it pay-to-win. Instead they offer customizations for appearance, allowing you to change your spell effects and item appearances. With easy access to game content and an even playing field with all other players, GGG makes it difficult not to try their game.

While currently still in its open beta testing phase, the game already has a full set of features. Much like Diablo 2 this game uses a random map and item generation system for dynamic dungeons and loot right from the get-go, a must for hardened RPG players. Once you have selected one of the six character types and named the character, you are loaded into Act I and put on a beach with a dying man next to you. The opening scene spells shipwreck, and as you get up and pick up your starter weapon, the dying man turns into a zombie and attacks. Upon killing him, this zombie will give you your first skill in the form of a red, blue, or green gem.

Many of these gems exist in the game and are divided into two types: skill gems and passive gems. Skill gems are exactly what they sound like, granting the character a new skill. Passive gems can be put into a socket linked to the skill gem(linking sockets is a random item property) to grant a modification or bonus to that skill. In order to gain the skill or bonus from a skill gem it must be fit into a socket on your gear of the correct color. Since items can roll one or more sockets and each can be any of those three colors, your starter weapon always has a slot for this type of gem. As you gain experience your equipped gems(skill and passive) will as well, eventually leveling and granting a boost to their damage or other effects. Sometimes it is best not to level up your gems because their stat requirements and mana cost can also increase with level. With up to six sockets(which can rarely all be linked) in some items and a wide variety of both skill and support gems, there’s almost no end to the possible combinations.

If you look in the inventory of the picture above, you’ll notice several small items circled. Each of these items has a purpose in the game, allowing you to upgrade items, reroll their stats, or make other such modifications. However, these items also form the currency system of the entire game. Every item bought or sold from a vendor is done with these items; usually called Orbs. By adding gear that gives higher quantity of items found you can increase the number of Orbs found, allowing an effective way of farming money. And if you’re worrying about where you’re going to put all this, you can stop. PoE grants a stash of four large pages to each account(shared between characters), and you can even buy extra pages in the item shop.p

Lastly, is a feature that truly gives enough depth to this game to match it’s features, the skill tree. If you look at the image below, you’ll see hundreds of circles connected by lines in different patterns. Closer to the center you can see a ring of 6 larger circles. Earlier I said that each class started at a different place on the skill tree; these are indicated by the 6 circles on the tree  The one in the middle of those isn’t a class currently and the one with the green, blue, and red circles is your characters class.  This means that each and every character can be made with any combination of any classes, as long as you can reach it on the skill tree. Since skills are based on stats, and stats are gained on the skill tree, you can create a completely unique character no matter where you start.

As I sat down to play Path of Exile for the first time, I found that the controls and feel of the game was very familiar. Though working with different skills and systems, I was reminded immediately of Diablo II. Shortly after, having gained several levels, I started to notice similarities to Dungeon Siege, and then Titan Quest. This game has taken a lesson from what feels like every other dungeon runner on the market, now and in the past. By making character customization incredibly in depth and improving features common to other dungeon runners, PoE has added spice to every part of the dungeon runner experience while still keeping the feel gamers love.

So is it the best out there? I’d probably be playing something else if it wasn’t.