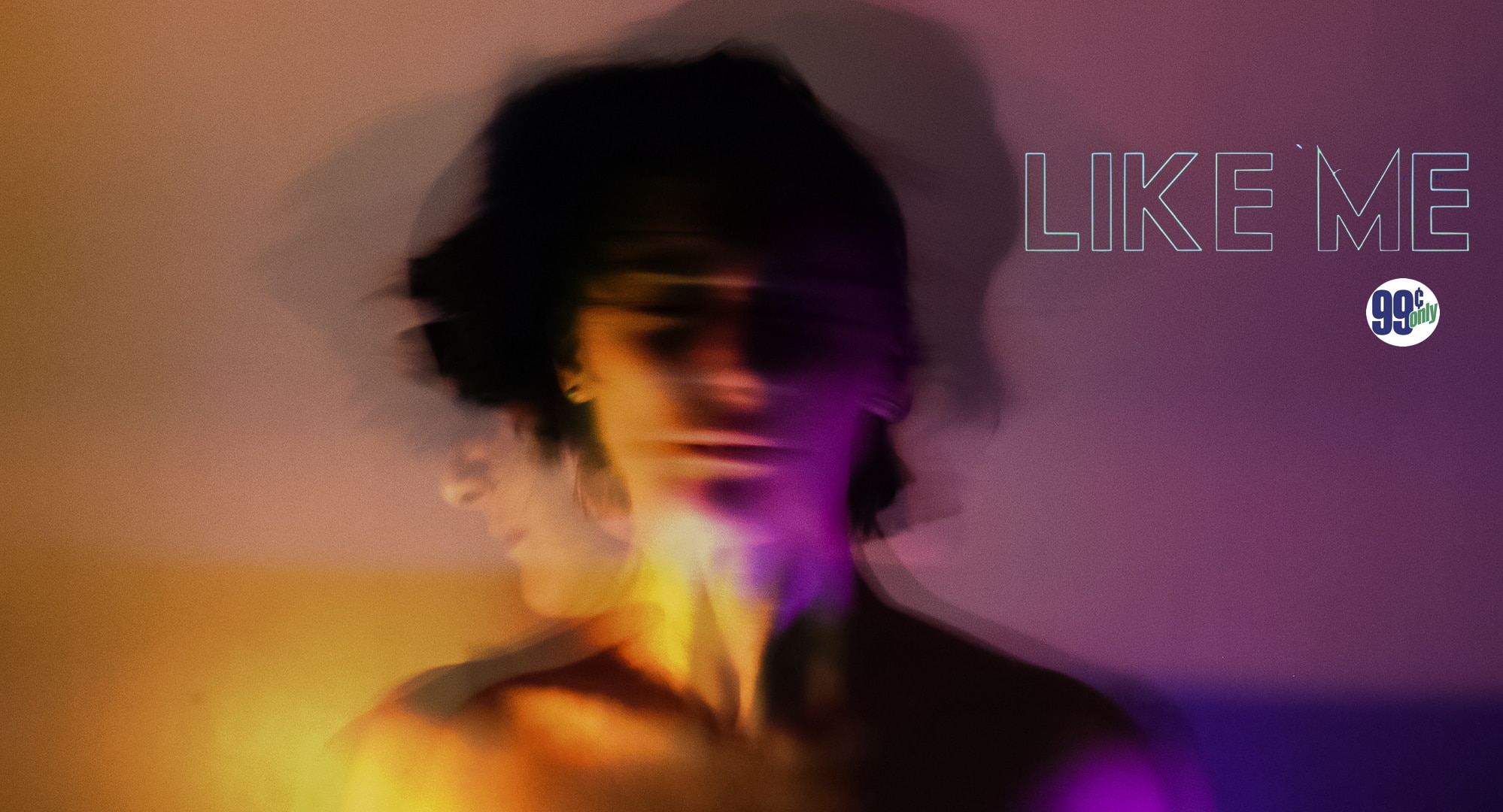 Ok, the featured $0.99 pick this week is the brutal, 2018 action/adventure tale of a boy and his wolf called Alpha. I haven’t seen Alpha. Though I’ve heard it’s not bad, I really just haven’t seen anything in the trailer that makes me want to invest my time in it. As always, I might be wrong about that, so I’d encourage you to watch the trailer and decide for yourself. That decision was a little easier for me this week because one of my favorite flicks of the past decade was in the “Movies You Might’ve Missed” section of iTunes, and I’ve been dying to revisit it. So …

A young woman finds social media fame and folly after broadcasting her own crime spree in Like Me.

Are You Scared of Me?

Kiya’s a lot like most people her age in that she spends more time than she should obsessing over social media celebs and tending to her own online persona. Only Kiya’s online persona is a devilish, whip-smart young woman on a deliriously random crime spree that she’s broadcasting to her growing fanbase. So no, Kiya’s not really like anybody else her age. Nor is Robert Mockler’s haunting, harrowing, and nightmarishly abstract social media thriller like any movie you’ve seen before. 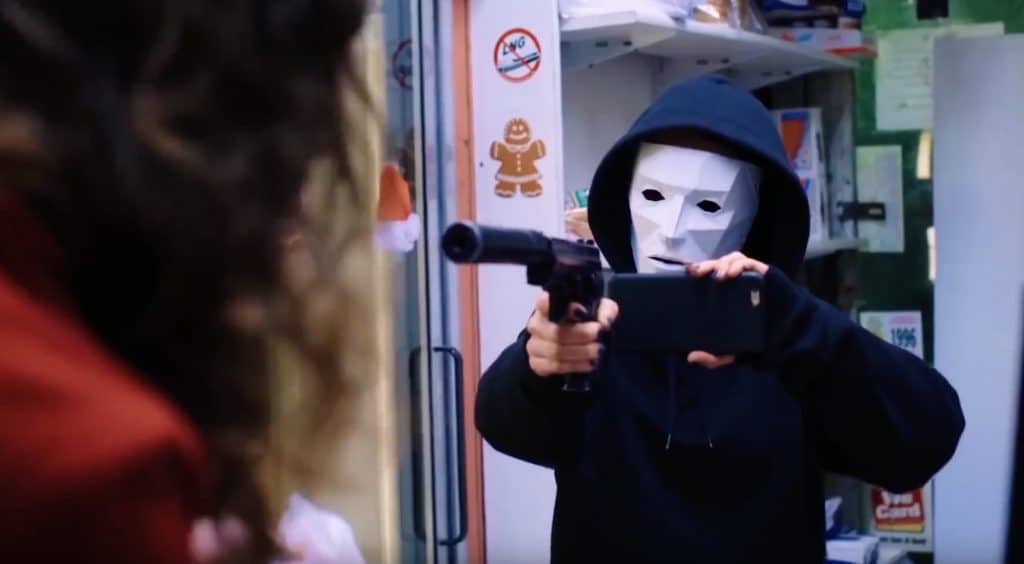 What If There’s More to Tell?

I’m really hoping that the term “social media thriller” didn’t scare too many of you away from Like Me. While that relatively new sub-genre has certainly spawned more misses than hits over the past few years, I was dead serious about Mockler’s sobering, emotionally disarming movie not being anything like its mostly underwhelming contemporaries … or really any other film for that matter.

Mockler’s wildly unconventional approach to the film’s narrative is largely to thank for that. The director (who also wrote, produced, and co-edited Like Me) opens the action with what appears to be a harmless interaction that quickly mutates into something entirely unexpected, and equally unnerving. He closes the film with an audacious act of violence as absurdly over the top as it is emotionally devastating. The moments in between find the director taking a kaleidoscopic, unabashedly in-your-face approach to the story that teeters gingerly between impressionistic road movie to isolationist chamber horror to full on psychedelic farce/character study about the ever-intensifying disconnect from humanity that accompanies a life lived in search of online accolades.

That probably sounds like Mockler bit off more than he could chew in presenting such a tonally disparate narrative threads. In truth, there is a lot going on between the margins of Like Me, but Mockler (in his first feature film) proves himself a director with a surprisingly dexterous hand. One that allows him to guide the film into and through what should be one too many stark tonal shifts with uncommon ease. In truth, Mockler does such of fine job of weaving his narrative diversions into one intensely focused story that said shifts feel like natural extensions of the austere, like/share randomness that spawned them.

Coupled with James Siewert’s vibrant, flagrantly flashy photography, those shifts help drive the film’s small-scale narrative forward with the kinetic energy of a big budget action flick. Of course, Like Me is about as far from big budget action as a film can get. Rather, Mockler lends his out-to-shock tale of millennial despair within the framework of a finely tuned character study. As such, he allows his young star Addison Timlin – whose performance is as endearing and heartbreaking as it obnoxious and off-putting –  to draw viewers giddily into a vividly realized, emotionally vacant world that’s likely to feel uncomfortably familiar to most.

Once Timlin secures your buy in for Like Me, Mockler & Co. take obvious pleasure in pulling the rug out from under at every narrative turn. Along the way, they transform their fun into a visually arresting, emotionally draining social satire that will leave you shaken to the core, and questioning the veracity of your own online presence. Try and understand that isn’t necessarily a bad thing. 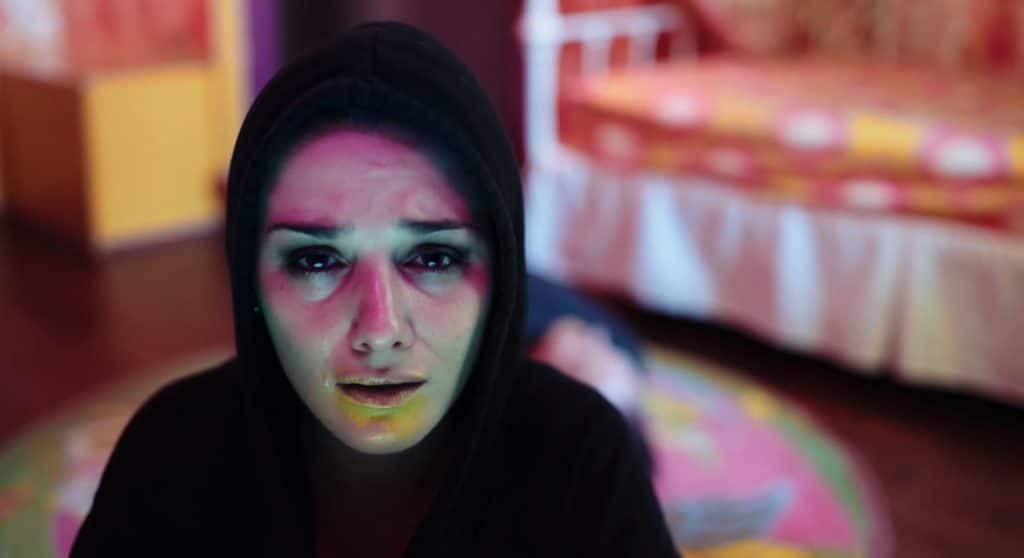 Look, I was 100% serious when I said Like Me is one of my favorite films of the past decade. That being said, it’s certainly not for everyone, and I’d fully anticipate that as many of you will despise every agonizing moment of this potent little anti-thriller as will love it. But if there’s even a minute chance that it’ll get under your skin the way it got under mine, well, that’s got to be worth risking one measly dollar, right?